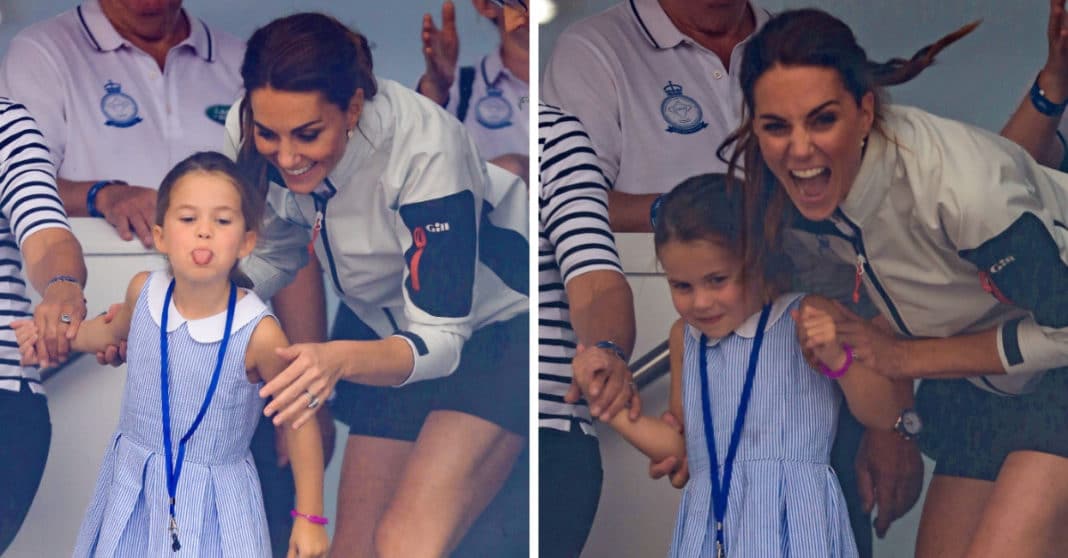 Girls just wanna have fun. That also applies to princesses too! And that’s just what Princess Charlotte did while greeting photographers at the King’s Cup Regatta last week.

The 4-year-old was brought to see the crowd from a window with her mom, but instead of her usual smile and wave, Charlotte surprised Kate Middleton as well as the onlookers by sticking out her tongue.

The cute and cheeky moment reveals the spirit of this young princess. Many people have mentioned how she’s quite charming for her age. And the lighthearted moment didn’t upset the Duchess of Cambridge, who laughed it off. The media was also shocked to see Kate wearing shorts at the event, as sharts are usually against royal protocol.

Both she and Prince Williams were skippers on competing boats at the event on the Isle of Wight in England.

Prince George and Princess Charlotte cheered their parents on as they competed. Charlotte was sporting a blue-striped dress with a white-collar. And George wore a black-and-white striped shirt. Prince Louis was also in attendance, but he didn’t make a public appearance.

Prince William’s boat came in third place out of eight, while Kate’s boat came in last after being disqualified in the final race. Ever the good sport, the dutchess was all smiles as she was awarded a giant wooden spoon for her loss. The event’s winner was celebrity outdoorsman Bear Grylls.

Check out the video below to watch the adorable Princess Charlotte sticking out her tongue!