Prison Inmates Break Out Of Cell But They Don’t Try To Escape. When I Saw Why…Wow 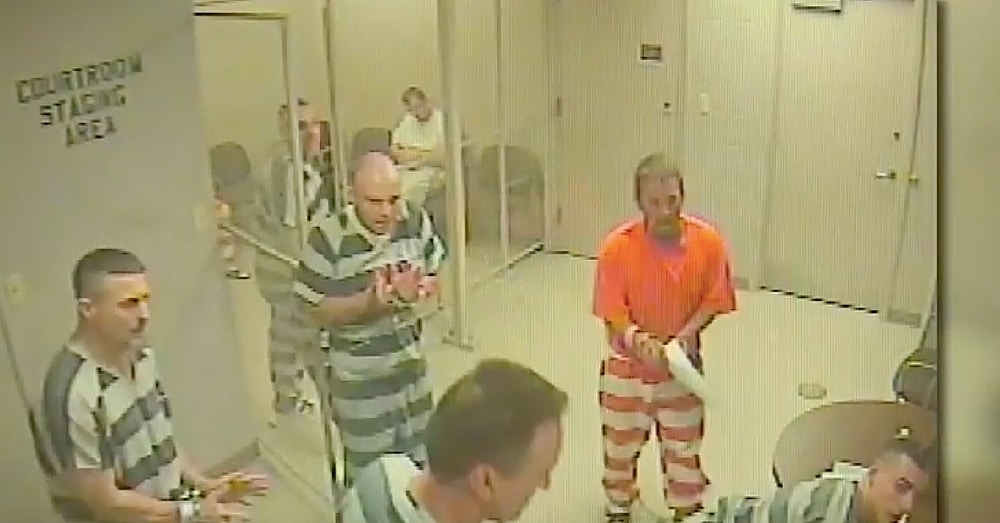 A group of inmates in Texas was caught on video breaking out of their cell to save a guard’s life while they were still shackled, ABC affiliate WFAA reports.

Eight prisoners—some of whom were arrested for violent crimes—were locked up in a holding cell in the basement of the Weatherford District Courts Building when the guard watching them suddenly slumped over from an apparent heart attack and stopped breathing.

Even though they knew how bad the scene would look to the armed guards, the inmates still sprung into action, trying to get the incapacitated jailer some help. The video footage shows the inmates in handcuffs, yelling and banging on the walls of the cell. When that didn’t work, they broke out and rushed to the guard’s aid.

“We were worried [the other guards were] going to come with guns drawn on us,” inmate Nick Kelton told WFAA.

All the noise finally tipped the guards off, and they rushed downstairs thinking the inmates had started a brawl. The other guards quickly got the prisoners back into their cell and found the deputy collapsed on the ground without a pulse. Thanks to the inmates, paramedics managed to get to the scene in just enough time to resuscitate him and get a pulse, ultimately saving his life.

“It never crossed my mind not to help whether he’s got a gun or a badge,” Kelton said. “If he falls down, I’m gonna help him.”