Principal Finds Out Students Tease Boy With Bald Head, Shaves Off Own Hair To Teach Bullies A Lesson 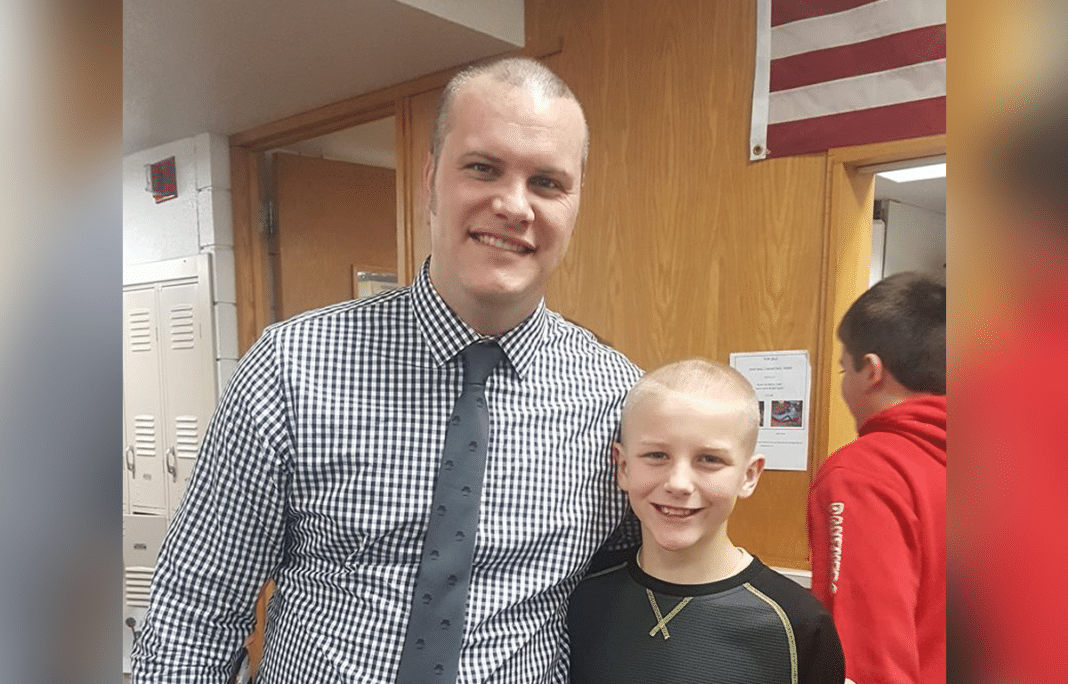 Jackson Johnston, an 11-year-old student from Pekin Middle school in southeast Iowa, took a bold step to shave his head in solidarity with his beloved Grandpa. “Papa Rick” was diagnosed with lymphoma, and was losing his hair, so Jackson decided he wouldn’t let him go it alone.

“I’ve always wanted to be like him. Knowing that I made him feel good when he didn’t feel that well meant a lot to me,” said Jackson. 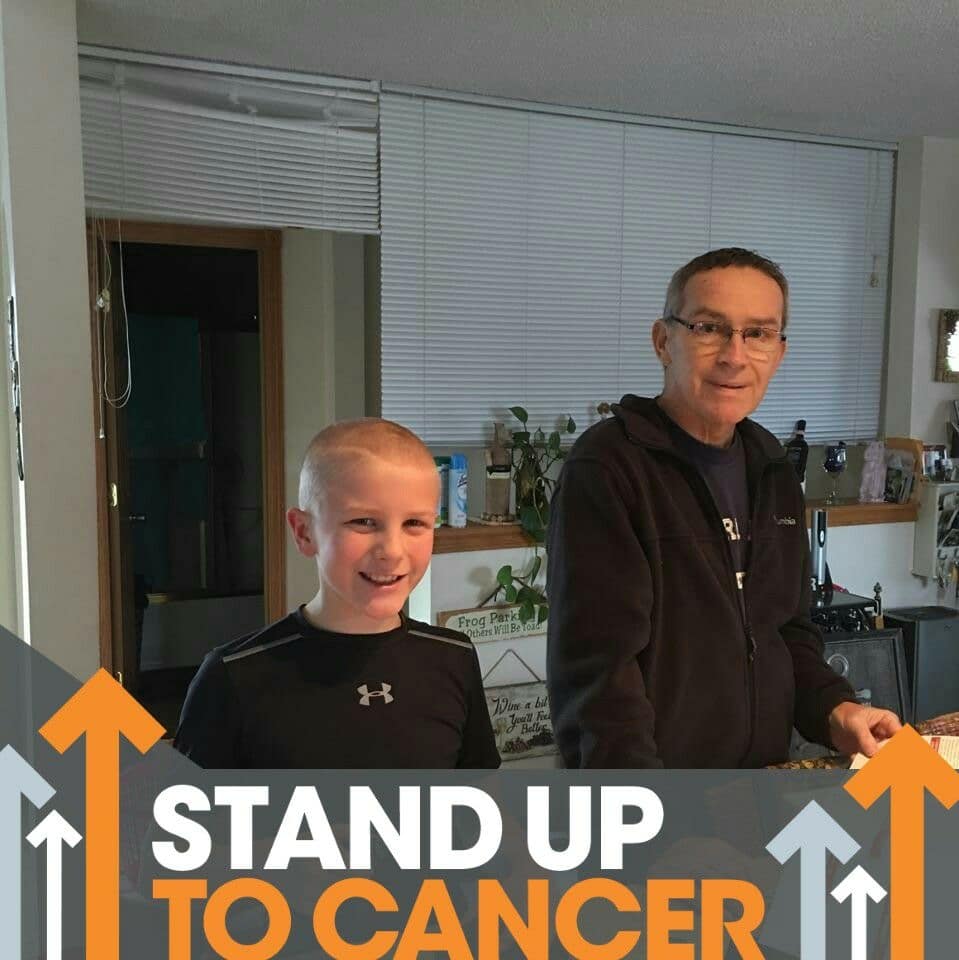 Jackson shaved his hair on a Sunday. The next day at school, he was distressed when some of his fellow students started to bully him.

“Right off the bat I got two mean comments at the table — ‘baldy’ and ‘you look like you have cancer.’ I got really mad at first, but then I got really sad throughout the day,” Jackson said.

Jackson’s mom was distraught to see her son so sad after he had just wanted to encourage his grandpa, so she reached out to Principal Tim Hadley.

The concerned principal had an unusual request. He asked Amber to send the hair-clippers that Jackson had used to shave his head with him to school the next day.

He called for a special assembly of 175 students, where he asked Jackson to shave his head. 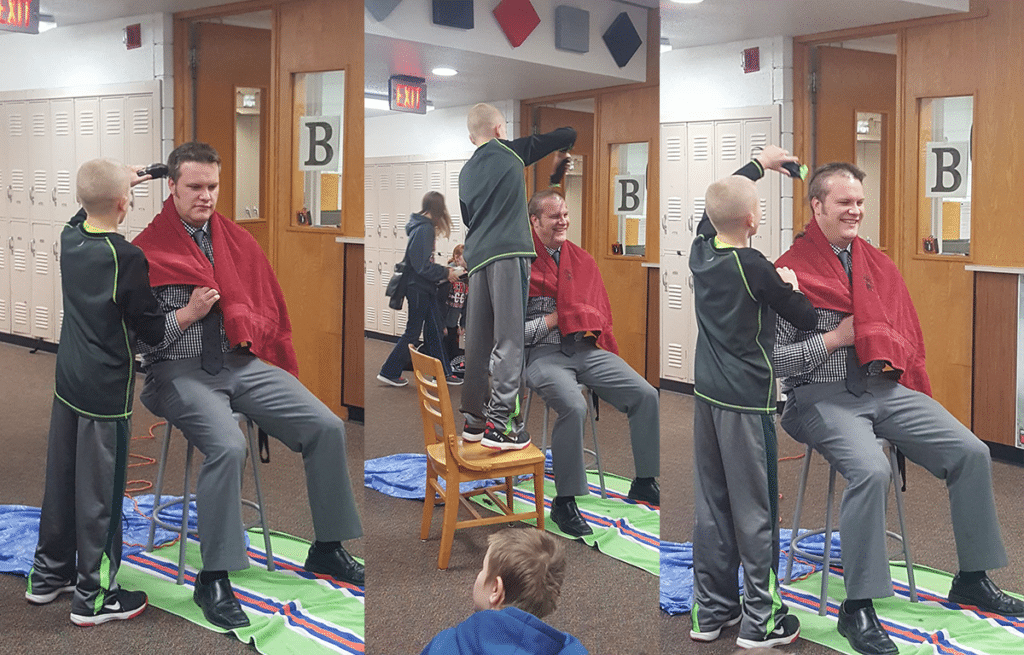 Jackson shaves the principal before his classmates

“First of all, I’m very proud of you, Jackson,” said Hadley. “That’s an amazing step. It’s very bold to do that. It means a lot. Family means a lot to me.”

The principal revealed that his mother and mother-in-law, as well as others in his family, had died from cancer. He asked for a show of hands of all of those in the room who had lost a family member to cancer, and hands went up across the classroom.

“So for us to judge somebody’s reaction to that –it’s wrong, and we can do better.”

Hadley taught the kids to stand up for others like Jackson too.

“If you believe in someone else, stand up for them, and make a difference. You can do that. It’s a simple thing. So in standing up for Jackson and showing my support for his Grandpa Rick, I’ve offered to let Jackson shave my head today,” he said.

And that’s just what happened, as all of the kids watched in amazement.

Today, Jackson faces his own health issues. He was diagnosed with Ehlers Danlos, a group of connective tissue disorders, and Postural orthostatic tachycardia syndrome (POTS), a syndrome that affects blood pressure, in April 2018 at the Mayo Clinic. The family is raising funds to pay for rounds of testing and travel to visit specialists.

The family has set up a fundraiser to pay for medical expenses, and Jackson appears to be responding well to treatments.

See the video that went viral on Facebook below: