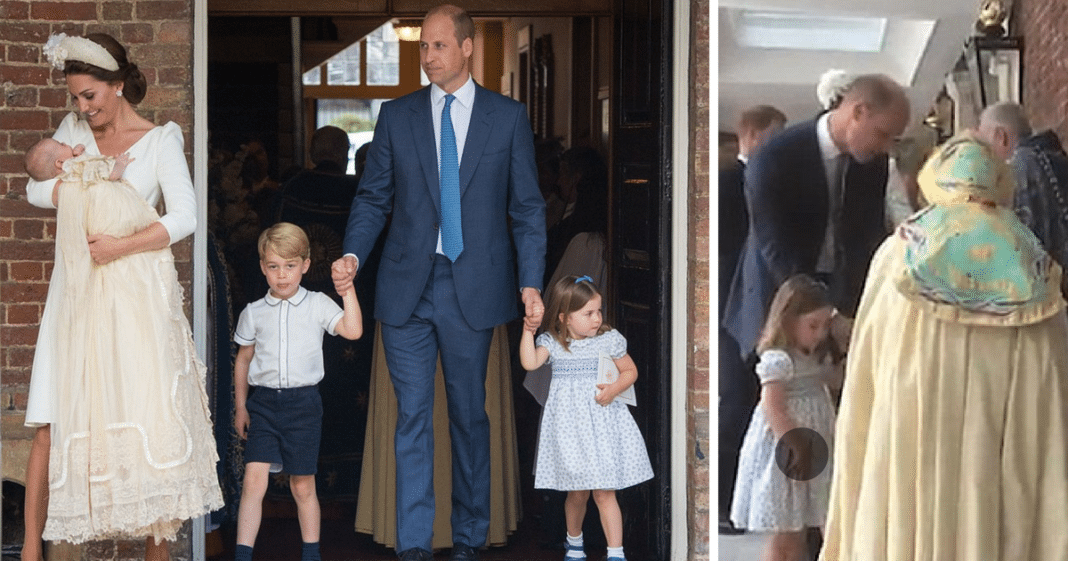 Princess Charlotte is known for stealing the show with her delightful royal wave and confident nature. The little royal, three, showed off her impressive manners, politely shaking the Archbishop of Canterbury’s hand as she arrived for her infant brother Prince Louis’ christening. 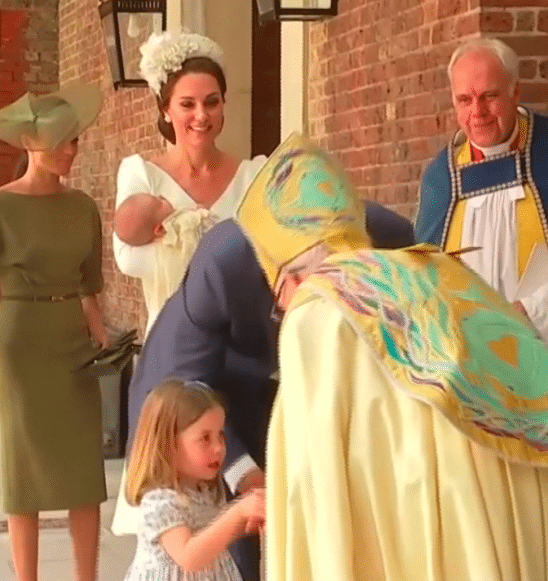 William was holding Prince George and Princess Charlotte by the hand and could be heard encouraging them as they made their way into the chapel.

Charlotte gave a cheery wave as she walked towards the cameras while her older brother George looked more hesitant.

William encouraged George and Charlotte to ‘shake hands’ with the Archbishop, before telling her: ‘Well done’.

She also shared a handshake with The Dean of The Chapel Royal, The Right Reverend and Right Honourable the Lord Chartres before heading inside.

After the ceremony, Charlotte emerged and waved sweetly again for the cameras.

A beaming Duchess of Cambridge cradled Prince Louis in her arms as she carried him home following his christening. The proud mother, 36, gazed adoringly at her 11-week-old son as she left intimate service. The christening was the royal family’s first public appearance as a family-of-five.