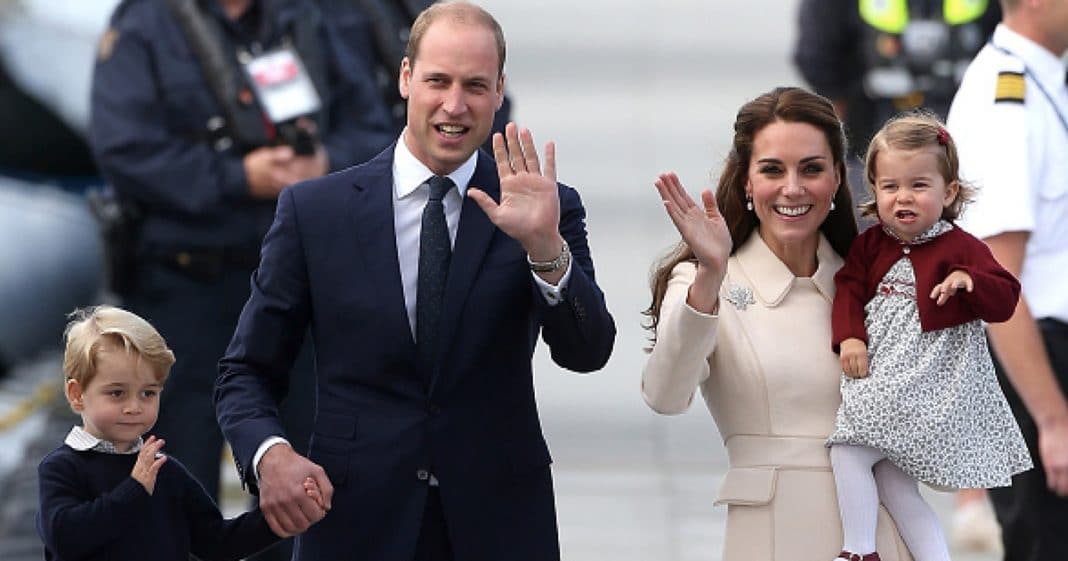 Okay, so Prince William and Kate Middleton don’t lead “normal” lives. They live in a palace with their two children, Prince George, 4, and Princess Charlotte, 2. They have a country “cottage” that’s a mansion.

As part of their professional lives, they travel around the world meeting hundreds of people. They mingle with politicians, other royalty, and dignitaries, as well as average people.

On these whirlwind royal tours they sometimes bring their kids along, but recently they revealed one fact that does kind of normalize the royal family and make them seem like other parents who aren’t royal.

William and Kate don’t allow their little ones to play with electronic or mobile devices like iPads. An insider said about the Duke and Duchess’ parenting style:

“iPads are very much seen as Mummy and Daddy’s toys, not for children. As two people who grew up without gadgets for entertainment themselves, William and Kate are firm believers in toys, outdoor play, and encouraging an active imagination. They’re very much a normal family.”

Like many kids their age, Prince George and Princess Charlotte love their toys. George enjoys everything on wheels. And sweet Charlotte? She’s into Disney princesses.

Ironically, Charlotte doesn’t yet know she’s a real royal herself. However, as much as his parents have tried to give him a “normal” upbringing, insiders reveal that young Prince George is starting to realize he’s not like most kids.

“He’s at an age where he’s starting to realize that the world he lives in is different to his friends,” one insider revealed, also noting that the little prince is growing up to be a “very confident young boy.”

Despite their over-the-top royal lives, Prince William and wife Kate are doing their best to ensure their children experience a childhood similar to their own. Prince William (thanks to his mother, the late Princess Diana) grew up knowing there was more to his sheltered world outside the palace walls.

Diana took William and his brother, Prince Harry, to McDonald’s and homeless shelters. She made them ride the bus and take the subway. They learned early on that not everyone lived as they did.

Undoubtedly, William and Kate were influenced by Princess Diana and Kate’s parents who also instilled being active and having fun. We’re certain William and Kate are doing what they can to bring up their children with the same values they were shown.

Do you applaud the way Prince William and Kate are raising their children to be as “normal” as possible? So share this!