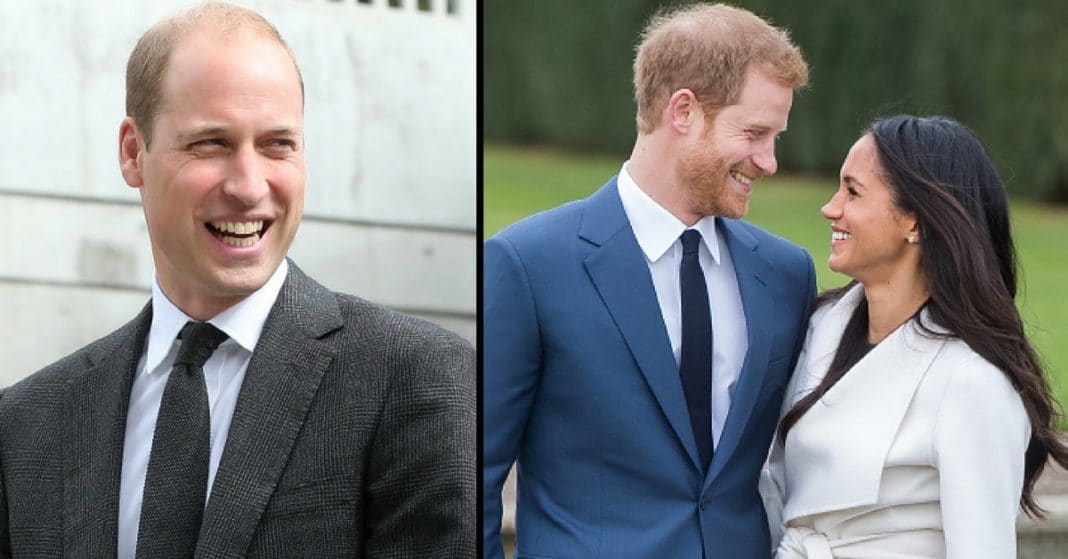 Sibling rivalries are as old as Cain and Abel, and the competition doesn’t go away just because you’re royal!

Princes William and Harry have always been close. They had to be – growing up as a part of the royal family and in the world’s spotlight isn’t easy, and there aren’t too many other people who truly understand what that is like.

The pair loved to play together growing up, they were there for each other through the difficult days, months, and years after their mother’s tragic death, and today they work together on several different charities and campaigns.

When the engagement of Prince Harry and Meghan Markle was announced, William and his wife, Duchess Catherine, were quick to offer their congratulations.

“We are very excited for Harry and Meghan,” they said in a statement. “It has been wonderful getting to know Meghan and to see how happy she and Harry are together.”

But it appears older brother William couldn’t resist getting a little jab in at his younger sibling.

While on a quick visit to Finland, William was asked by reporters about the engagement news, and that’s when William said what he really felt about the whole thing.

“We’re very excited, delighted for them both. We’re wishing them all the happiness in this very exciting time,” he told them before quipping: “Personally, I hope it means he stays out of my fridge and will stop scrounging my food, which he’s done for the last few years!”

Prince William accuses his brother of being a food thief. “Stay out of my fridge” now you’re engaged, he tells Harry #RoyalWedding pic.twitter.com/ik7JfFnLfW

Meghan is a self-proclaimed “foodie” and was even in the process of roasting a chicken when Harry popped the question, so we’re sure she’ll keep her husband well-fed! But just in case, Harry and Meghan will be living just a few doors down from William and Kate. We’re sure he’ll be popping in from time to time!

Are you happy Prince Harry has finally found love? So share this!