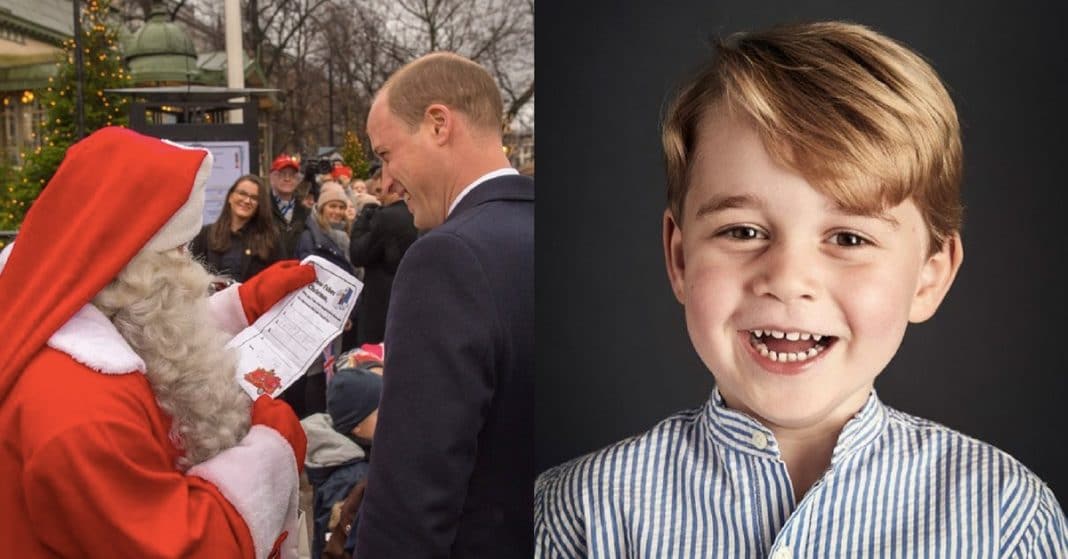 Prince William took a quick royal visit to Finland this week and used the opportunity while he was closer to the North Pole to hand deliver his son George’s Christmas wish list to Santa (aka Father Christmas).

“I had to give you this letter,” he told Santa, whom he met in Helsinki while visiting a traditional Christmas market.

The list looks like something little George may have filled out at school. At the top, he circled that he has been “nice” this year, though who could doubt that of the sweet young prince!

The rest of the list is an adorable insight into the desires of a young boy who many might assume already gets everything his heart desires or may even be spoiled. However, Prince William and Duchess Catherine have been very careful to keep their children grounded. They’ve even banned all electronic and mobile devices from their home!

So what does little George want for Christmas?

The list had spots to ask for five different items, but the 4-year-old only asked for one thing from Santa this year: a (we assume toy) police car!

At the bottom of the list, George included his adorable signature, which we’re sure he’s been working hard on at school!

It’s a refreshingly sweet request from a little prince who could have literally asked for anything, and it looks like Santa is going to make sure he gets what his heart desires!

“He hasn’t written down many requests, so I think one request is probably okay,” William said.

Embed from Getty Images
And this isn’t the only gift George will receive. While they won’t arrive in time for Christmas, the young prince is looking forward to getting a new baby brother or sister and a new aunt in the coming year!

We’re sure this Christmas will be a very memorable one for this future king!