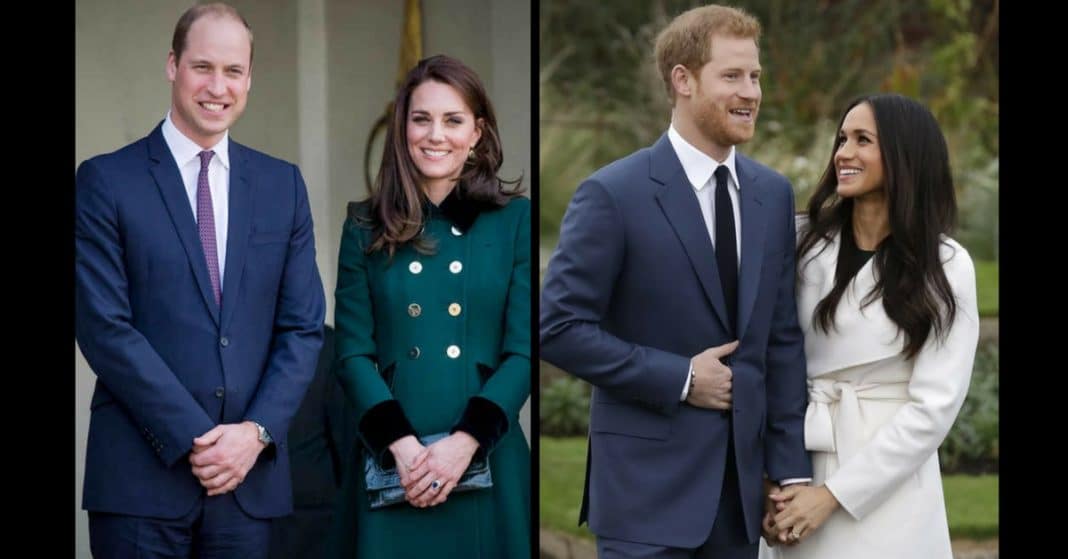 This week has been a whirlwind for Meghan Markle. The announcement of her engagement to Prince Harry was made on Monday, and the public has been captivated ever since.

Indeed, Meghan has much to learn before joining the ranks of the most famous family in the world. She and Prince Harry were in Nottingham today for a walkabout – a casual event where royals meet residents and visitors alike. It was a very laid back yet chaotic outing, but Meghan appeared to take it all in stride.

She and Harry held hands, linked arms and had their arms wrapped around each other during the event. They also separated and greeted people on their own.

Public displays of affection are quite rare during public engagements for royals. William and Kate never hold hands while out together on royal engagements. Neither do the Queen and Prince Philip, and they’ve been married for 70 years.

Harry and Meghan are breaking the royal mold. Since their first public appearance together at the Invictus Games in September, they’ve shown open displays of affection by holding hands, rubbing each other’s backs, and linking arms. Their closeness is evident and refreshing.

Embed from Getty Images
Myka Meier, a royal etiquette expert and the founder and director of Beaumont Etiquette, shared her take on the couple’s surprisingly casual behavior:

“There is no protocol that says they cannot show affection on official engagements, and this gesture makes them relatable and lovable to the public,” she said. “Megan and Prince Harry holding hands at a royal engagement is a refreshingly modern approach to their new role both as a couple and as representatives of the royal family.”

“It is rare to see royal couples holding hands on official outings,” she continued. “While we are much less likely to see The Duke and Duchess holding hands in public, we often see Prince Charles and The Duchess of Cornwall holding hands – it’s all simply a matter of preference for each couple and is also likely dependent on the nature of the event they are attending. A more serious engagement would warrant a more serious level of professionalism, which each royal is sure to follow.”

I love that Harry and Meghan are so publicly open about their love for one another. It makes them appear more relatable and human. Their relationship seems real and genuine.

Given how Prince Harry’s parents’ marriage wasn’t a warm one, it’s great that he and Meghan aren’t afraid to show how much they love each other.

Are you happy to see that Prince Harry has finally found love? So share this!