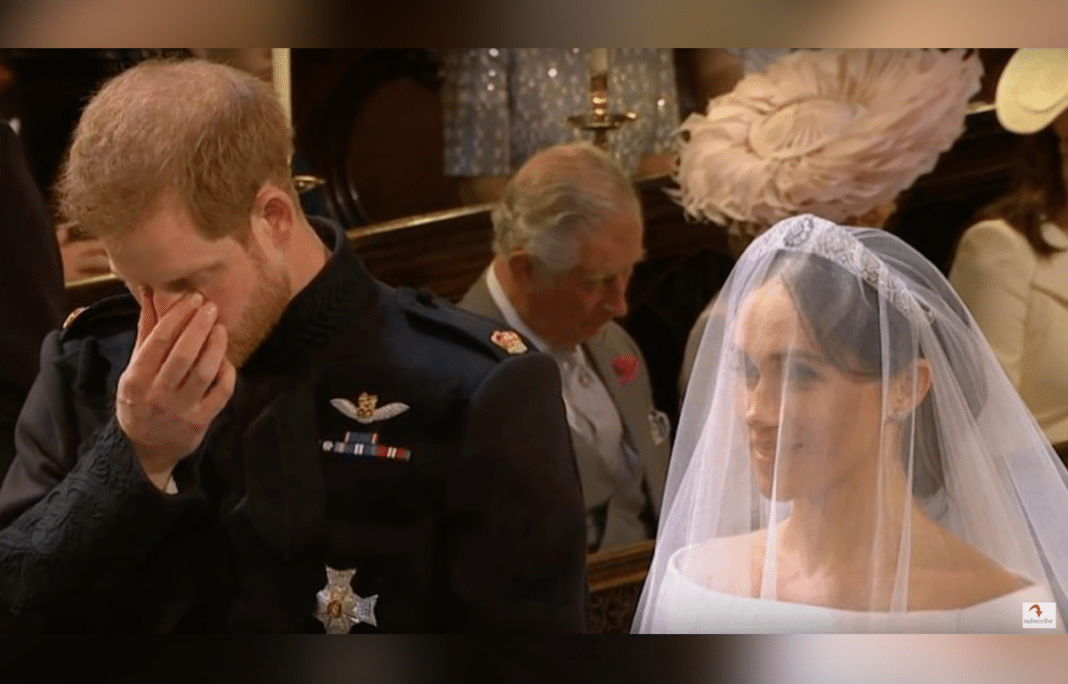 The royal wedding of Prince Harry and Meghan Markle on May 19th lived up to the image of a fairytale, but it was the human moments made it truly memorable. Prince Harry was brought to tears twice: Once when he saw his bride coming down the aisle, and another time when his mother, Princess Diana’s favorite hymn, “Guide Me, O Thou Great Redeemer” finished playing.

Prince Harry finally seems to have a bit of emotional closure, as he reported he had only cried twice before following his mother’s tragic death in a car crash in Paris.

He said the first time was at Diana’s private burial at the Althorp estate, where she was laid to rest on a small island in Oval Lake in 1997.

“The first time I cried was at the funeral on the island,” he said. And only since then, maybe once more. There’s a lot of grief that still needs to be… to be let out,” said harry.

Prince Harry heard the hymn played at his mother’s funeral when he was just 12 years old.

Prince William and Kate chose the same hymn for their wedding in April 2011.

The hymn was specifically chosen as a tribute to the late Princess, along with many other tributes to her that day.

Meghan carried Princess Diana’s favorite flowers, forget-me-nots in her bouquet. It was later laid on the grave of the Unknown Warrior as a tribute to the nation’s war casualties. The royal wedding flowers were later turned into bouquets for hospice patients.

Meghan wore something very special to Princess Diana to her reception… #royalwedding https://t.co/jUPPOuguJs

See one of the emotional moments for Prince Harry below:

More of the best moments from the royal wedding below: