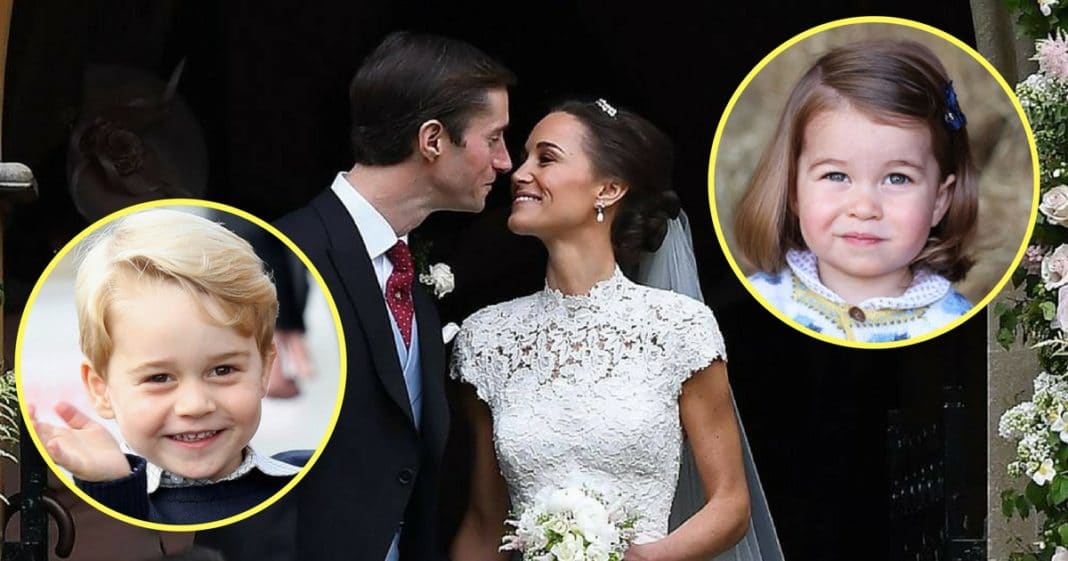 It wasn’t quite a royal wedding, but there were definitely a few royals in attendance! And it’s the two littlest ones who have prompted a collective “Aww!” from people all over the globe.

On Saturday, the Duchess of Cambridge’s younger sister, Pippa Middleton, got the wedding of her dreams when she married hedge fund manager James Matthews.

While Pippa herself isn’t royal, her connection to the royal family meant there was much anticipation surrounding her nuptials.

The couple wed in a ceremony at St. Mark’s, a 12th-century church where the bride grew up attending services with her family.

Pippa was stunning in a classy, high-necked, lace wedding gown, and her joy was evident in her contagious smile.

Kate was there to lend a hand, but was sure not to take the spotlight from her sister.

For 3-year-old Prince George and 2-year-old Princess Charlotte, though, this was their time to shine as they acted as pageboy and bridesmaid respectively for their aunt.

While Kate earlier admitted she was nervous about how her children would behave, the adorable royals heeded their mother’s admonitions and appeared to be on their best behavior during the service!

The scene as the wedding party exited the church brought to mind images of some other highly anticipated weddings.

We wish James and Pippa all the best as they begin the rest of their lives together!

Did you love seeing these sweet pictures as much as we did? So share this!