Prince George Heads To 1st Day Of School, People Instantly Notice Something ‘Off’ About Photo 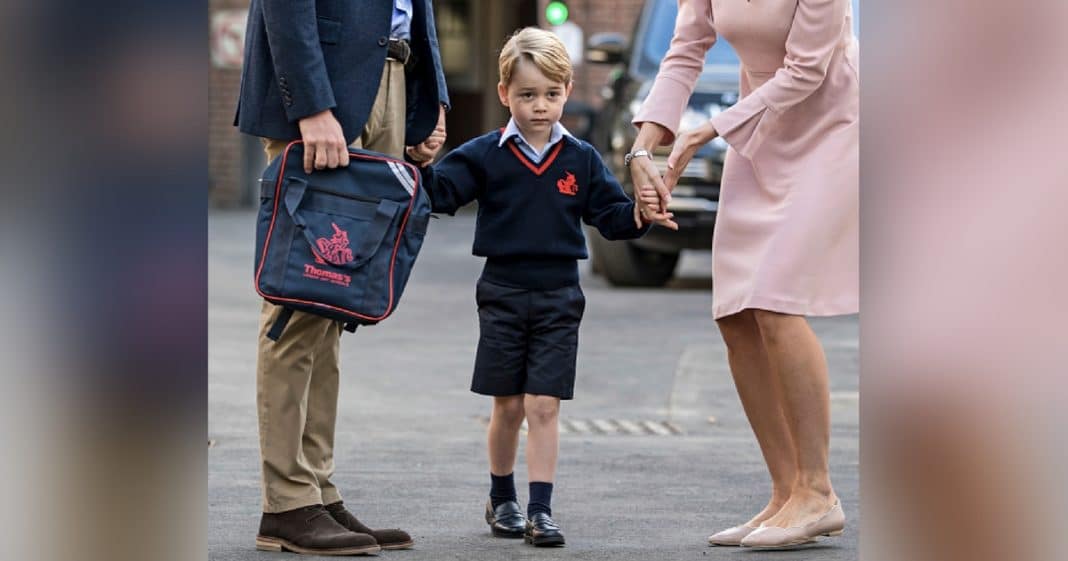 Prince George is growing up! It seems like just yesterday we watched with joy and celebration as William and Kate walked through the doors of the hospital to introduce him to the world, but now the little prince is starting school!

George Cambridge, as he will be known by his teachers and classmates, is attending the prestigious Thomas’s Battersea in London.

As he walked up to the school, he looked a little nervous. Even royalty can get first day of school jitters!

George held on tight to dad’s hand as he walked up to the school, but there was one person noticeably missing from the big event – Duchess Catherine.

The palace recently announced that Catherine and William are expecting their third child. Unfortunately, the duchess has been afflicted with hyperemesis gravidarum, a severe nausea some women experience during pregnancy that can even send them to the hospital.

While at first the above photo appeared to include Kate in it, the woman pictured is actually Helen Haslem, Head of Lower School. (We should have known – Kate’s always in heels!) It’s clear Prince George is already well-versed in good manners as he politely shook Helen’s hand before being escorted to his classroom.

We know Kate was heartbroken to miss George’s first day of school, but we’re sure he’ll rush home afterward full of stories to share with her.

Thomas’s Battersea is the perfect place for George to interact with a variety of people from the country he will one day rule. According to a school guide, the students include a wide variety of international families representing “19 different foreign languages spoken at home.”

At a reception for the England under-20 soccer team later in the day, William spoke to the head coach about dropping George off at school, telling him it was a “good day. It went well. There was one other parent who had more of an issue with their children – so I was quite pleased I wasn’t the one.”

There is much for the young prince to see, do, and discover. You’ve got this, George!

Embed from Getty Images
Did you love seeing these photos of Prince George’s first day of school as much as we did? So share this!