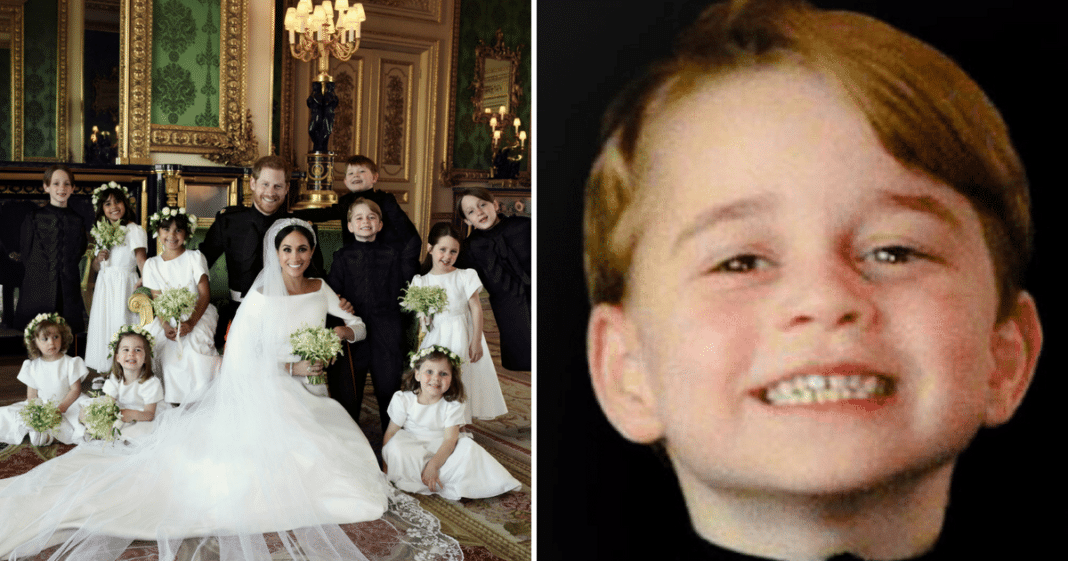 Much of the world is still enjoying the afterglow of the royal wedding of Prince Harry and Meghan Markle on Saturday, especially since the official wedding photos are now out. Everything is picture perfect, and as we might expect, it’s Prince George and his sister Princess Charlotte of Cambridge who steal the show.

The photos exude genuine happiness, and even Prince George is beaming. Unlike his sister, he tends to be more camera shy and appeared tired at some points during the wedding. However, he was clearly warming up to the photographer in the official photos.

The Duke and Duchess of Sussex have released three official photographs from their Wedding day.

In this shot, the future king stand out, grinning from ear to ear.

The Duke and Duchess of Sussex with the Bridesmaids and Page Boys, taken by photographer Alexi Lubomirski in the Green Drawing Room of Windsor Castle. #RoyalWedding pic.twitter.com/nFaPQSIzVl

The Page boys wore a scaled-down version of the Blues and Royals frockcoat worn by Prince Harry and his best man, Prince William.

It was the first time George wore full-length trousers in public, breaking with long-standing tradition for the Royals.

Kensington Palace says they chose not to include matching hats and white waist belts for practical reasons. The miniature uniforms had the initials of their wearer embroidered in gold on the shoulder straps.

Princess Charlotte and the other bridesmaids wore monogrammed white leather Aquazurra shoes given to them by Meghan for a keepsake. She wore a crown of flowers and carried a bouquet that matched Meghan’s arrangement.

Forget-me-not flowers were added since they were Princess Diana’s favorite flower. Charlotte turned heads as she showed off her well-practiced royal wave, upstaging her brother in this department.

At one point, she used her gown as a tissue, proudly showed off her shoes, and stuck out her tongue at the cameras, which is exactly what Prince Harry did when he was little.

Seeing the royal kids behaving like ordinary kids added much charm to the occasion.

And here is Prince Harry today: 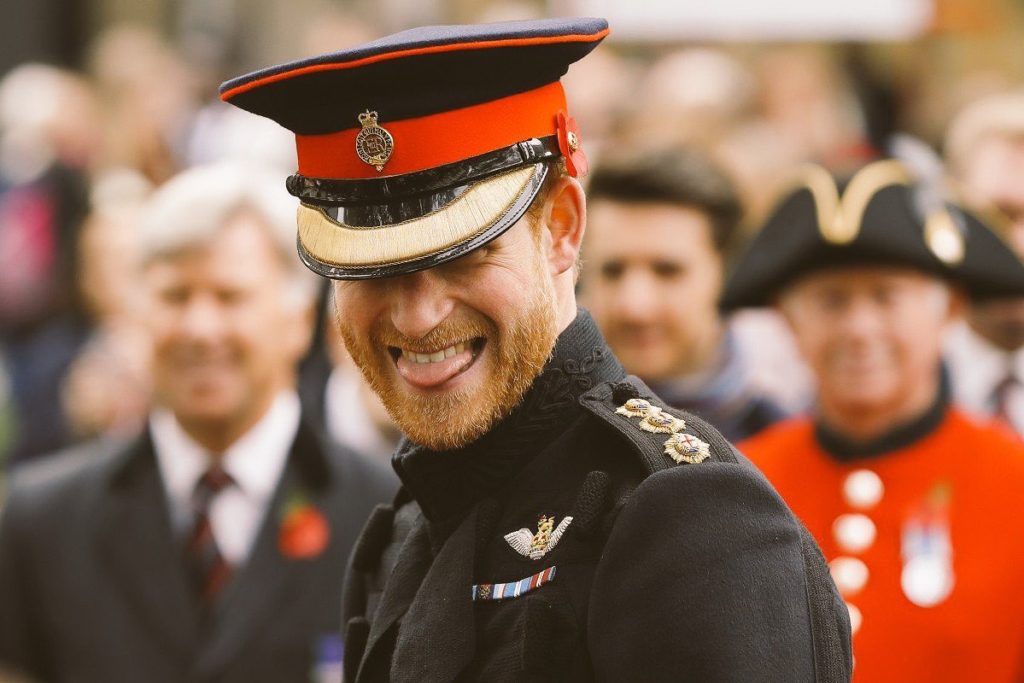 A candid moment from the wedding

Of course, who can forget this page boy, who photobombed Meghan’s bridal picture and made millions laugh?

We are ALL this precious page boy behind Meghan as she entered St. George's Chapel ❤️#RoyalWedding pic.twitter.com/xmqsJzEU4A

See more from Entertainment Tonight below: