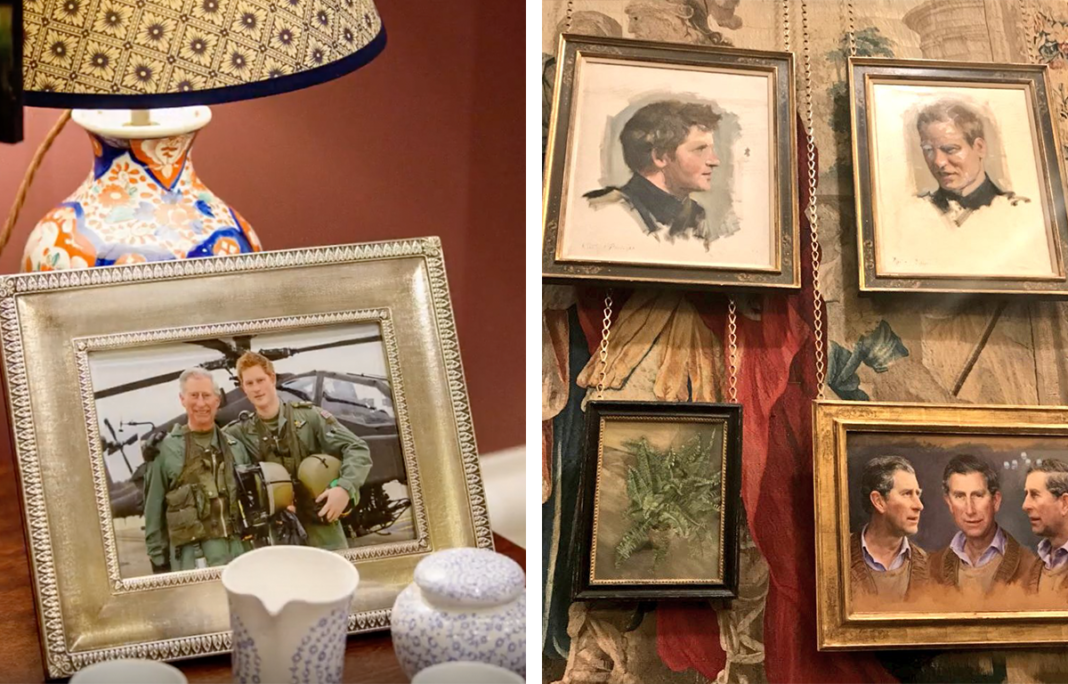 Life is good for Prince Charles as he kicked off a celebration of his 70th birthday today with an art exhibition called Prince & Patron. Although his birthday isn’t until November 14, the public gets an early look at some intimate family portraits, including paintings of Prince William, Prince Harry, the newborn Prince George, the Queen Mother, and photographs from Harry’s wedding, among many others.

Prince Charles, the Prince of Wales, and Camilla, The Duchess of Cornwall visited yesterday to see it before it opened to the public.

The Prince of Wales & The Duchess of Cornwall @clarencehouse visited our #PrinceAndPatron exhibition at #BuckinghamPalace, before it opens to the public tomorrow. https://t.co/S5u2f2XsSj pic.twitter.com/PmotzPv8Qh

The elaborate exhibit at Buckingham Palace in the State Rooms features over 100 works picked out by Prince Charles to share with the public. Many of the pieces usually hang in the private residence at Highgrove House, the couple’s country home.

The public can see the artwork in person from July 21 to September 30. Some of the pieces were created by artists from Prince Charles’ three art charities: Turquoise Mountain, The Prince’s Foundation School of Traditional Arts, and the Royal Drawing School.

A sneak peak at some of the wonderful art and objects selected by HRH Prince Charles, on display in the Prince and Patron Exhibition opening tomorrow at Buckingham Palace. | #princeandpatron #RoyalFamily #artexhibition pic.twitter.com/b4vTmU8Nw0

Vignettes recreating how photographs appear in Prince Charles’ home in Highgrove give a sense of looking at everyday life for one of the royals. 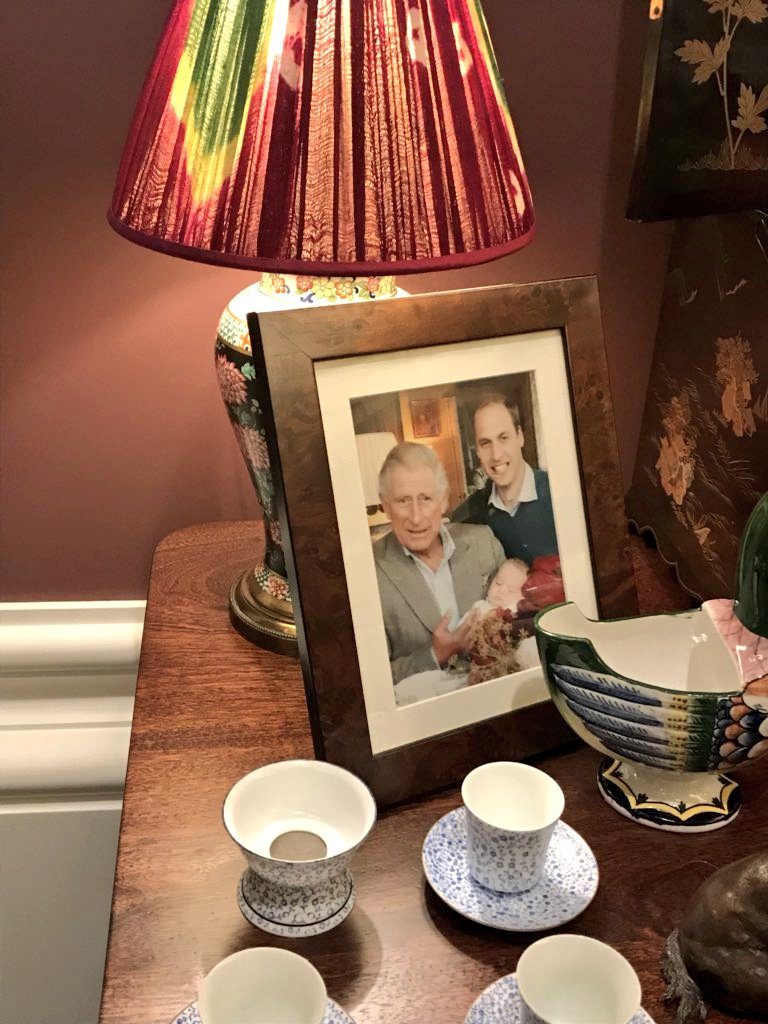 Included is a personal photograph from Prince Harry and Meghan Markle’s wedding. 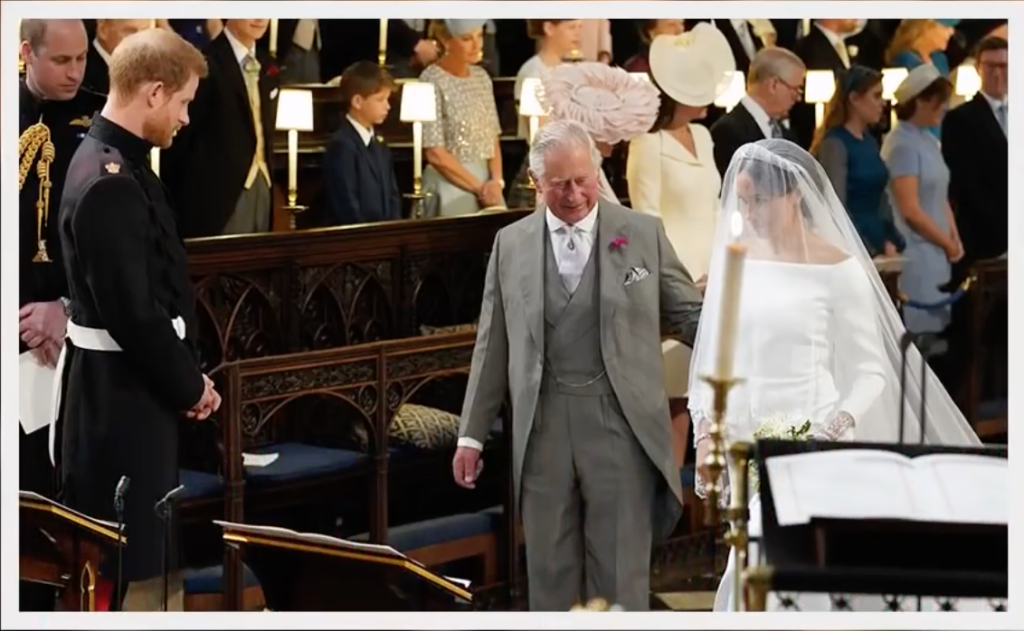 Paintings of Prince Harry and Prince William created as preparatory sketches by artist Nicky Phillipps are also on display.

An oil sketch of the late Queen Mother by Michael Noakes created in 1972 captures her spirit. Viewers can listen to a recording of Prince Charles talk about why he loves this work of art so much. (see video below) 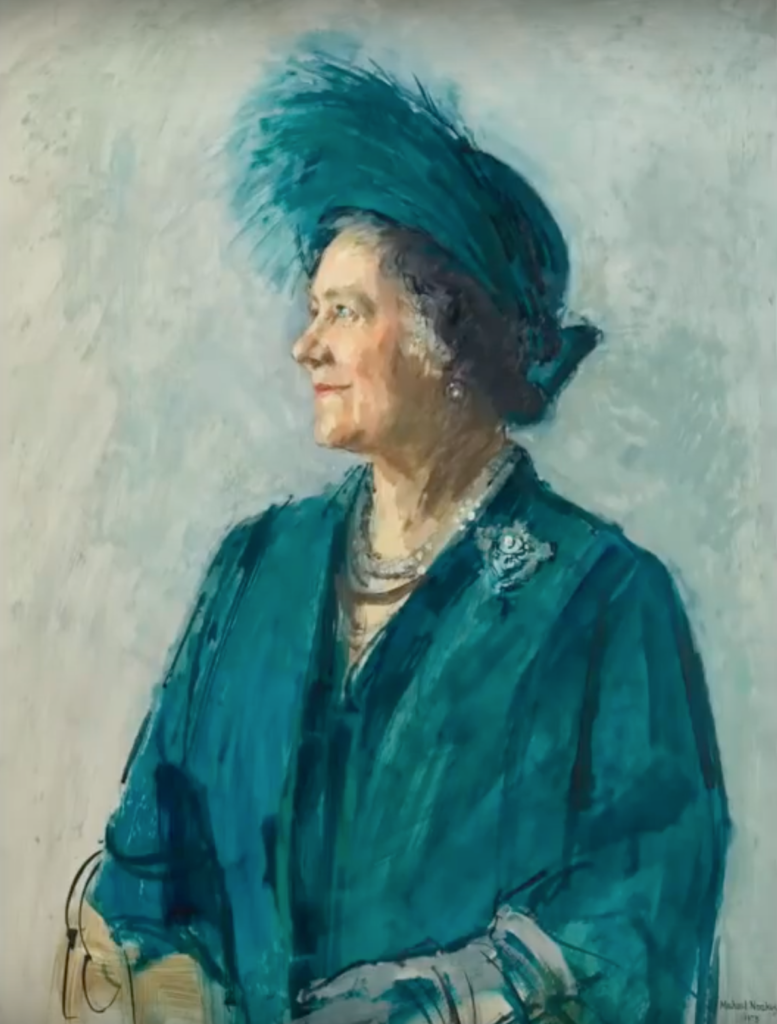 The Queen Mother oil sketch by Michael Noakes via YouTube

See a video of the exhibit below:

Just had a peek at the new exhibition Prince & Patron, opening tomorrow inside #buckinghampalace. It's the start of the State Rooms season, which means you can tour the #palace for a limited time only. Full info: https://t.co/LXchUvEmU6 @RCT #london #londontourist #palaceday pic.twitter.com/q1EnWjNcBZ

See some of the exhibit and hear a recording of Prince Charles discussing the portrait of the Queen Mother below: