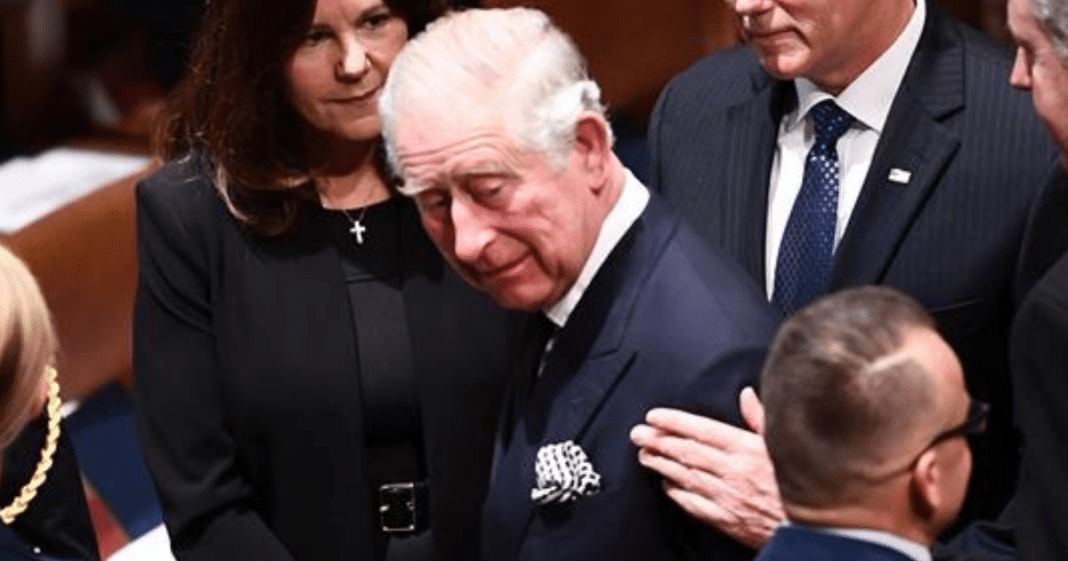 Prince Charles traveled all the way to America to pay his respects to George H.W. Bush.

The prince, who was representing his mother, Queen Elizabeth, last traveled to the U.S. in March 2015.

The heir to the British throne, 70, and his wife Camilla, Duchess of Cornwall, 71, were among many people of high rank or office in attendance at the former president’s memorial at the National Cathedral in Washington, D.C. on Wednesday.

Prince Charles was seated near Vice President Mike Pence at the funeral of George H.W. Bush on Wednesday .

On Saturday, the Queen shared her condolences with “the people of America.”

“It was with sadness that I learned of the death of President George H W Bush last night.

President Bush was a great friend and ally of the United Kingdom. He was also a patriot, serving his country with honour and distinction in Office and during the Second World War.

Prince Philip and I remember our days in Texas in 1991 with great fondness.
My thoughts and prayers are with President Bush’s family and the American people.

In 1991, the Queen traveled to Texas with her husband, becoming the first British monarch to visit the state, according to the Associated Press. Then in 1993, the Queen knighted the elder Bush at Buckingham Palace. He did not need to kneel before the Queen since he was an American citizen, according to an AP report at the time.

Do you appreciate this kind gesture from the Royal Family? So Share This!