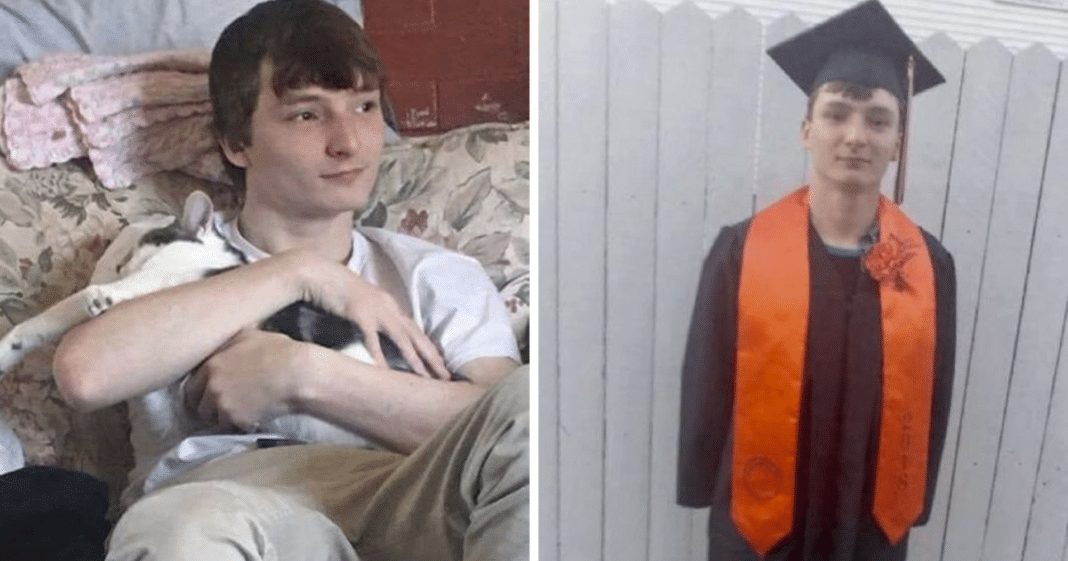 Charles Quimby, 19, from Skowhegan, Maine was flown by helicopter to Eastern Maine Medical center after being shot in the head with a pellet gun. Doctors told Charlie’s parents he wouldn’t make it. Surgery would be too risky, as the shot entered his brain. A priest was called in to give the young man his last rights.

After reading him these rights, the teen began to move. “I’m telling you, it was right after the priest did his thing,” Lauri Quimby said. “I believe that that kind of played into it.”

Charlie’s friend was said to have shot him in the head with a pellet gun. The shooting is still being investigated. It’s still unknown whether charges will be filed.

Since Sunday, Charlie’s ventilator tube was removed. He can breathe on his own. He said “Hello,” and was able to respond to a few commands given to him by doctors. But the metallic fragment lodged in his brain could still leave him with significant brain damage. Doctors discovered the round object was from aBB gun, not a pellet gun.

Charlie’s father, Jade Goodridge, told the Morning Sentinel: “It could affect his eyes and partial movement. It’s in his brain,” Goodridge said. “He’s doing a little better. He’s going to make it; so far everything is good.”

His mother, Lauri Quimby called her son a fighter who was “so freaking proud” to have graduated from high school recently.

We wish Charlie a successful recovery.