Pregnant Mom Loses Everything In Fire, Then Fireman Hands Her Something That Turns Things Around 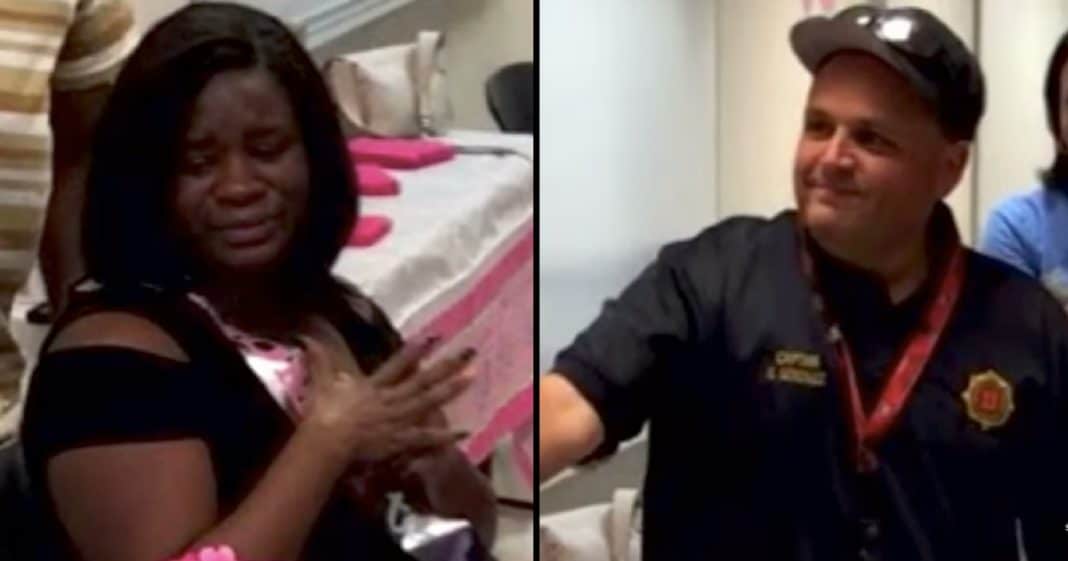 It was an exciting time in Nicola Taylor’s life. She was eight and a half months pregnant with her baby girl and was eagerly anticipating her arrival.

Just two days before, her friends had thrown her a baby shower and she was excited to use all of the gifts once her baby came.

But then disaster struck.

Nicola woke up in the middle of the night smelling smoke and realized her apartment was on fire. She pulled the fire alarm and quickly left the building, but as she stood outside waiting for the fire department, she had to watch as the fire burned everything in her apartment, including all the gifts she had just received.

Nicola’s dad, her cousin, and his two-year-old were also in the apartment at the time and thankfully everyone made it out unharmed, but everything else was lost. Nicola was devastated.

After the firefighters finished putting out the blaze, they decided they wanted to do something to help the expectant mom.

“[The firefighters] were seeing a whole bunch of burned up baby items and it was very emotional for the guys, being parents themselves, it hit home,” Captain Jerry Gonzalez of the Lauderhill, Florida, fire department said. “They were compelled to do something. Something touched us about this family.”

They decided to throw Nicola a surprise baby shower, and when she walked into the room – decorated all in pink and with presents piled around a table – she was overwhelmed by what they had done for her.

“There’s no words to describe it,” Nicola said about the kindness these firefighters had shown. “My dad, he cried. That explains it all. I never see my dad in tears.”

But that wasn’t the only surprise they had in store. Captain Gonzalez had created a GoFundMe page for Nicola and her family and asked the community to pitch in and help.

At the baby shower, they presented Nicola with keys to a new apartment! They had already paid the deposit and a few months’ rent so the new mom could focus on her baby without having to worry about how to make ends meet.

Before she has even been born, Nicola’s baby has been surrounded with love and support, and we know that will continue as she grows up.

Were you touched by what these firefighters did for Nicola and her family? So share this!