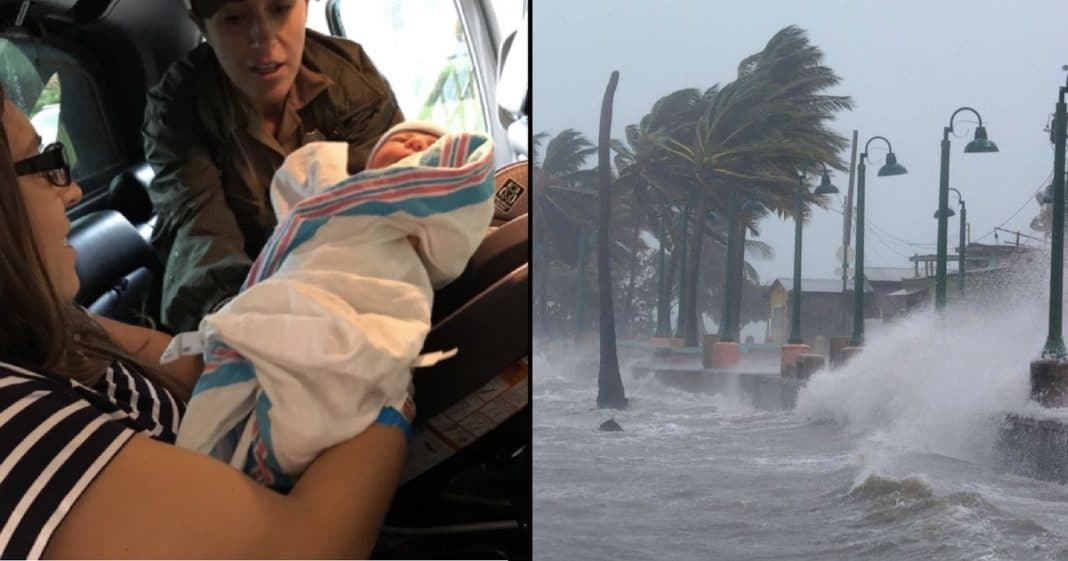 “You can’t survive this,” he said. “I tell everybody, if you’re in the evacuation zone anywhere in our state, you’ve got to get out now…You can rebuild your house. You can get your possessions. I can’t rebuild your life.”

But for some people, evacuation wasn’t an option. Some were doctors and nurses who needed to be available to help, others were rescue workers who were prepared to go in after the storm. This woman had a different issue – she was pregnant and on the verge of giving birth.

This woman had a different issue – she was pregnant and on the verge of giving birth.

As she hunkered down in her home in Little Haiti, she began to go into labor. With no one to help her, she called 911 to see if anyone would be able to give her assistance.

The city had received numerous calls for help that night. Unfortunately, due to the hurricane-force winds, they had only been able to respond to three of them. They wouldn’t be able to make it to her in time.

With no other options, the dispatcher, paramedics, and a doctor at a Miami hospital got on a conference call and walked the woman through the steps of her own birth.

“We weren’t able to respond. So she delivered the placenta, also. Dispatch told her how to tie it off. She’s stable at home,” Assistant Fire Chief Eloy Garcia said. “We made contact with the assistant medical director here. Talked things through.”

.@CityofMiamiFire couldn’t respond to woman in labor in Little Haiti. @JacksonHealth docs talked her through birth at home – it’s a girl!

The woman cut her own umbilical cord and then wrapped the baby up and waited until rescue workers were finally able to get to her. Thankfully, both she and the baby – a girl -were okay.

As soon as road crews said it was safe enough to travel, emergency personnel transported the woman and her baby to Jackson Memorial Hospital in Miami.

That mom is going to have quite the birth story to share with her little girl when she grows up, and she made sure her daughter will always carry a part of that day with her. The baby’s name? Nayiri Storm.

Welcome to the world baby Nayiri Storm! Glad our officers were able to assist the family safely from hospital to hotel. #PerfectName pic.twitter.com/Cun2wKmwQ2

Were you as amazed by this incredible birth story as we were? So share this!