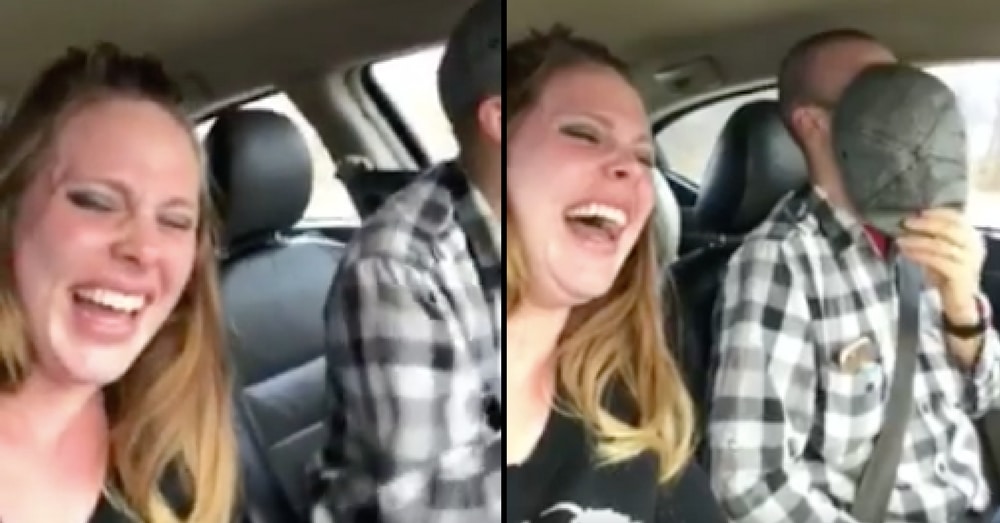 Pregnancy is always an interesting experience. It can be full of joy and expectation, but can also provide a unique set of challenges for the expecting mother.

Being that they were on kid number four, though, Chris and Rachel McQueen thought they had experienced it all. Boy, were they wrong!

The happy couple was at the doctor’s office for a check-up recently when something happened that was…unexpected.

As the doctor began his exam Rachel suddenly began to yell.

“Whoa, what did you put in there? That’s hot!” she exclaimed.

At first the concerned doctor didn’t know what had happened, but as soon as he figured it out Chris and Rachel couldn’t stop laughing.

Thankfully for this doctor, Chris and Rachel had a good sense of humor about the whole ordeal. They even decided to record a video about their experience, and when they started telling their story they had to pull over to the side of the road because they were laughing so hard!

Whether it’s the story itself or their hilarious reaction to it – probably both – this video has quickly gone viral, racking up millions of views in a short time.

Click below to hear the McQueens tell their hilarious tale:

I bet that doctor is going to be extra careful next time he picks up the ultrasound gel!

Chris and Rachel refused to reveal the name of their doctor because they really like him and want him to deliver their baby. We’re sure after this episode he’s very grateful for their forgiveness and sense of humor!

After the couple got home that night they posted a Facebook status that just about summed up everything that had happened:

Did you find this story as hilarious as we – and Chris and Rachel – did? So share this!