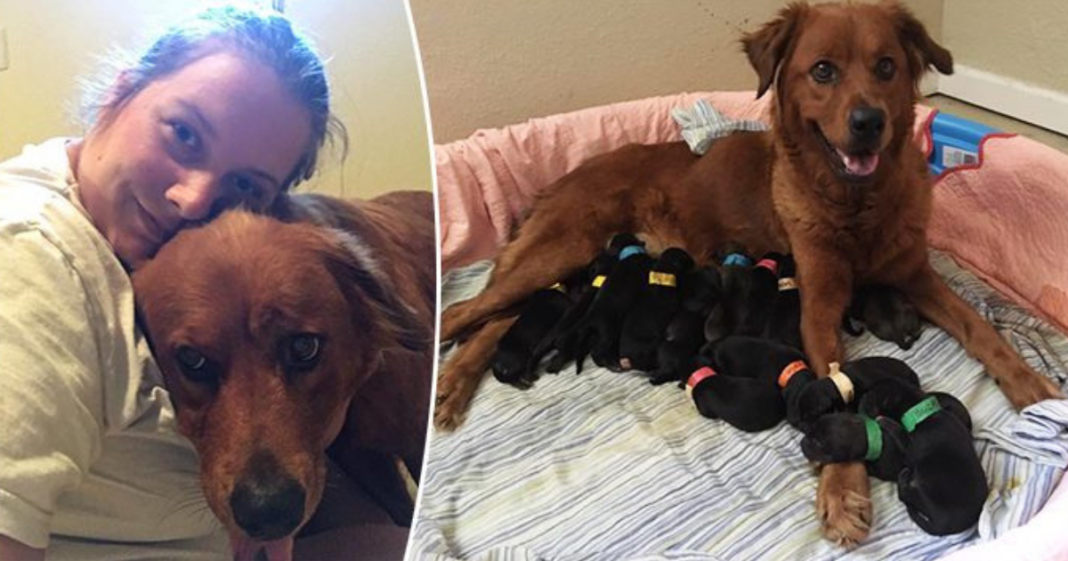 A Blue Springs, Missouri woman took animal rescue to a whole new level recently when she ended up with not one new dog, but 19.

Ava, who is a beautiful golden retriever-chow mix, was lined up to be put down (a big problem in shelters because of overpopulation) when Ashlee Holland made the decision to adopt her.

“She was on the euthanasia list. She had no other choice, no other hope. I was basically her last resort along with Midwest Animal ResQ. No dog deserves to be put to sleep for space,” Holland told Fox4 News.

Holland was further concerned because Ava was heavily pregnant. 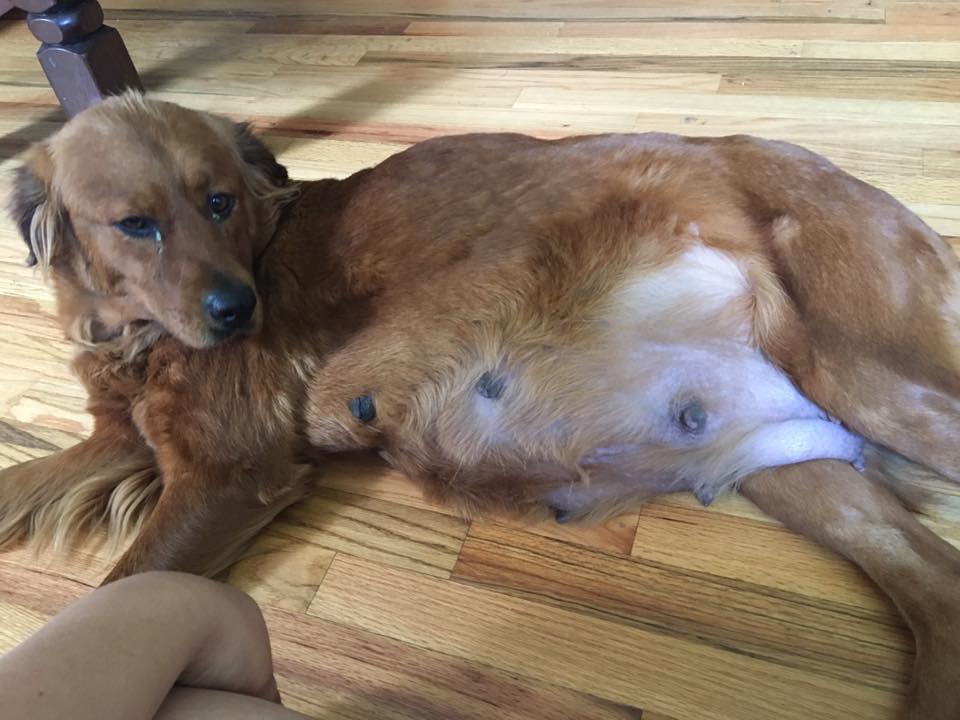 Ashlee’s heart was breaking for this mama dog and her babies. Little did she know just how many babies she’d be saving, though.

“I was aware she was having puppies but x-rays didn’t show how many.”

Two weeks after she brought Ava home, the babies were born.

“First puppy came out at 10:02. She then popped up four more within 57 minutes. She had two more in the next hour and a half or so. I thought she was done. Cleaned her off, went to bed, woke up, there were eight more puppies. Got my kids ready for school, there are now three more puppies,” Holland told Fox 4 Kansas City.

Ashlee’s undaunted by 18 puppies, however. She describes it as “heaven.”

“It’s heaven. Puppy pile, you can’t get any better than that,” she said.

Holland’s always had a passion for animal rescue, she says.

The pups have been named by Holland’s little boy, who is 10. Every pup is named after a Kansas City Royals player.

“We got Ned Yost, Dayton Moore, Buck O’Neil. We got Esky, Royal,” she said.

You can go to a special Facebook page created to help find homes for Ava’s pups.

We’re so grateful for people like Ashlee who have that instinct for caring about Earth’s most vulnerable creatures. We hope she, her family, Ava, and all 18 pups have a joyous holiday season.