Pregnant Doctor About To Give Birth When She Hears Scream From Next Door, Jumps Into Action 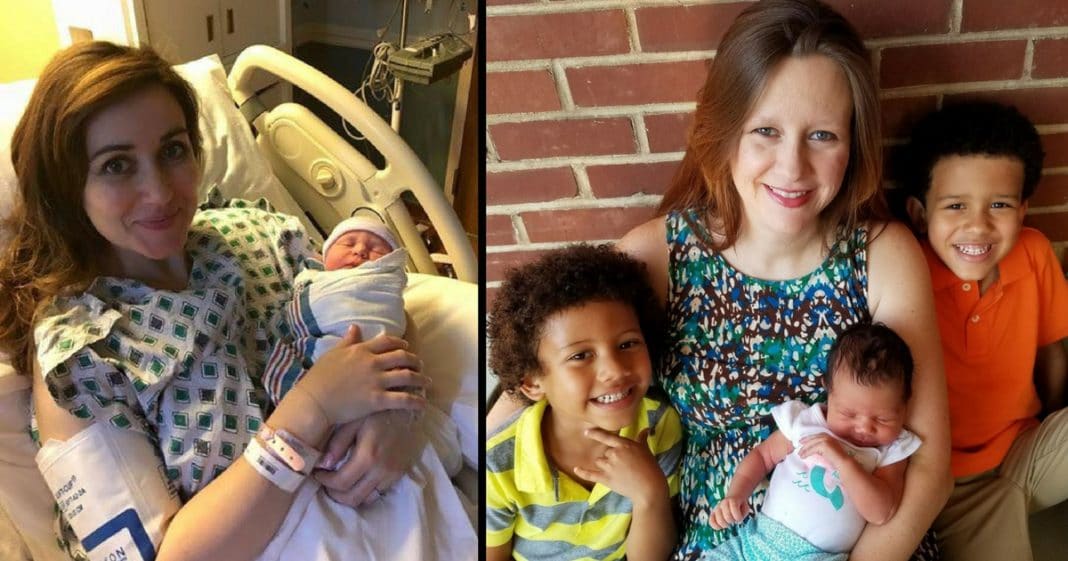 We understand those folks who have a strong dislike of surprises. A last-minute occurrence can leave you flustered. But do you think all surprises are meant to shock and stun? What about those events that blow you over with immense happiness and wonder?

Kentucky obstetrician Amanda Hess and her husband arrived at the hospital where Hess was scheduled to be induced for the birth of their second child. As they were settling into their room, though, the expectant couple heard a distressed cry coming from the next room. Experience told the doctor something wasn’t right.

It turned out the screaming woman was Leah Halliday-Johnson, a patient Hess had examined just days before at her medical practice. Halliday-Johnson was in active labor and her baby was showing signs of distress, but the on-call doctor was still on his way to the hospital and nurses had asked her to stop pushing until he could intervene.

Without a second thought to her own situation, Hess took charge. She may not have been on call, but she was a doctor with a patient and baby who required her assistance.

Hess threw on another gown to cover her backside and slipped some booties on over her flip-flops. Then she rushed to Halliday-Johnson’s aid.

Halliday-Johnson didn’t catch on as to why Hess was in a hospital gown. Her husband had an idea but, as Halliday-Johnson explained, she wasn’t paying much attention to anything else but having her baby: “The clues were there. My husband noticed that she was in a hospital gown, but at that point, I was so relieved to see one of my doctors that I was just ready to move it along.”

“The baby was great!” Hess recalled. “Came out screaming and crying.”

Hess laughed in disbelief about how late she’d worked into her pregnancy. She had delivered a baby the day before but hadn’t predicted working mere hours before having her own bundle of joy.

“It was a 10-pound baby,” Hess said about the birth the previous day. “I thought, ‘This was the way to go out.’ I thought, ‘A great big baby, I’m working up until the last minute!’ And then this came. I couldn’t have predicted this. This is working until the very last second!”

Soon after, Hess delivered her own little girl. Both mothers and babies are doing great, and they know that day is not one either of them are soon to forget.

“It just goes to show you what an amazing person she is, what an amazing woman and mother and doctor,” Halliday-Johnson said of her doctor-angel. “I’m thankful for her.”

Were you as amazed to hear about Dr. Hess’ heroic actions as we were? So share this!