She Prays For Victim Of Horrific Crash. Hours Later She Gets A Life-Changing Phone Call 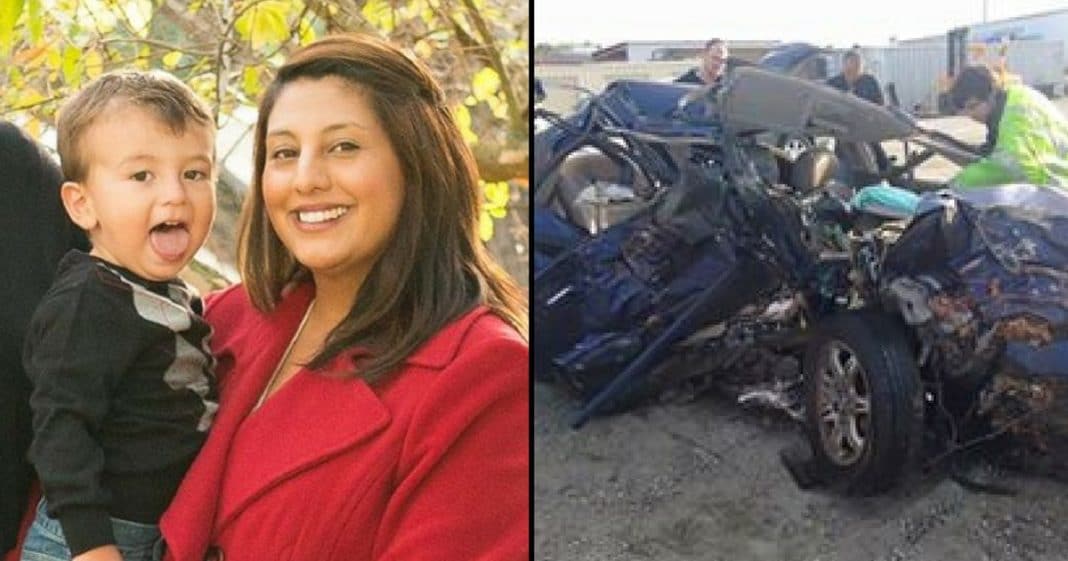 There’s a habit I have that I picked up from my mom – whenever I hear sirens go by I send up a little prayer. While I may not know what the situation is, I do know that someone was desperate enough for help to call 911.

It turns out I’m not the only one who does this.

Karlina Fulk was home one evening when she heard sirens nearby. She quickly scanned her Neighborhood Watch page and saw there had been a bad accident about five miles away from her house.

All the report said was that it was a major injury accident, driver extraction had been required, and a helicopter was en route.

Karlina sent up a prayer for the victim and their family, and then went to bed. She had no idea she had been praying for herself.

Just after midnight, she awoke to a call from her parents. Her younger brother, Rafael, was the victim of the crash.

Karlina rushed to meet her parents at the Emergency Room.

“Nothing will prepare you for the crippling fear that consumes you when someone you love has been seriously hurt,” she said later. “The kind of fear that literally brings you to your knees.”

Rafael was in a coma and the doctors didn’t have much hope. Each day passed with little to no progress, and doctors told the family that if he ever did wake up there was a good chance he would be just a shell of the person he had once been.

Finally, after seven very long and very dark days, Rafael woke up. Ecstatic and hopeful, his mom asked doctors if he would ever be able to graduate college.

“He doesn’t know his name. He can’t even tell time,” they told her. “He will never go back to college.”

But the doctors had underestimated the power of prayer.

Eight days in the ICU, seven days in a trauma ward, 21 days in an acute brain injury hospital ward, six weeks inpatient at a post-acute rehab center, and seven months outpatient at the center, Rafael was proving doctors wrong at every turn.

Then, two and a half years later, he did something that completely blew them away.

As his proud and grateful family sat in the stands, Rafael walked across the stage to receive his diploma for a BA in Communications from California State University, Chico.

“From nearly losing him, to preparing ourselves for the worst, to finally watching him achieve this miracle, we’ve watched him come back to us,” Karlina wrote in a viral Facebook post.

“The Rafael who loves sports and tells sarcastic jokes and loves his friends and his family. The Rafael who laughs and writes and takes the dogs for a run and cooks dinner and smiles when he’s happy. The little boy who sang to his sister when she was scared and grew up to be the man who held his nieces in the NICU and hugs his mom when she’s sad. Who argues with me about eating habits and sends me pictures of his new shirts and every week holds out a little hope that the Niners might actually win a game.

“THIS. THIS IS WHAT WE PRAYED FOR.

“He’s come back to us. For every night we sat by his bedside in the hospital, every long drive to rehab and back, every doctor visit, every appeal letter, every time we collapsed to our knees sobbing from the weight of it all…every ounce of pain was worth what we’ve been given. A second chance, an opportunity to witness a miracle, but most of all, we’ve been given Rafael back.”

Rafael is now determined to live his life to the fullest and he continues to prove his doctors wrong. Just one week after graduation he completed his first marathon!

Karlina recalled Rafael’s response when doctors told him he wasn’t strong enough to withstand the storm:

Were you amazed to see Rafael’s miraculous recovery? So share this!