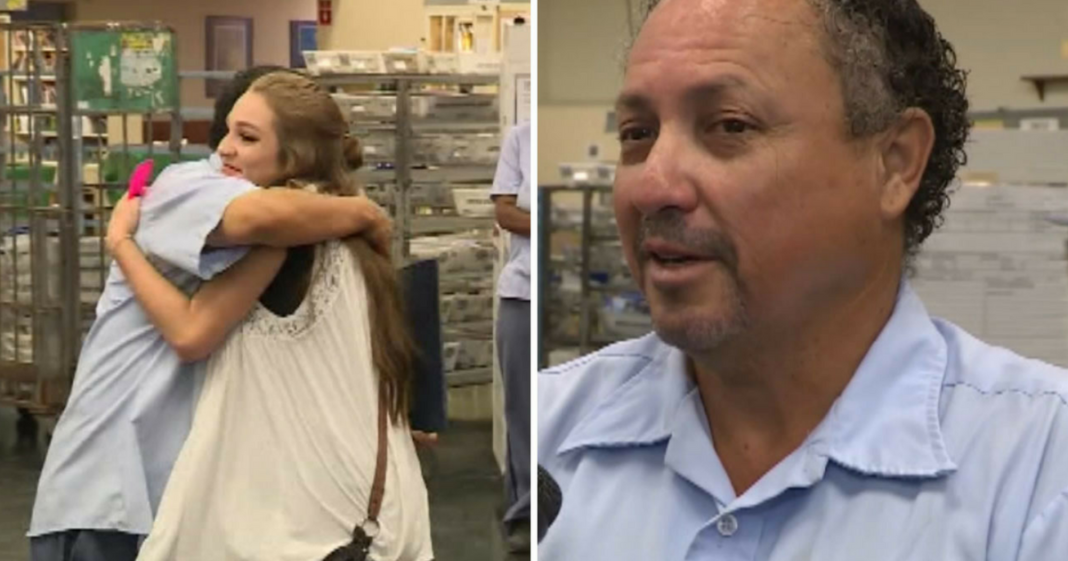 I love these stories where everyday people are the heroes. They step up, taking the initiative when others would turn their back.

In El Dorado County, California, 16-year-old crystal Allen embraced postal worker Ivan Crisostomo. Ivan saved the teen who was kidnapped and sex trafficked. This reunion was joyous, but when they first met, Crystal feared for her life.

Crystal’s mother, Stacy Ohman, said her daughter met up with a “friend” who lured her to Sacramento. She was then thrown into a life of drugs and sex trafficking. “I was kidnapped, and held captive, and abused and stuff,” Allen said.

Thankfully, the young woman found an opportunity to escape one day while in the Oak Park neighborhood of the capital. She was in a car with her capturer. They were discussing a crime. She snatched up a cell phone and ran from the vehicle.

Ivan found her while she was on the run for her life. “I heard this crying when I came out of the vehicle, so I approached her, and I asked her. She was afraid; she didn’t want to talk,” he said.

He eventually convinced crystal to call her mother. “She was frantic. I didn’t know what was going on,” Ohman said. “I couldn’t even understand her she  was so upset and that’s when I told her she had to reach out to someone for safety, and she gave the  phone to Ivan, and he instantly kicked into gear and told me that he would save my daughter.”

Save her Ivan did. He let crystal sit in his postal truck until authorities arrived.

“He stepped up where a lot of people would have just kept driving down the road. He made a huge positive impact in this young girl’s life,” said Deputy David Cuneo of Sacramento County Sheriff’s Department.

The government worker said he’s just happy Crystal is now safe. “The way I see her, she has a wonderful future ahead. She’s doing so well. I’m happy. I’m really happy,” he said.

Thank you, Ivan. We need more folks like you looking out for lost, scared and troubled souls. Crystal won’t ever forget the dark days of her captivity. She has a second chance to live a life she desires, where she decides the path to take. We wish her all the best.