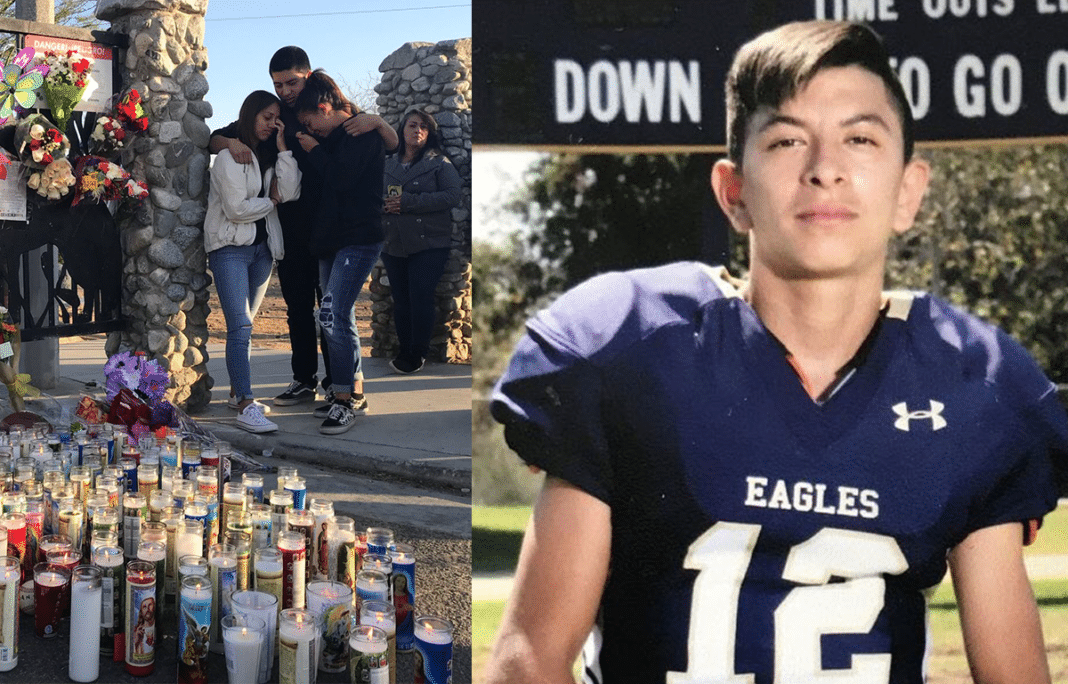 A popular high school athlete at South El Monte High School in California went missing Wednesday. His father called police after he failed to turn up for school, which led to the discovery that 17-year-old Jeremy Sanchez had been murdered, stabbed multiple times and left in the woods near the San Gabriel River Trail.

Then they learned that the 16-year-old who “discovered” the body as part of a search team was actually the suspect in the murder.

The suspect, who went to a different school, allegedly became enraged and killed Sanchez, who identified as bisexual. He attempted to break up with him to date a girl.

“If I can’t have him, no one will,” the suspect allegedly said.

“If I can’t have him, no one will.” Investigators tell me that’s the reason a 16-year-old boy killed 17-year-old Jeremy Sanchez. The South El Monte High School football player was found stabbed to death near the San Gabriel River. New information on #KCAL9 10pm @CBSLA 11pm #CBSLA pic.twitter.com/D8IfOMOlgl

The Los Angeles County Sheriff’s Department was tipped off that the suspect, who they initially identified as a friend of Sanchez, might be involved in the murder, and searched his home.

The suspect joined Sanchez’s father, family, and friends, in a search for his son and led the search to the location of the body, underneath a bush. He appears to have tried to appear innocent by taking part in the search.

“The person who killed him is the one who said ‘look there he is,’” Lt. John Corina said at press conference.

Now the suspect is in juvenile custody, and it’s unclear if he will be charged as an adult.

Jeremy Sanchez was active on the football, baseball and wrestling teams for his school. His murder was devastating to his local community, which held a candlelight vigil and memorial for the missing student.

Now, they must cope, as a Sanchez’s life, which held so much promise, was needlessly taken away forever.

Memorial for Jeremy Sanchez in South El Monte. Police say teen was murdered by ex-boyfriend over their break-up. ?@foxla pic.twitter.com/Ltzt5NfWlL

See more in the video from CBS Los Angeles below: