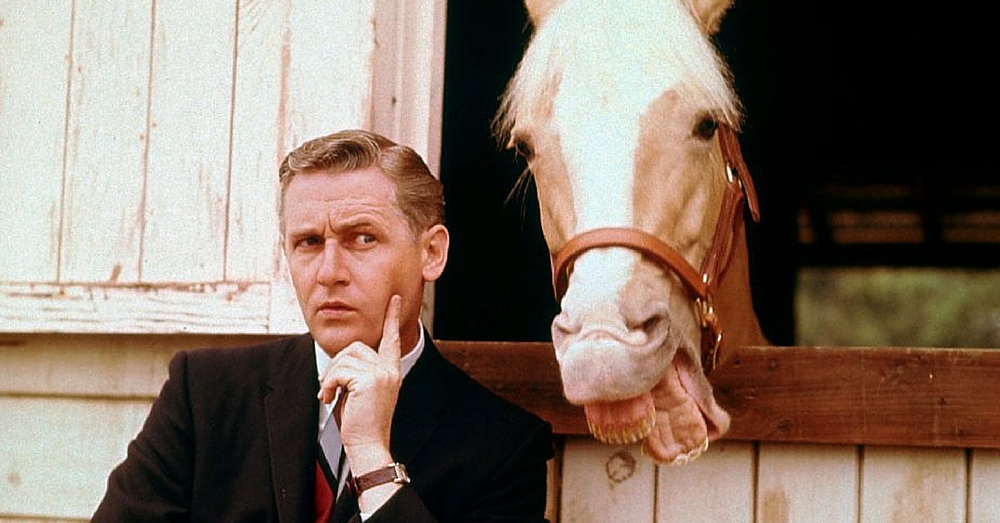 Alan Young — who answered to the name “Willburrrrrrrrrrrrr” on Mister Ed, the wacky 1960s sitcom that revolved around a talking horse — has died. He was 96.

Young — who for six seasons played straight man to a golden palomino, a gelding who was named Bamboo Harvester — died Thursday of natural causes at the Motion Picture & Television Home in Woodland Hills. He was there for more than four years.

Young himself was the voice of a talking bird, playing Scottish miser Scrooge McDuck (the uncle of Donald Duck and great uncle of Huey, Dewey and Louie) on the 1987-1990 syndicated series DuckTales.

And a decade before Mister Ed, the good-natured actor hosted CBS’ The Alan Young Show, which won an Emmy Award for best variety show and earned Young a trophy for best actor as well.

In his most famous role, Young portrayed Wilbur Post, an unassuming, accident-prone architect who is married to Carol (Connie Hines). They live in a nice home in the San Fernando Valley with a barn, where the chatty Mister Ed resides — but only Wilbur can hear him speak.

In a 1990 interview with the Los Angeles Times, Young said Wilbur was “naive and bumbling,” while “Ed was a wily one. I think it’s the same chemistry that made Laurel and Hardy and Jackie Gleason and Art Carney: It’s the one guy making a fool of the other guy.”