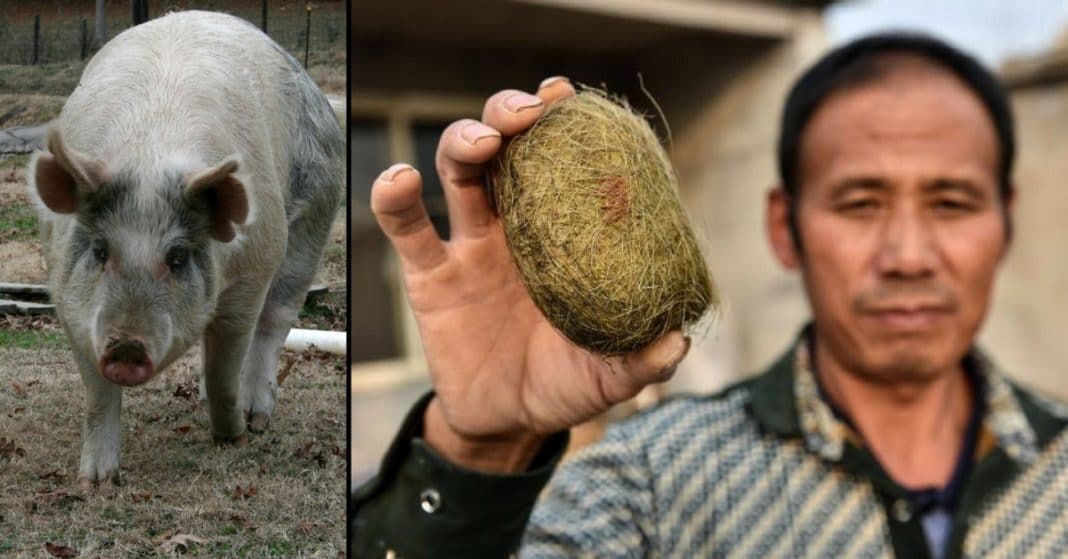 One man’s trash is another’s treasure. Those who love estate or garage sales know this to be true. Though rare, once in a blue moon they’ll find something worth a pretty penny.

The treasure one man found recently while butchering a pig would probably be passed over by most people, but he saw its value and is now reaping the reward.

Bo Chunlou, a villager from Ju County in Rizhao City in China’s eastern Shandong Province, was slaughtering a 500-pound sow back in August when he found a gallstone.

The stone, called a “bezoar” and referred to locally as “pig treasure,” is made up of hair and other indigestible objects. It’s extremely rare.

Practitioners of traditional Chinese medicine have long believed that items made of “pig treasure” are able to remove toxins from the body. These hairballs were used in England during the 1600s and are still used in Chinese medicine today.

Bo, 51, and his son, Bo Mingxue, 26, took the 4-inch long, 7-inch wide bezoar to the Chinese port city of Shanghai to have it appraised. Though skeptical, the father and son had been told by villagers the stone was prized since it had been found in the pig’s gallbladder and not the stomach.

Bo, who had an appraisal certificate made for the stone, said he will accept offers starting at 1 million RMB ($151,060).

For Bo and his family, finding this gallstone was like winning the lottery. Their lives will be forever changed.

Wouldn’t it be great if we could all get rich on whacky, weird items? Like I said, one man’s trash is another’s treasure. Who knows? You might be holding onto something worth more money than meets the eye!

Were you amazed when you saw how much this gallstone was worth? So share this!