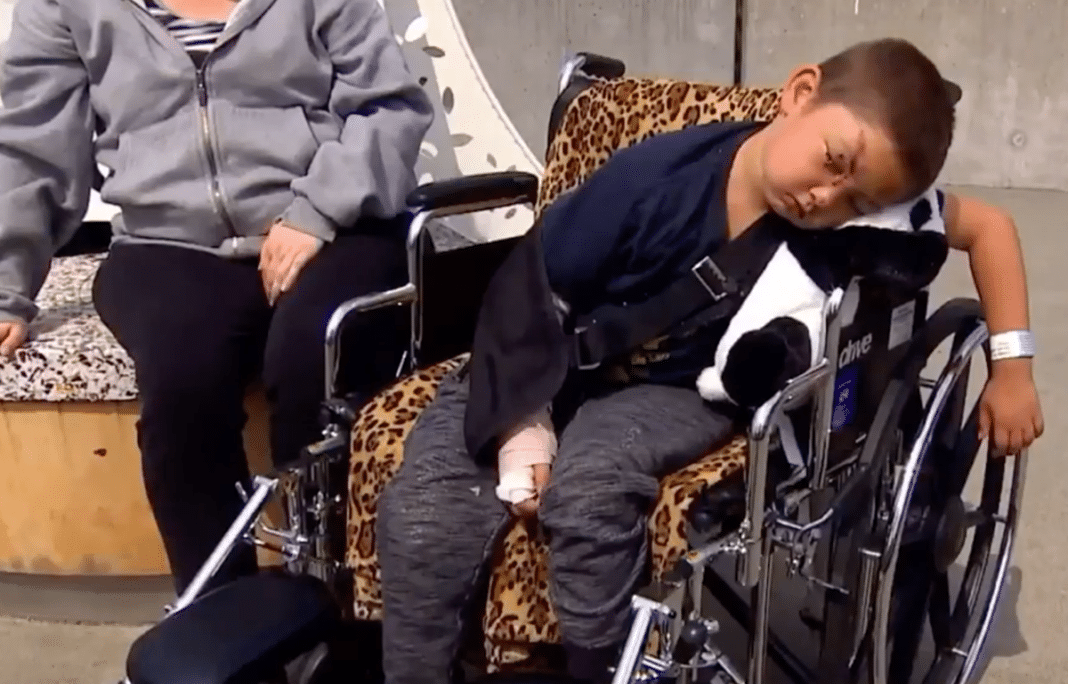 Carter English, a six-year-old autistic boy stood up for his friend, who was being bullied at an Olympia, Washington apartment complex. Then, the seven bullies turned on him, brutally attacking him. He ended up in the hospital.

They broke his arm, ground sawdust into his eyes, and hit him with rocks and sticks, lacerating his eye. 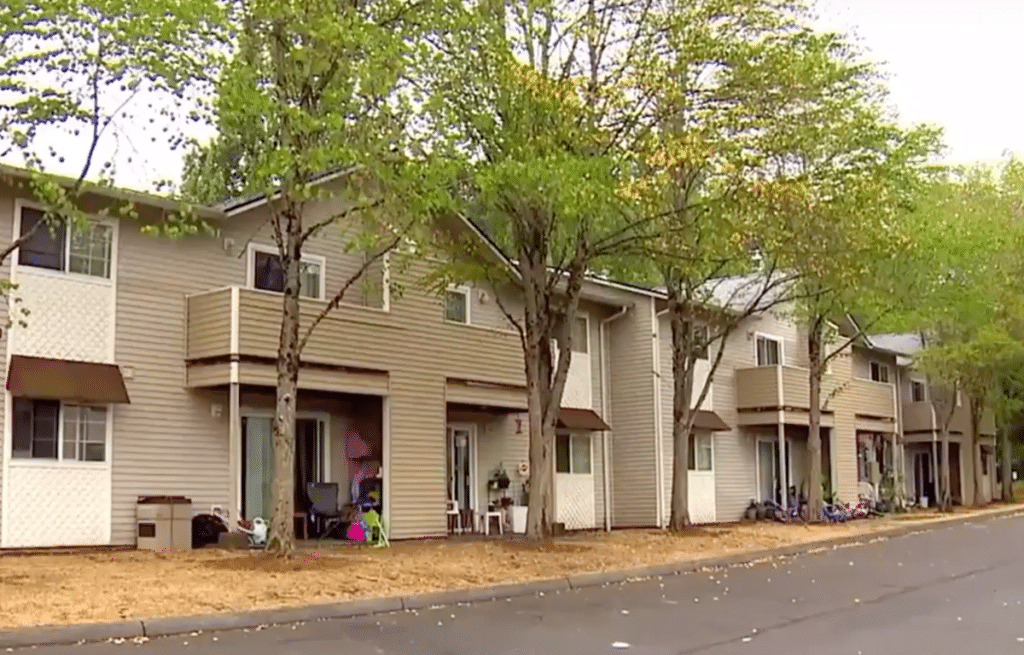 The Olympia apartments where the seven bullies attacked Carter

Now consider that authorities believe this attack was instigated by a 5-year-old.

UPDATE: Olympia police said today that after further investigation, they found the injuries sustained by the child were…

Authorities plan to get social services involved, but there won’t be any criminal charges, because the kids are so young.

Dana English, Carter’s mother, was left in tears, trying to understand how these young kids could have inflicted such harm on her boy.

“It’s heartbreaking and it’s disgusting. It just makes me wonder, what in the heck are they going through in their everyday life?”

Brave Carter approached the bullies and told them to stop hurting his friend.

“Then they did it to me,” said Carter.

Doctors had to remove pieces of rock and debris from Cater’s left eye and sew up the serious laceration. There is a risk he may lose the eye. He required surgery on his arm as well.

Now Carter is left fearing that the bullies will show up again, and his mother is afraid to leave him alone at all.

“I really don’t know what I’m hoping for, other than to let people know that this is unacceptable. Bullying is not ok,” said dana.

“There’s no reason to bully somebody –ever.” 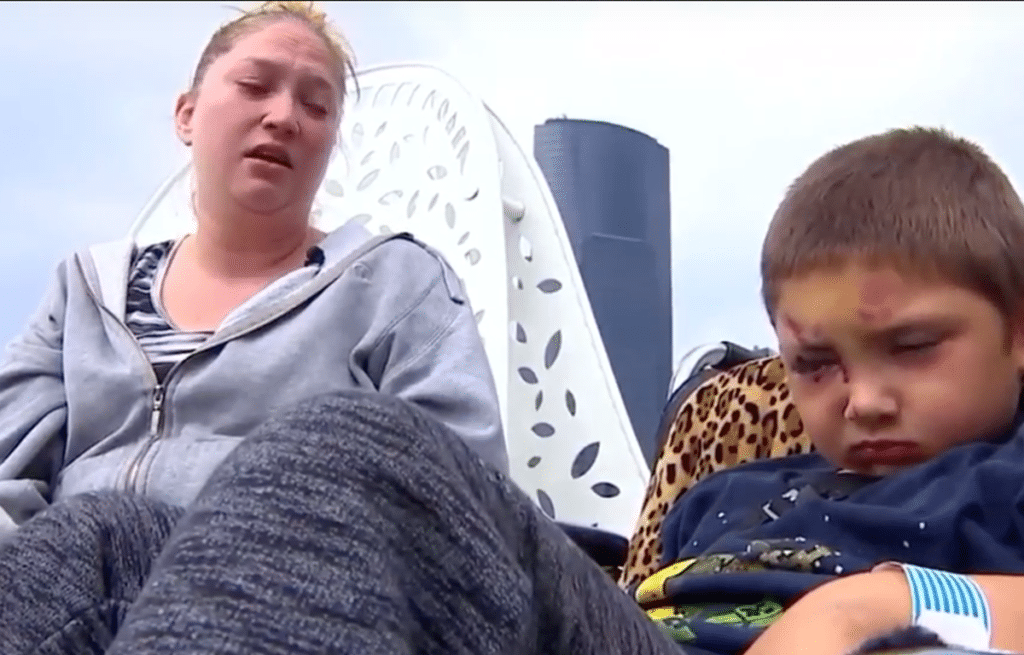 Dana Carter with her son.

There has been an astounding outpouring of support for Carter and Dana on a GoFundMe page, created by a friend. The page, created to help the family deal with medical bills, has reached $40,335 when it only had an original goal of $5,500.

The latest post at the time of this writing:

“Hello everyone! Just wanted you all to know that Carter is having surgery on his ar arm today.”

In the update, the page shows a PO box, where you may send Carter well-wishes and gifts.

We are so happy to see that this boy is receiving enormous support from those who stand with Carter and Dana and against bullying.

See them in the video below: