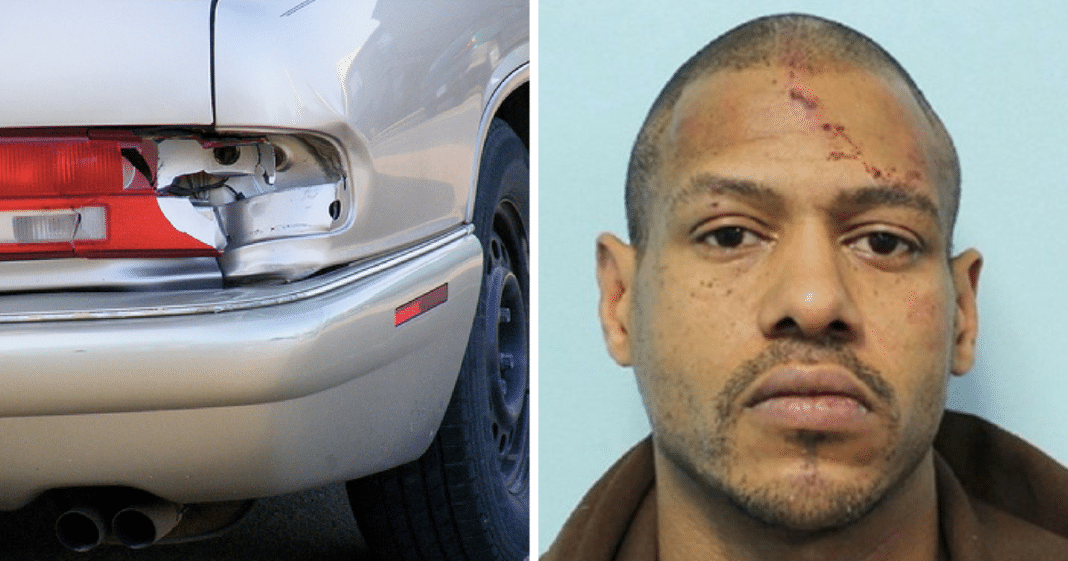 A broken tail light led to the arrest of Stewart R. Weldon, 40, of Springfield, Massachusetts, west of Boston. Police had no idea what they were about to discover inside the car.

Weldon allegedly crashed into a police cruiser and struggled with police after a brief pursuit. Inside the car, a woman claimed she had been taken against her will for a month, assaulted with a hammer, and raped. 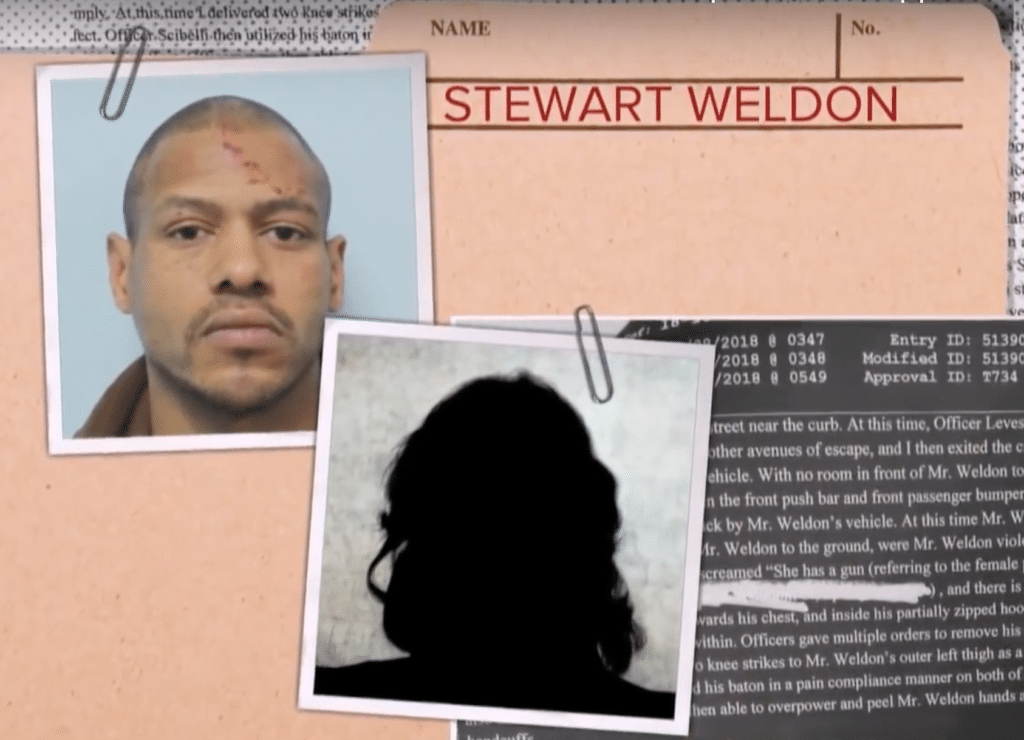 Stewart R. Weldon and the female passenger in the car

“Thank you for saving my life,” the woman told officers, according to a police report obtained by MassLive.com.

“I never thought I would get away.”

After police visited Weldon’s address, they discovered three decomposing bodies, two of whom had not been found in prior investigations from missing person reports.

Investigators are trying to determine the causes of death.

The three victims found in and around 1333 Page Boulevard in Springfield. Weldon shared the home with his elderly mother. It is unclear who may have also shared the residence.

The names of the victims:

Although there is speculation if the deaths were carried out by a serial killer, Walden has not been charged in connection with the deaths, and the investigations could go on for weeks.

Hampden District Attorney Anthony D. Gulluni said the women could have gone missing “in the distant past,” but it is unclear how long they have been dead.

“It’s tragic. It’s awful. It’s unlike anything that I have ever seen,” Gulluni said.

“The original reaction was a bit of shock.”

Weldon was originally held on a $1 million cash bail but it was doubled to $2 million this morning after Weldon pleaded not guilty to new charges of kidnapping and assault to rape stemming from a Feb. 1 incident.

He was separately charged with kidnapping and causing serious bodily injury to another woman, who remains hospitalized.

She was being treated for “a possibly fractured jaw, stab wounds to her abdomen, a leg infection and wounds inflicted with a blunt object,” according to one report.

Springfield residents have been told there is no need for heightened concern:

From the Boston Herald:

“Springfield Police Commissioner John Barbieri said despite the grim and still unfolding facts, there is no need for heightened concern by Springfield residents.”

See more from CBS This Morning:

More today from WWLP-22News below: