Police Stop Search For Woman Kidnapped By Ex, Then He Hears Screams Coming From Vacant House 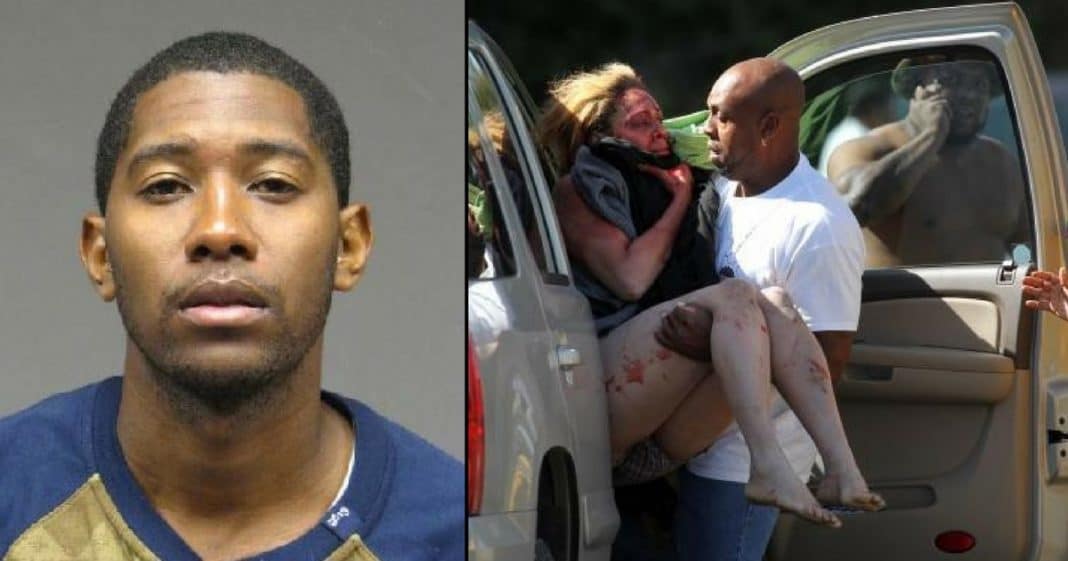 A posse on the lookout for an outlaw, a woman held captive, a gun fight. It sounds like the makings of an old Western, but for one Louisiana family, it was all too real.

In 2013, Bethany Arceneaux was abducted by her ex-boyfriend, Scott Thomas, who was also the father of her two-year-old son.

It wasn’t the first time he had threatened or abused her. A few months earlier, Bethany had filed a police complaint saying Thomas had locked her in a house and threatened to kill both her and her son.

“He keeps threatening to kill us. He put a knife to my neck countless times,” she said in the report. “Scott has been riding around my mom’s house and my work looking for me. I am afraid for me and my son’s life.”

Thomas made good on his threats when he grabbed Bethany and her son one Wednesday afternoon. A witness, Derrimetrie Robinson, heard Bethany honking her car horn for help as Thomas forced his way into the car.

Bethany begged Derrimetrie to take her son. The woman managed to grab the young boy during the struggle, but Thomas shoved Bethany into his car and sped off.

Police searched the area for the missing woman. They found Thomas’ white Buick near a field, but had little new information on the kidnapping.

“Based off the information officers received at the day care about the way the victim was confronted by Thomas, we believe she may be in a situation where she could be harmed,” spokesman Cpl. Paul Mouton said the next day as police continued the search.

By dark they called off the rescue search for the day, planning to continue in the morning.

As they got closer, they could hear Bethany’s screams for help. They kicked in the door as Thomas began to stab Bethany.

Not about to waste another second as this man tried to kill Bethany, one of her family members pulled out his firearm and shot Thomas three times, killing him. Bethany’s uncle, Marcus Arceneaux, then scooped his niece up and rushed her to a nearby vehicle so they could get help.

Amazingly, Bethany was discharged from the hospital the next day and reunited with her son.

“She’s shook up, she’s sliced up, but she’s all right,” said Bethany’s brother, Ryan Arceneaux, who was part of the group that rescued her.

Thankfully, a state “defense of others” law says that a homicide can be justified if someone’s life is in danger, so no one should be charged for Thomas’ killing.

“The man began harming her,” Lafayette Parish Sheriff’s Capt. Kip Judice said. “He [Arceneaux’s family member] did what he needed to do to stop that aggressive behavior from Mr. Thomas. We have to put all the information together before we can comment further on the extent of that confrontation.”

Harold Carter, another of Bethany’s brothers, said he hoped Bethany’s story will be a cautionary tale to other women who are thinking of getting back together with an abusive partner. He’s just thankful they were able to get to Bethany before it was too late.

Were you happy to see that this family never gave up looking for Bethany and were able to save her life? So share this!