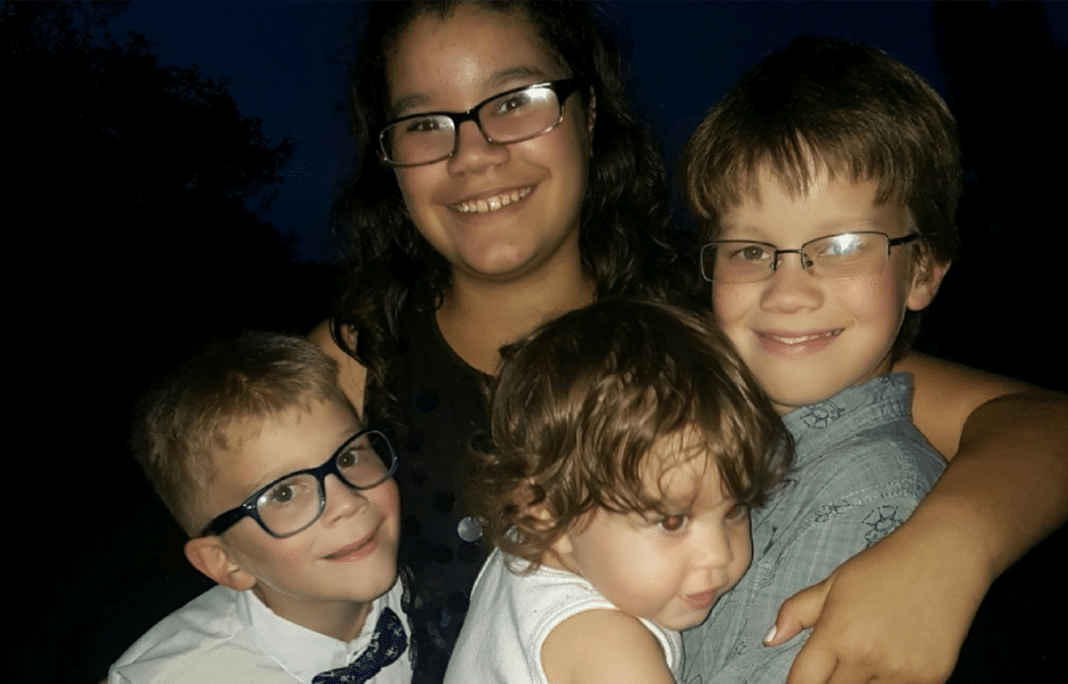 A 35-year-old father and felon, Gary Wayne Lindsey Jr., took the lives of four children and himself after a standoff on June 11th in an Orlando apartment building. The standoff with police and the SWAT team went on for over 21 hours. One officer remains in a coma after Lindsey opened fire. Nearby apartments were evacuated.

The children were shot in their sleep after police responded to a domestic battery call at 11.45 p.m. Sunday night. Lindsey’s girlfriend, Ciara Lopez, 31, was allegedly kicked in the head and fled the apartment. Her children were locked in their rooms.

Lindsey had an extensive criminal history involving arson, battery, and theft. He owned five guns: two rifles, two shotguns, and a handgun left to him by his deceased father.

The two older children were his own, and his girlfriend was the mother of all four children.

Their mother would like them to be remembered as “loving and full of life.”

These are the faces of the four young lives lost in the deadly Orlando standoff. https://t.co/swKyVG3pKP pic.twitter.com/MhJs43euAX

“[The children’s mother] never thought in a million years he would hurt the kids,” says Benenati. “It is tragic. It is an unspeakable act. Nobody could imagine it was going to end up this way.”

The exact timeline of what transpired is not yet known.

According to WFTV9: Orlando police Chief John Mina reported that:

“Negotiators lost communication with Lindsey around 8:30 p.m. Monday because of a poor connection. Lindsey was using a Wi-Fi phone that did not have cellular service. When SWAT team members moved in to bring him a phone, they could see that one of the children was dead. Lindsey’s body was found in a closet.”

Lindsey had a suspended sentence and didn’t want to return to prison, according to Benenati.

A GoFundMe page was created for Ciara Lopez, which has already raised over $48,000 dollars for “funeral expenses for the four children, grief counseling and financial support to help Ciara get back on her feet.”

A GoFundMe page was also created for Officer Kevin Valencia, who remains in critical condition after being shot in the face by the gunman. He has received over $119,912 to “help the family with short term and long term expenses while he fights to recover from these devastating injuries.” He is a father of two small children ages 5 and 8 months.

If you’d like to support the family of Officer Kevin Valencia, who was shot and remains in critical condition, here is a fund set up by @FOP25
Funds are being collected by the Orlando Police Heroes Foundation. https://t.co/GfxTWL7pgt pic.twitter.com/QaczuIoB59

Valencia’s wife, Meghan, made an emotional statement about her husband and father:

“I need my husband. My kids need a daddy and this community needs a real hero,” she said while sitting among her husband’s brothers and sisters in blue.

She said that all of the officers involved are devastated that the children couldn’t be saved.

“I know every officer wanted to get those children out and believe me when I say that each and every one of them feels the weight of the world because they couldn’t.”

Officer Kevin Valencia’s wife, Meghan, talks about her husband, the love of her life, who is fighting for his life. https://t.co/GfxTWL7pgt pic.twitter.com/GuLvmSjJtx

Over 60 members of the police department became involved in the effort to peacefully resolve the situation.

Following the incident, the windows in the apartment were covered in tarps. They had been broken in the standoff.

This is what’s left behind following a deadly end to a standoff in Orlando. pic.twitter.com/pU0TWrpauE

See more in the video from Wochit News below: