Police Officer Interrupts Party. But What He Does Next? Keep Your Eyes On His Feet… 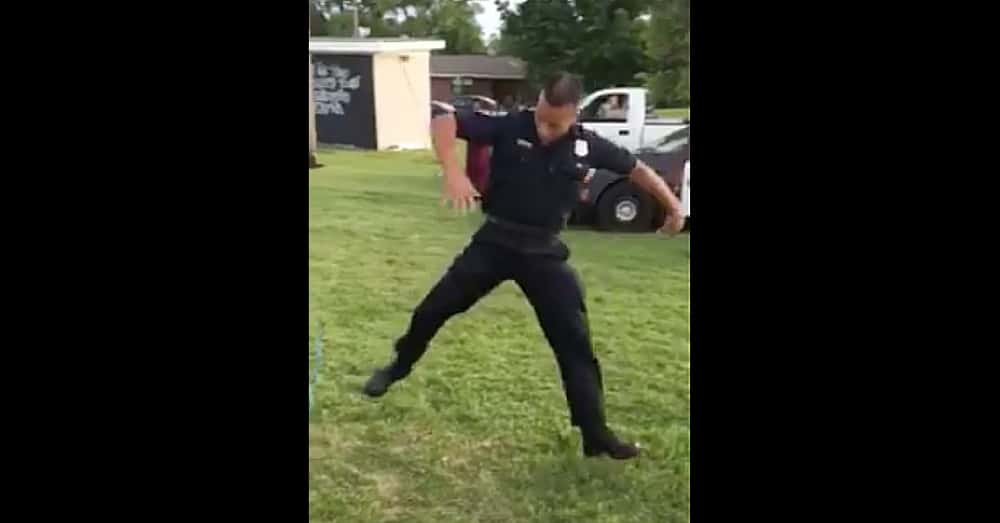 A group of neighbors was having a community day cookout in Lebanon, Tennessee, recently when they saw a police car drive up.

“Aw man what now?” asked Britton Winfree, thinking there was going to be trouble.

But to his surprise, what happened next was the exact opposite, and what Officer Ariel Feroz Carrillo did next left the group with their jaws on the ground.

Carrillo took off his heavy belt, which held his weapon, and began break dancing right in the middle of the party!

While it took the group a second to realize what was going on, they quickly broke into big smiles and cheers.

With all the bad things that have been going on recently between cops and citizens, it is refreshing to see police officers take time out of their days to show their communities that they really care.

What Officer Carrillo, as well as his partner, Tim Kelley, did that day will have a lasting impact on all of the people who were there.

“These are the things that will bring about change,” Winfree said, “instead of telling ppl how good cops could be officers Tim Kelley and A. Carrillo showed us. And I want to tell both of those officers thank you for setting such good examples for all the little kids that were in attendance today.

Since the video of Carrillo’s awesome dance moves has gone viral, the officer has explained the motive behind his actions. He said that, with all the unsettling things going on in the world, he wanted people to know that, while the police are here to serve and protect, they can also have fun.

Were you glad to see these police officers interacting with their community in a positive way? So share this!