Police Get Letter From 9-Year-Old Girl, That’s When They Notice The $10 Bill Stuffed Inside 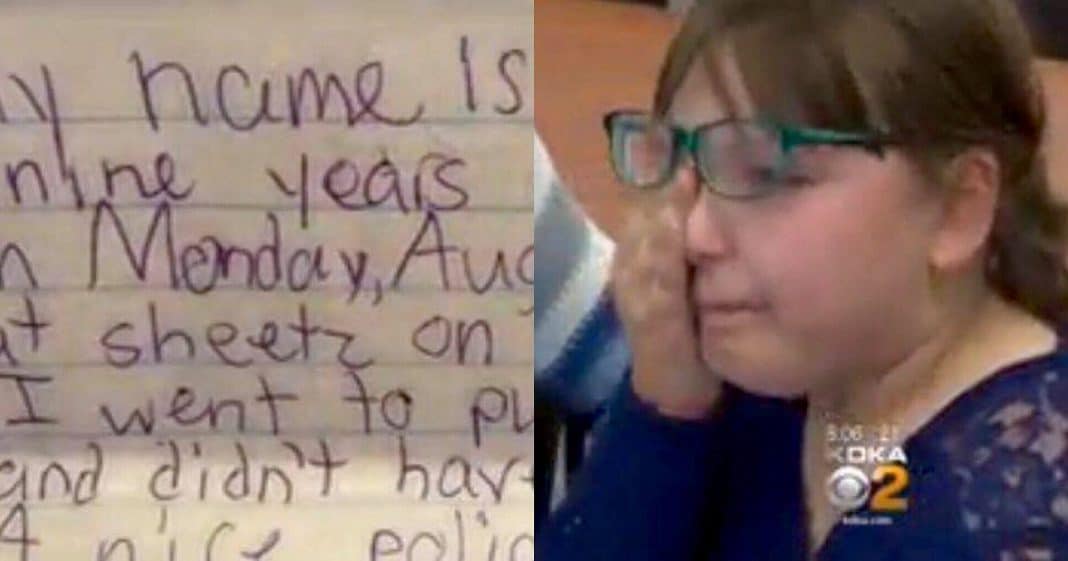 Who hasn’t laughed at the tired cliche about cops and doughnuts? Police officers have been indulging in the sweet treats accompanied by cups of coffee for decades. They’d spend time in local coffee shops to fill out paperwork and grab a snack while they worked.

This cliche has more meaning and is made sweeter when you find out what Brooke, a 9-year-old little girl did for a cop who helped her one day at a gas station.

Brooke and her family went to this station for gas; the little girl wanted to buy some doughnut holes, but she didn’t have enough money. A state trooper got behind her in line and told the cashier to add her pastries to his bill.

Brooke, like most kids, experienced a range of emotions. She was so happy, overwhelmed, nervous and excited about what the officer had done. She was caught off guard by his good deed. Without saying a word, she hurried out of the store as soon as she received the doughnuts.

When she got home, Brooke slowed down and did something very thoughtful that would set in motion a chain of kindness that would stretch from Brooke to the cops and back to Brooke again. She wrote a thank-you letter to the police and included a $10 bill inside.

She sent it off to her local police department. The letter and money were passed on to the kindhearted state trooper who’d made the purchase for her. Realizing this little girl was unique the police decided to do something special for her.

They collected $50 for her along with a Toys R Us gift card. They mailed this to Brooke. They’d rightly rewarded the little girl’s thoughtfulness. They figured she’d buy some cute toys for herself; and why shouldn’t she? Brooke responded in a way the officers weren’t expecting.

She took the cash and gift card and used it to buy toys. She then donated these items to Toys for Tots. She didn’t purchase a single thing for herself.

When the police learned of Brooke’s generosity, they knew they needed to do something even more special. The police invited Brooke to take a tour of their station. They also showered her with gifts. Finally, they made her promise to use some of the money and gift cards on herself.

According to CBS, Brooke’s favorite part of the day was seeing and sitting in the squad car. In an interview, a reporter recalls asking Brooke about her donations, saying, “what’s wrong with you?”

Everyone laughed, and Brooke said, “nothing.”

It was as simple as that; nothing is wrong with a child having an open, giving heart. Brooke’s parents should be very proud of their little girl who considered the lives of others instead of herself. She’s already one exceptional human being. Don’t you agree?