Police Find Elderly Couple In Tears, That’s When They Take Matters Into Their Own Hands 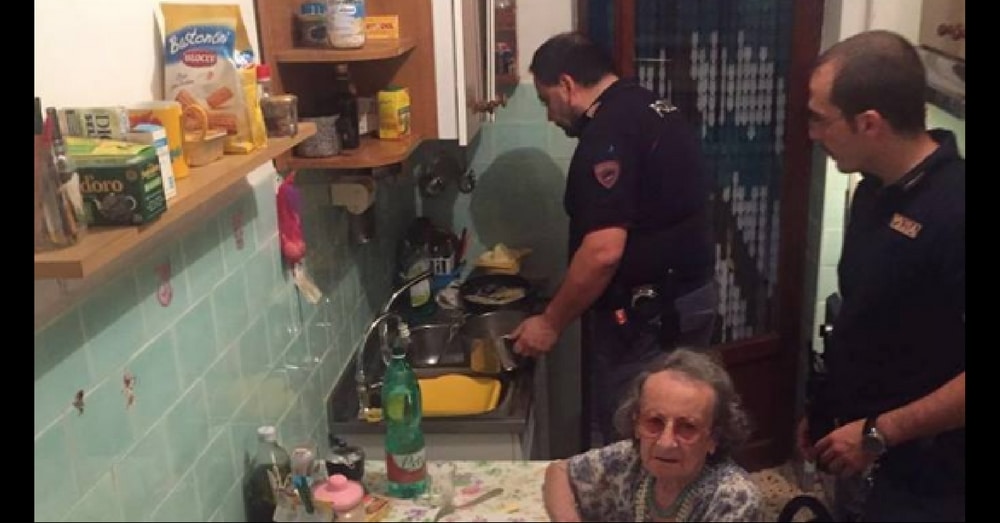 When police in Rome, Italy, responded to a report of crying and shouting in a block of apartments, they expected to find evidence of a crime. What they found instead left them floored.

Inside the apartment, they found husband and wife Michele, 94, and Jole, 84, in tears. Apparently, the two of them had been watching television and Jole had asked her husband why there was so much hate in the news that day. Grieved over the lack of love in the world, Jole began to cry so loudly that someone became concerned and called the police.

When the officers arrived and realized no crime had been committed, they started to talk to the couple about their lives. Michele and Jole told them that they had been married for nearly 70 years, but they often felt lonely as it had been ages since anyone had come to visit them.

When the officers looked in the couple’s kitchen they saw only a few old grapes and little evidence that either of them had eaten a proper meal recently. They called for an ambulance to check on the couple, and while they waited they prepared a simple meal of spaghetti with butter and parmesan cheese.

As Michele and Jole ate, the officers sat with them and kept them company.

The couple told them about their life spent together, but also said that they often feel so lonely in their flat that they put the television on to keep them company.

What the officers did that day may not have seemed like much, but for Michele and Jole, that act of kindness meant everything.

Were you touched by what these officers did for this elderly couple? So share this!