Police Find Dog Abandoned On Beach, Then Notice Massive Lump On His Right Side 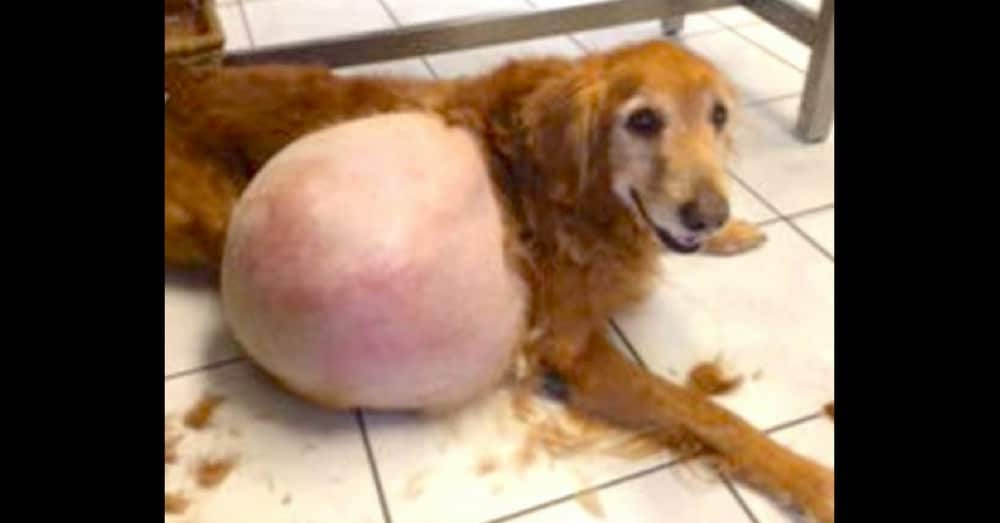 Dogs have earned their title of Man’s Best Friend. No matter what someone does to them or what happens, a dog continues to show love and loyalty. There is just something special about them that makes them one of the best companions and friends a person could have.

Unfortunately, that love and loyalty is not always reciprocated. Even though a dog would willingly sacrifice all for his owner, humans are not always so sacrificial or kind.

Such was the case when sweet golden retriever Henry developed a tumor on his right side. 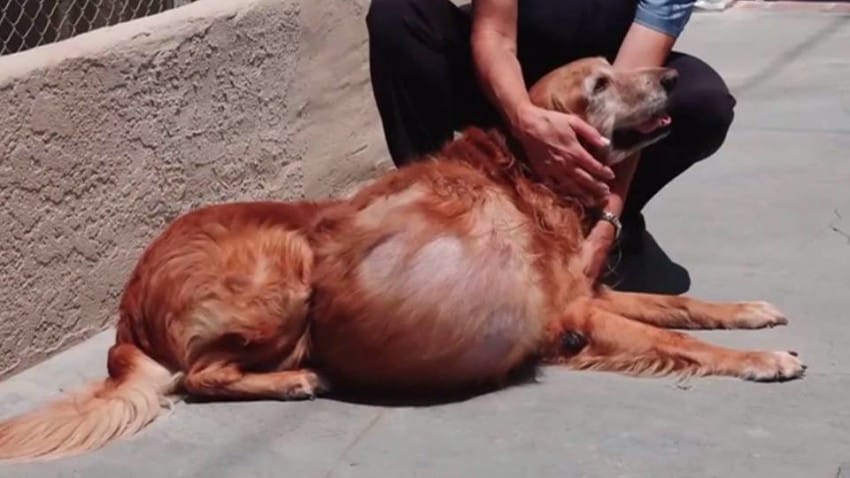 A woman named Sherri Haughton dropped the dog off at a veterinary hospital and said she had found him wandering alone on the sand in Newport Beach, California.

When the hospital staff saw him they couldn’t believe their eyes – the 46-pound tumor was bulging from his side, nearly doubling his weight and making it nearly impossible for him to walk or even lift his leg to relieve himself.

It was obvious that Henry had been neglected and abandoned and, the surgery was risky, they were determined to get Henry the help and care he needed.

“He has so much love and life to live that we wanted to give him a second chance,” said Valerie Schomburg, an animal control supervisor with the Newport Beach Police Department.

Thankfully Henry made it through the surgery just fine and is recovering well. 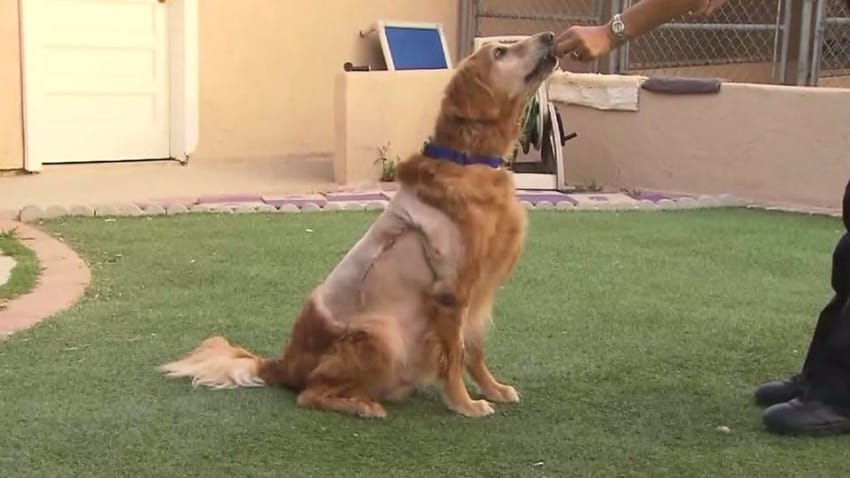 In a shocking twist, police did some investigating and discovered that Sherri was actually Henry’s owner and had only pretended he was a stray she had found. Presumably she didn’t want to pay his vet bills.

Sherri has since been charged with animal cruelty and neglect as well as obstruction after the false information she gave to the hospital delayed Henry’s treatment.

Henry has become a bit of a local celebrity and, while he is still getting treatment, he is now living in foster care and eagerly awaiting adoption. This time he’ll be going to a home that will show him the love and care he deserves! 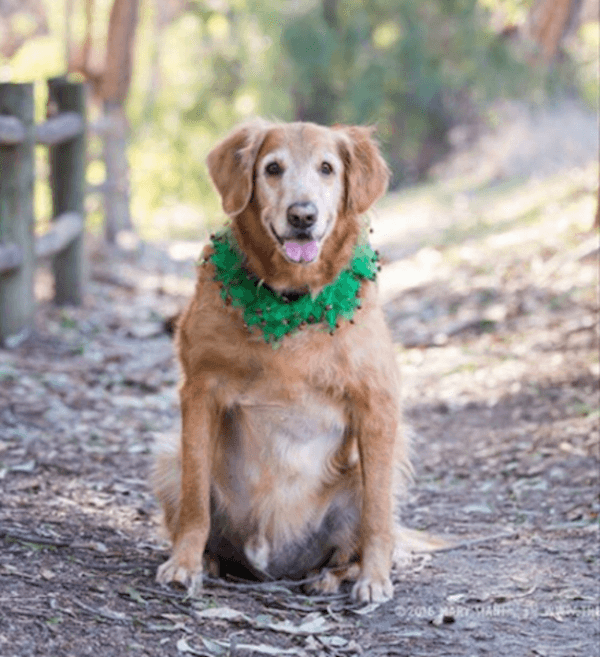 Were you happy to see Henry rescued and recovering? So share this!