Police Dog Shot In Line Of Duty, But Watch What Happens When He’s Reunited With Best Friend 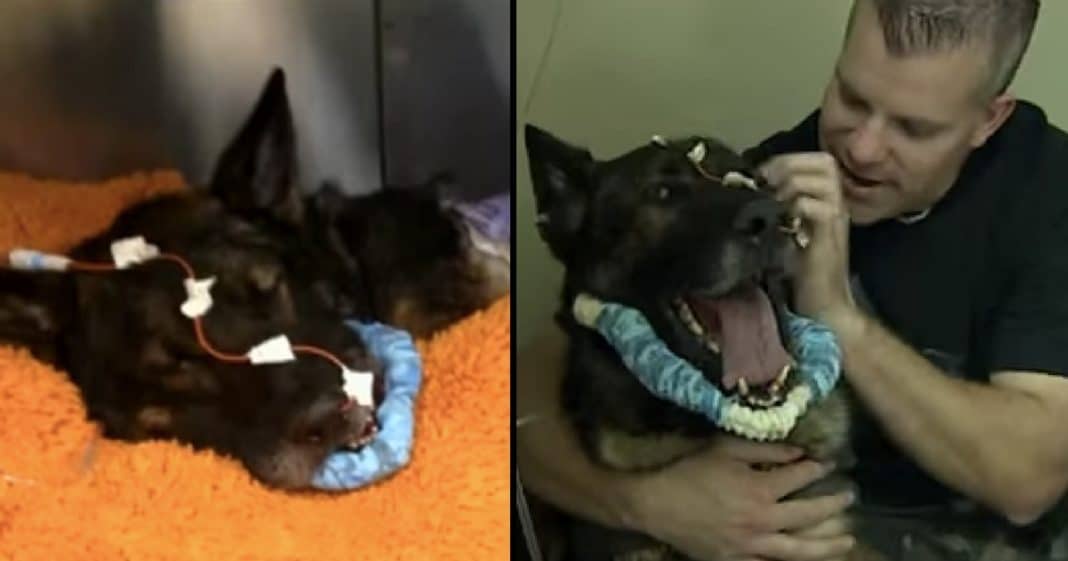 There’s a reason dogs are called “man’s best friend” – they are unendingly loyal, loving, and protective. Never is this seen more clearly than in service dogs.

RJ Young has been working with his K-9 partner Bruno for years. The pair have formed an incredible bond that even RJ’s wife admits is hard for other people to understand.

When Bruno was shot in the line of duty recently, RJ was understandably distraught.

“[Bruno was shot] point blank,” he recalled. “It was a horrific thing to have to watch. My entire world came tumbling down in the matter of a second.”

RJ thought Bruno was a goner, but he rushed him to the hospital where they immediately began work to save the heroic dog’s life.

The bullet had narrowly missed Bruno’s heart and he had to be put on a breathing tube and undergo two surgeries, but he began to recover and, two weeks later, was finally able to be reunited with his partner and best friend.

Bruno is now recovered and healthy and has been retired from service. RJ adopted him and brought him home where he will be able to live out the rest of his days with his true family.