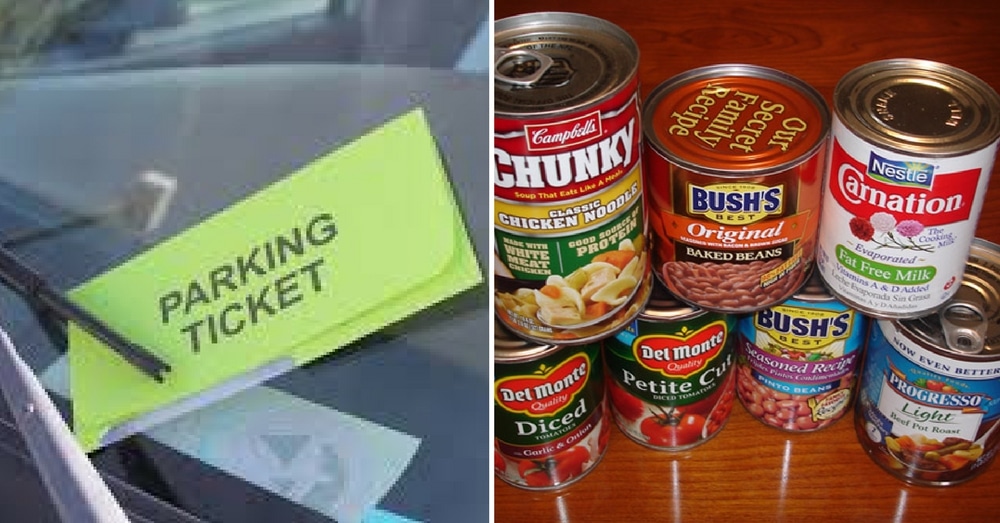 Nobody likes getting a parking ticket. But in one Virginia town, paying it off is now a little less painful. The Strasburg Police Department announced on Facebook this week that it will accept canned food donations to a local charity as payment for parking tickets. The offer is good for the rest of this year.

“The idea actually came from a friend that told me about a town in Kentucky that did this,” said Police Chief Tim Sutherly. “I Liked the idea and approached the town manager and he agreed that it was great idea.”

Not only does the town agree, but social media does as well. The police department’s post has been shared hundreds of times over the course of just a few days.

“The feedback has been tremendously positive,” said Sutherly. “People are much more pleasant paying a ticket knowing the food is going to a good cause and not the town coffers.”

The best part of the trade is the benefit that it will have for the local food bank.

Chief Sutherly explained that he specifically chose The Compassion Cupboard because they are local and funded strictly through donations.

“They [The Compassion Cupboard] love the idea and it promotes their cause as well,” said Sutherly. “The hope is that there is a multiplier effect where people will start to donate even if they don’t receive a ticket.”

Read more about this police department’s kind and creative initiative at CBS News.