Single Mom’s Car Gets Impounded, Then Cop Looks In Backseat And Knows Something Isn’t Right 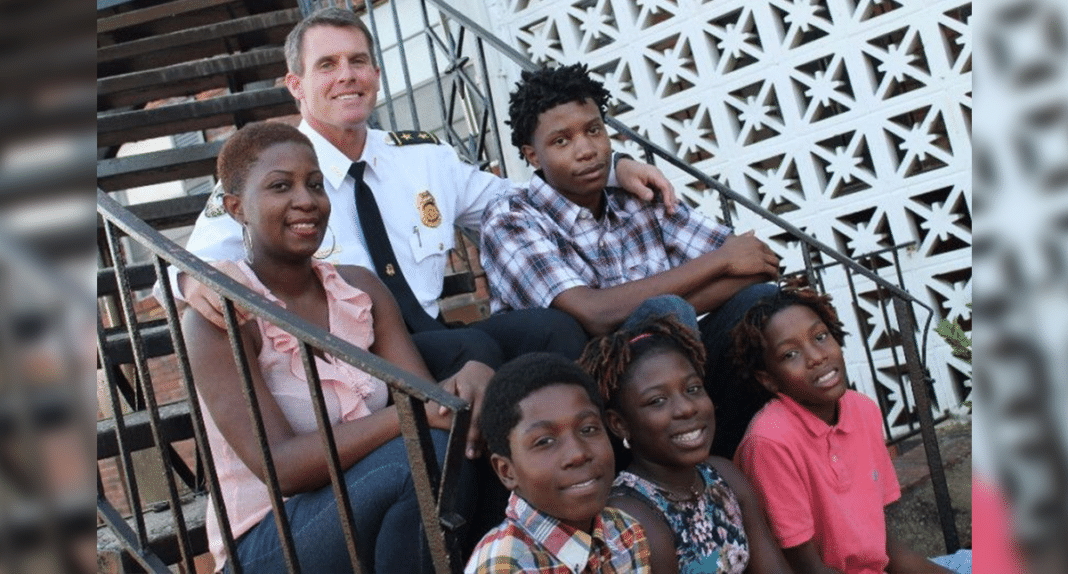 Single mom, Ebony Rhodes was taking care of four children when her mother died. She had nowhere to go but decided that she would pack up her family into their 20-year old Buick Regal and head for the city of Atlanta with no money or home. The family had to somehow live out of the car until they could find shelter.

Her life changed forever when she was pulled over at a routine traffic stop. Ebony’s car wasn’t insured, and her license and registration were expired. The Atlanta police arrested her and her car was impounded. She and her kids were homeless.

“That’s the worst I ever felt. Not being able to provide for my kids like I should be, because as a mother, that’s your job,” said Ebony.

An officer on the scene, who was also a single mom noticed clothes and belongings in the back seat, a sign that the family was living out of the car. Something had to be done. The officer brought it to the attention of APD Deputy Chief Jeff Glazier.

He knew they had to take action.

“If we were to let Ebony’s family fail, I think that would be a failure on us,” said Chief Glazier

Chief Glazier spoke to Ebony and found out the story was even worse. She had serious health issues, and so did three of her children. She was trying to hold down a job at Walmart but had to miss days because of her illness.

“Ebony has had health issues for most of her life,” Glazier said. “She has to get chemotherapy. She was getting sick and she couldn’t work. And if you don’t work you don’t get paid.”

Glazier went to Ebony’s job and gave her the news that he had arranged a shelter where her family could stay.

“I said ‘I’ve got you a place to stay,’ and she started crying right away,” Glazier said 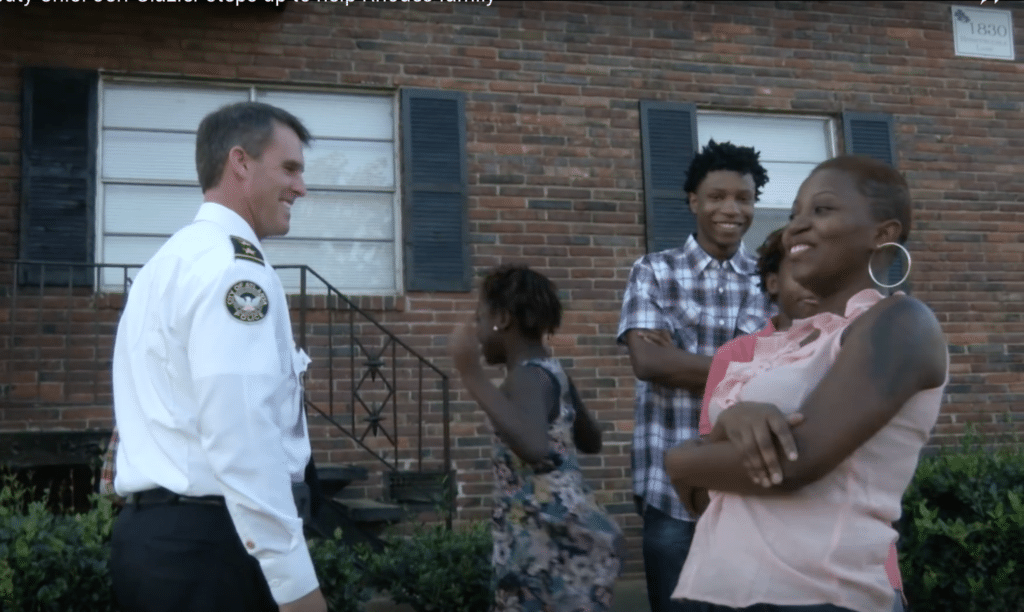 The family lived in the one-room shelter for several months, as Ebony worked to save money to move to an apartment. She soon started a job working as an assistant manager at a fast food restaurant. To try to help make ends meet, her eldest son took a job working 30 hours a week, as a junior in high school.

Despite their best efforts, the family’s health problems were draining any savings they could manage to gather together. The middle son was burned in a campfire accident. The youngest daughter suffered from Lupus and is blind in one eye. One of her sons has asthma and has developmental challenges. They just couldn’t seem to win.

That’s when Chief Glazier decided to set up a GoFundMe page for the family, explaining all of their hardships. They really deserved a chance at a new beginning, but they needed a safety net.

“Maya Angelou said…’We are more alike, my friends, than we are unalike.’ I truly believe that and hope your generosity makes life easier for a struggling family,” said Glazier.

Since the original posting in November 2017, the family has received almost a thousand generous donations. They are nearing their goal of $75,000, slowly and surely, thanks to kind people donating a few bucks here and there.

Ebony considers the Atlanta Police Department part of her own family now.

See more in the video from the Atlanta Police Department below:

See more from CNN below: