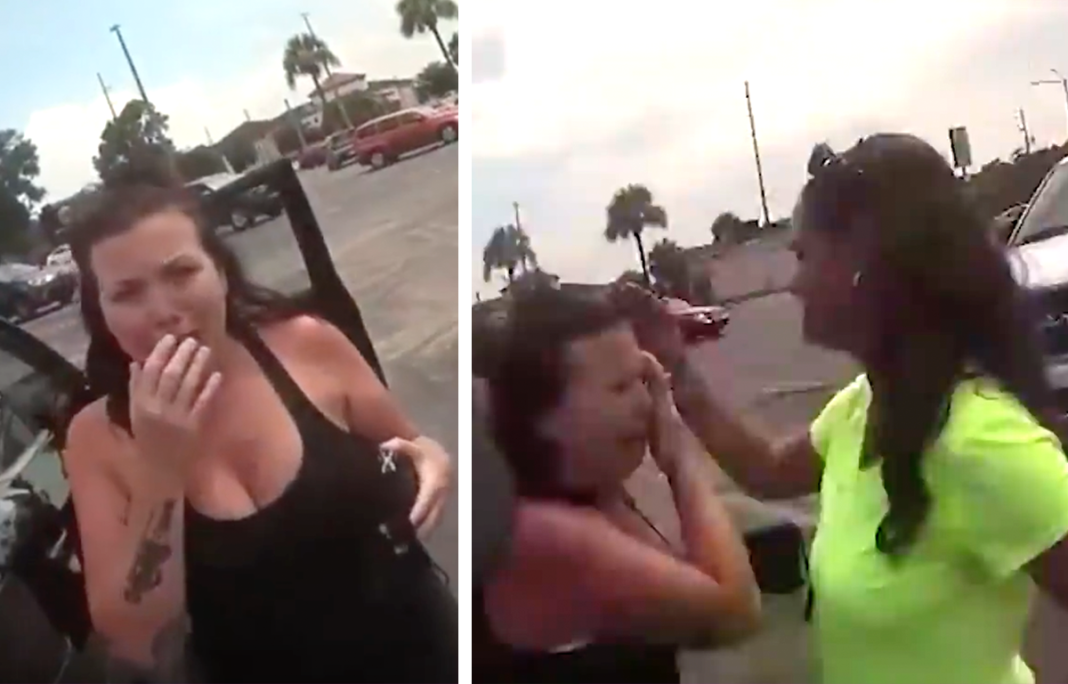 We keep seeing shocking stories about children and babies being left in hot cars. Despite all the news, it keeps happening. This time, a video captures the exact moment that a parent is confronted over their life-threatening lapse in memory.

Meagan Burgess, a 33-year-old woman from Volusia County, Florida, was charged with child neglect on July 17 after leaving an 8-month-old baby boy in the car at a beauty supply store parking lot.

Ironically, she said leaving a child in the car was “her worst fear.”

A passerby identified as “Jessica,” was walking through the strip mall parking lot when she saw what looked like a doll in the car. Then she took a closer look and realized, it was a real baby.

She immediately called 911 and found the doors of the car open. The temperature inside the car was soaring to 90º with no air conditioner and the windows sealed.

This baby would be dead if it wasn't for this woman ?

This baby would be dead if it wasn't for this woman ?

The Sheriff’s Office spokesman, Andrew Gant, said they were lucky this time, arriving around 3:15 p.m. and finding the baby ok.

“The door was unlocked, and witnesses opened it and found the 8-month-old boy was OK,” Gant said. “Deputies and firefighters who arrived on scene confirmed that the boy was in good health and good spirits.”

About 24 minutes later, Meagan Burgess returned to her vehicle, where she was confronted by the police and the woman who had saved her baby’s life.

“Burgess told deputies she had forgotten the baby was in the car as she had just dropped off several other children with a family member in DeBary,” Gant said. “She said leaving the baby in the vehicle was her worst fear.”

The child is now in the care of his father.

Amanda Thomason, with the Western Journal, had a common-sense idea that could possibly help prevent similar incidents.

“Some people suggest keeping your phone or purse or other items near the car seat — not close enough so the baby can reach it, but close enough so you remember to grab it and your child before going anywhere,” wrote Amanda.

As always, doing a head-count is a must before leaving the car, especially when it’s so hot outside. Even kids that seem perfectly capable can become trapped in a car in seconds, as we’ve sadly seen time and time again.