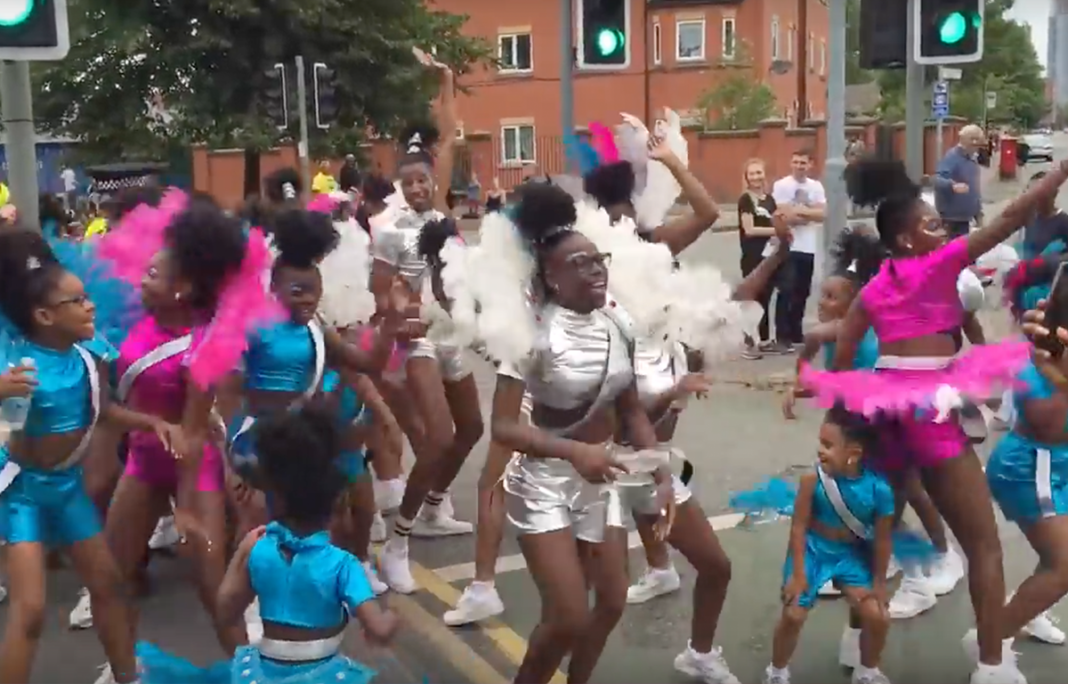 Twelve people were taken to the hospital after shots were fired at an annual Caribbean Carnival in Moss Side, Manchester on Sunday. The carnival attracted 16,000 people during official hours until 8 p.m.

In the wee hours of the morning at 2.25 a.m. shots were fired into a panicked crowd of revelers at two unofficial street parties.

The ensuing panic caused one man to break a leg, and other injuries as people struggled to get out of the crowded area.

Ten people have been hospitalised after a shooting in Moss Side, Manchester overnighthttps://t.co/ssgKkIElIW pic.twitter.com/hg0Dho3DuF

On Monday, police are asking the community for help in determining who could have carried out the “completely reckless” shooting which may have involved a shotgun. It’s not known how many times the gun went off.

Anyone with information can report it anonymously to Crimestoppers, a charity independent of police.

On Sunday, police indicated they would investigate the incident as attempted murder.

UPDATE: Moss Side shooting is being treated as attempted murder https://t.co/f5Hosri1qn

A 12-year-old girl and two men age 23 and 30 remain in the hospital, while nine others were treated and released.

From The Daily Mail:

“The youngest victim, aged 12, was shot as his petrified parents looked on at around 2.30am, witnesses have revealed.”

Amazingly, all twelve injuries are not believed to be life-threatening.

The celebration went on despite the shooting on Sunday. Civic leaders would not be deterred and said the shooting was unrelated to the carnival.

“We can’t allow one idiot to tarnish the name of Moss Side or the carnival. The carnival will continue today. It’s business as usual. Come out and enjoy yourself.

“This idiot could be in any city in the country. The police are making inquiries about identifying who was responsible for this and what the motive was,” said city center spokesman councilor Pat Karney.

“We can’t allow one idiot to tarnish the name of Moss Side or the carnival. The carnival will continue today. It’s business as usual. Come out and enjoy yourself."https://t.co/BZn6p3AcbV

The celebration marked the 70th anniversary of the Windrush generation. Some 500 people from the British colonies in the Caribbean nations arrived on the MV Empire Windrush ship to help rebuild Britain after the destruction of World War II in 1948.

A major scandal erupted this year when these long-term residents and their descendants were suddenly classified as illegal immigrants.

Many of these people lost their jobs, were deported and lost their health care.

Prime Minister Theresa May apologized to Caribbean leaders after Interior Minister Amber Rudd resigned. She reassured those in the Windrush generation that they would remain British citizens.

“Those who arrived from the Caribbean before 1973 and lived here permanently without significant periods of time away in the last 30 years, have the right to remain in the U.K.,” May said last month. “As do the vast majority of long-term residents who arrived later, and I don’t want anybody to be in any doubt about their right to remain here in the United Kingdom.”

The first Caribbean Carnival took place on the streets of Moss Side in 1972.

See more in the video from the Daily Mail below:

See footage of the Moss Side Carnival this year below: