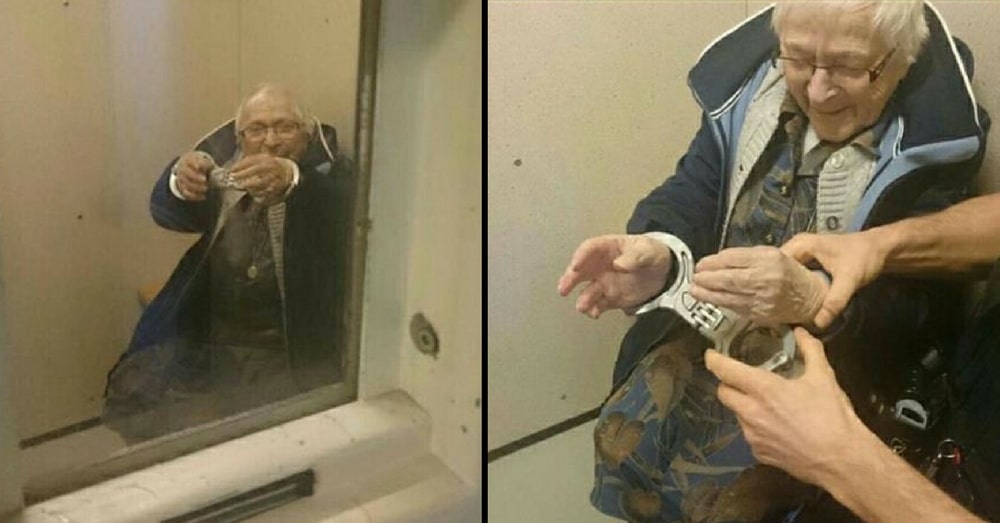 While I can’t say I’ve ever wanted to experience what it’s like in the back of a police car – especially not on my birthday – for 99-year-old Dutch woman Annie that was exactly the way she wanted to celebrate. Police helped her cross the item off her bucket list the other day, and the whole affair was simply adorable!

ABC Australia has the story:

An elderly Dutch woman named Annie was able to cross off a rather unusual item from her bucket list when she was “arrested” and “booked” into a jail cell at her local police station.

Last week, police in the eastern Netherlands town of Nijmegen-Zuid granted Annie’s final wishes of getting the “inside experience”.

The police shared a post on their Facebook page including several pictures of Annie smiling with glee as she sat handcuffed and waving to the camera from within a cell.

The post explained Annie was almost 100 years old and had always wanted to “experience a police cell from within”.