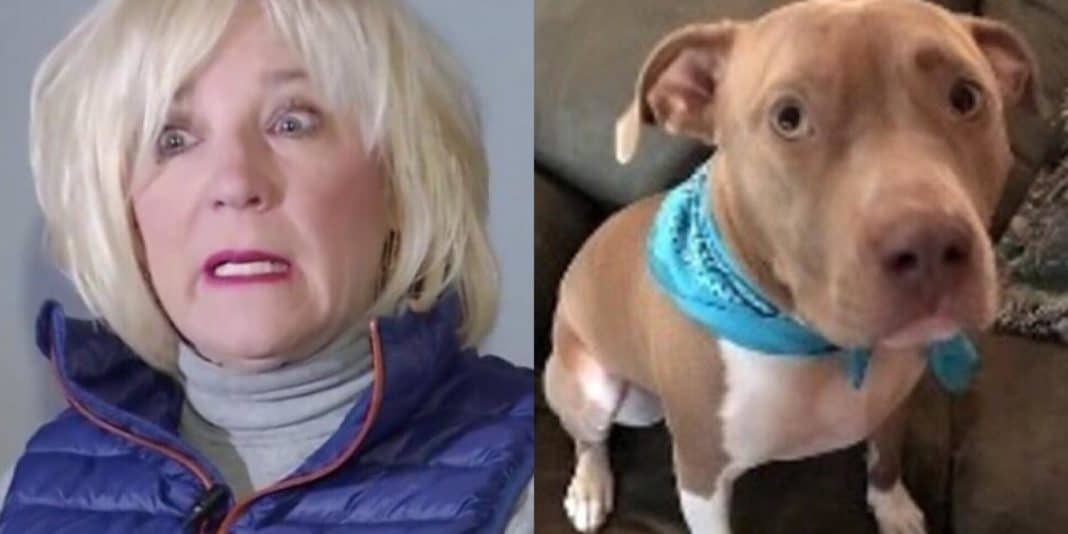 It doesn’t take long for humans to become familiar with their pets behaviors. Pets grow accustomed to our routines and habits too. They know when it’s time to eat, go for a walk or take a ride in the car.

We know if our furry pals need to see the vet. They alert us in their way. Maybe they’re sluggish, not eating as much or as often as usual or perhaps they appear to be in pain. Maybe they aren’t as playful. We know they’re trying to communicate that something isn’t just quite right.

Illness or pain aren’t the only instances family pets alert us to. They can also sense danger from either weather or people. They might bark or growl to notify you of a new stranger in their territory.

There’s been ongoing debate about pit bulls. Some say they’re wonderful animals who are protective of their homes and humans. However, the pit is band from places altogether because it’s feared instead of understood. In this particular story though, the pit bull can only be viewed as a hero.

The story begins with Ruby the pit bull therapy dog. Her human owners are Ronene and Chris. The Lakeview, New York couple are pit bull advocates. The SPCA reported that Ruby found her way to ronene and Chris through Paws For Love. She isn’t a rescue trained therapy dog. As part of her training, Ruby doesn’t bark unless someone is at their door.

The couple found it strange when Ruby started barking one evening. There wasn’t anyone at the door. She kept on crying for an hour and a half. Finally, when it didn’t let up, Ronene figured she’d better head to the basement and see what was going on.

“I guess I figured at that point something was up she got up and went downstairs.”

Ruby reached the bottom of the stairs first. She opened the gate that led to their garage. It was then Ronene realized Ruby had saved their lives.

There is no doubt in my mind this girl after barking for two hours in the middle of the night…may have saved our lives …..no drama just a fact you just can't make this s*** up

They’d recently installed a propane heater in their basement. They wanted to avoid another messy incident of their pipes freezing then bursting. Ruby detected a carbon monoxide leak in their heater.

Days later, Ronene explained how she’s still emotional about this event: “Tears come  to my eyes at this very moment knowing that on Jan 19, 2018, this beauty of a dog may have very well saved our lives.”

The 2-year-old pit bull was rescued and sent to therapy training. Ruby also is agility-trained and has a CGC certification. She’s also a hero and a celebrity. She’s received invitations to appear on shows like Rachel Ray among others.

It’s unclear whether Ruby will make her television debut. Guess we’ll need to keep an eye out for a sweet pit bull on our screens. She did save the lives of her humans; and isn’t that something that should be celebrated?