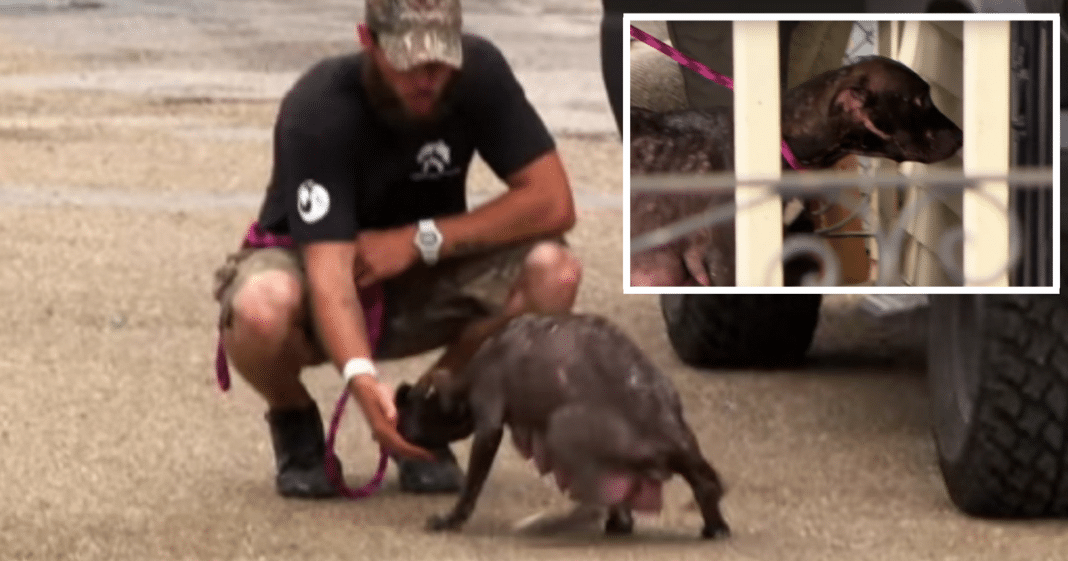 Tia Maria Torres, the founder of the Villalobos Rescue Center, got a call from a security guard that an emaciated pit bull was wandering around a New Orleans shopping center. The friendly momma was desperate, starving, and clearly should be nursing a litter of pups, but nobody knew where the puppies were.

That’s when Tia sent out Matt, one of the parolees working for her, to find the dog and discover what happened to her puppies.

When Matt arrived on the scene, he was shocked by the dog’s response to his approach. Rather than running for cover as neglected dogs often do when approached by strangers, this dog came straight for him, tail wagging. She was extremely sweet, offering kisses as Matt easily slipped a leash on her.

“She came across the road. She looked me right in my eyes. She was just asking me for help. You know it would have been a pretty amazing feeling if it wasn’t such a sad situation,” said Matt. 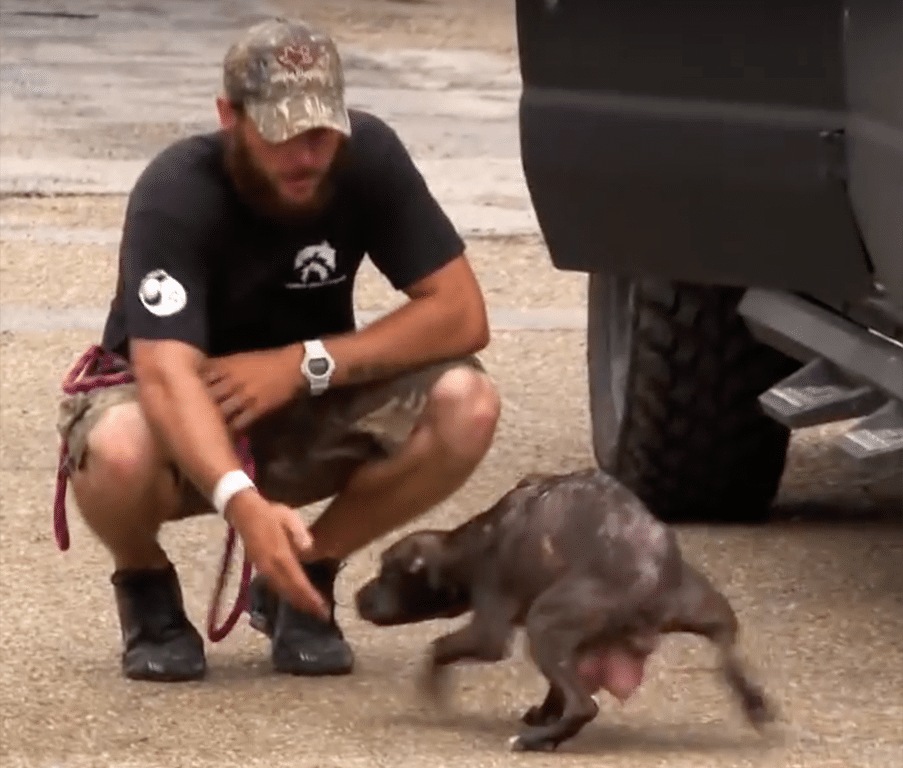 The Pit bull walks right up to Matt

Then another surprise: The momma dog clearly wanted to lead Matt to a nearby house just 20 feet away. Following along, she took him straight to the door, where he would find out the puppies were located inside.

Why would the occupant of the home lock the mother away from her puppies, leaving her outside in desperation and hunger? Without the mother’s milk, the puppies would die.

The rescuers find out that the man inside does have the puppies, but that the mother is his roommate’s dog, and he is in prison. The man claims he’s taking care of the dogs, but it’s obvious from the condition of the momma that he is neglecting them badly.

Matt and Sugar, the animal cruelty investigator, ask if they can take the dog and her puppies, but the home occupant refuses to give them access to the pups.

“You are bothering me,” says the man.

Although the man refuses access to the puppies, they decide they won’t leave the mother. They take her with them but are heartbroken that the puppies remain in the house. They are determined to reunite the momma with her litter. 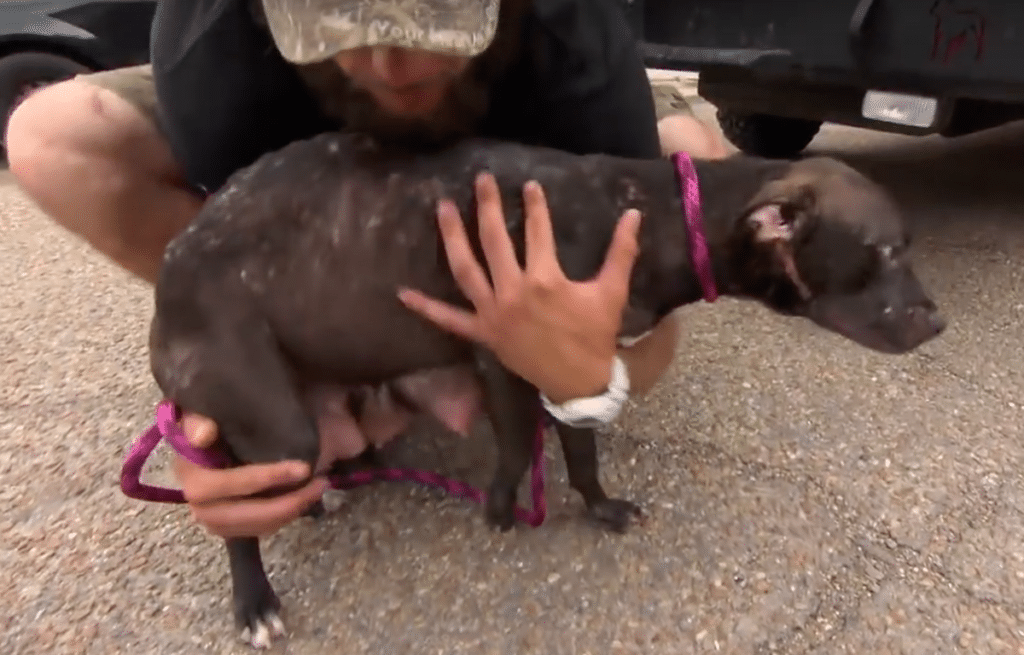 The rescuers save the momma, but what about the pups?

See what happens next in the video from Animal Planet below: