Pink Stops In Middle Of Song When She Sees Girl Crying. What She Does Next Is Going Viral 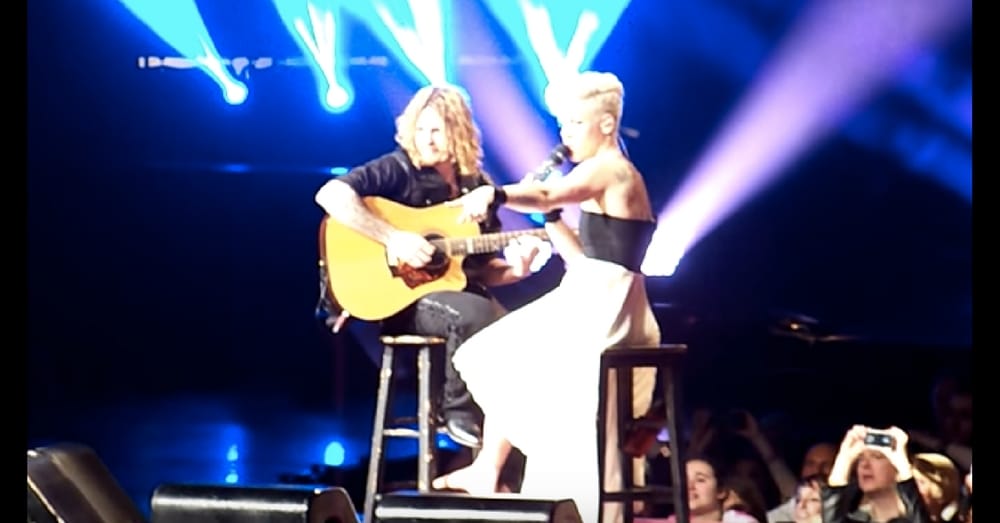 Singer Pink was in the middle of a concert in Philadelphia on her The Truth About Love tour when she saw something in the audience that caught her eye. What she did next has been going viral and truly shows what kind of a person she really is.

The singer was in the middle of an acoustic performance of her hit song “Who Knew” when she noticed a little girl crying. She stopped her guitarist and looked out into the crowd, asking, “Is everything okay right here? Why is she crying?”

The answer she got left her stunned and led to a chorus of boos from the crowd. Apparently some women had gotten into a fight and had scared the young girl, who got caught in the middle of the altercation.

Pink was quick to call the women out for their childish behavior.

“You are all fighting around a little girl?!” she asked. “Cut it out, you are all grown ass women.”

The singer also came over to the side of the stage to comfort the little girl. “First of all, you look beautiful,” she said before offering the girl some of the gifts that had been given to her by other concertgoers – a stuffed frog and a Rice Krispies treat.

A video of the sweet moment between the singer and her young fan has since gone viral.

Celebrity can be used and abused for many things, but helping a young fan out and giving her memories to last a lifetime might just be one of the best ways!

Were you touched by the way Pink comforted her young fan? So share this!