Pilot Tells Them To Wait On Plane. Then He Looks Out Window, Immediately Starts Sobbing 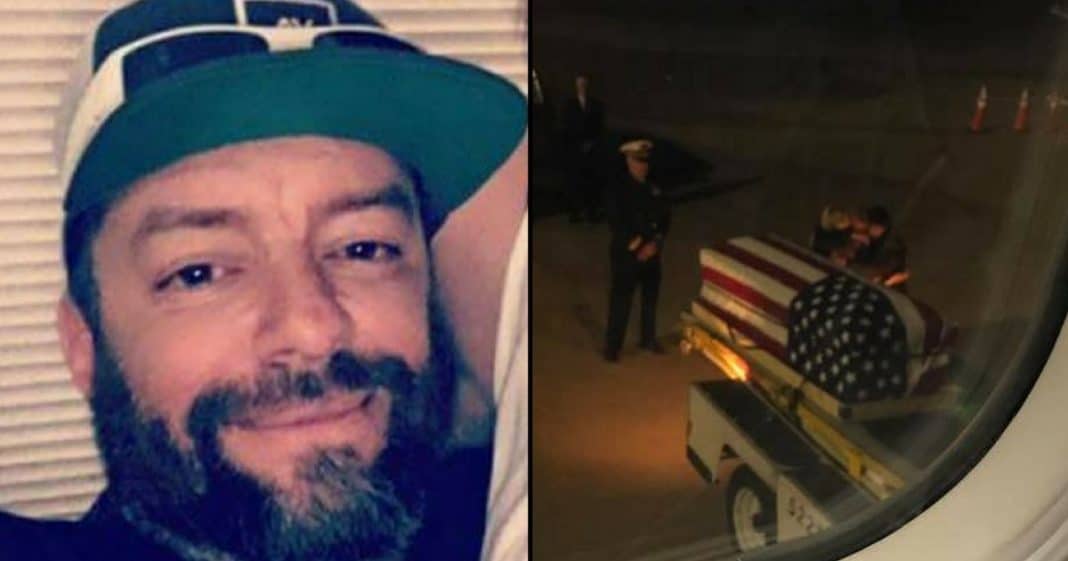 Most people, when they fly, do not think about the fact that the plane they are riding in could also be transporting the deceased to their final resting place; but according to Airliners, it’s actually quite common.

Usually, though, the coffins are unloaded with very little fanfare and most people don’t even notice it happening. On one recent flight, though, people did notice, and what happened next will restore your faith in the human and American spirit.

Mike Helms was on a flight that had just landed in Oklahoma City when the pilot got on the intercom and informed the passengers they had been carrying fallen soldier Brooke Newton home to her family. He asked everyone to remain on the plane and give a moment of silence until the casket could be taken off the plane.

Mike looked out the window while they waited, and what he saw he will never forget:

Immediately, Mike was overcome with emotion. He hoped no one would notice, but soon realized everyone else on the plane was also in tears.

“This moment hit me hard for some reason,” he said. “I couldn’t hold back tears. As I looked around the plane, I was hoping nobody would see my moment of weakness but to my surprise, damn near everyone on the plane was crying.

“The woman standing next to me was Muslim. She was in tears and she tried consoling the woman next to her. The plane was filled with people of all races and religions. It was amazing to see everyone on that plane pay tribute to this woman and her family.”

What a beautiful picture of both America as it’s meant to be and humanity as it’s meant to be. In that moment, it didn’t matter what a person’s religion, skin color, or political preference was; everyone was mourning the tragic loss of this brave soldier who had given her life for them.

“I saw no division on that plane last night,” Mike wrote. “I saw Americans paying respect to their countryman. A woman who put her life on the line for me, and you, and your freedoms.”

Were you touched by this story as much as we were? So share this!