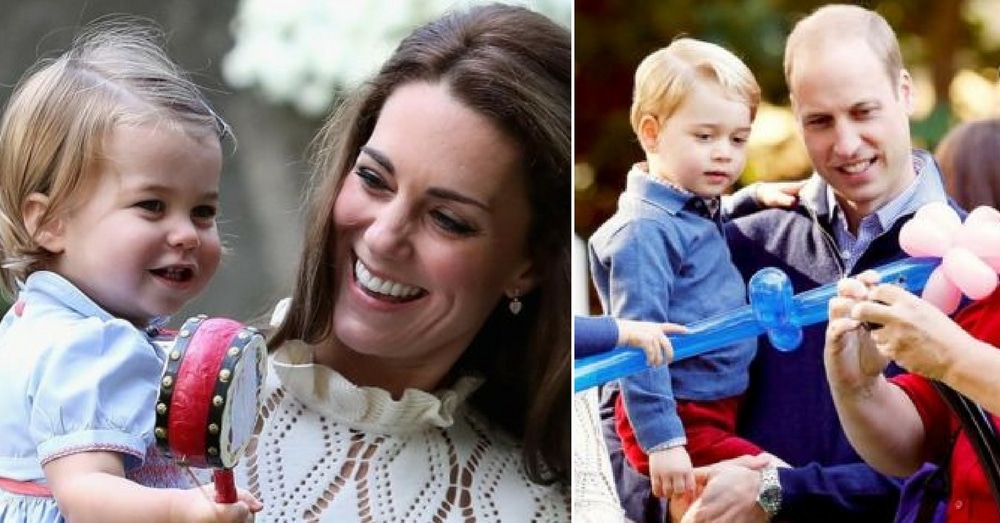 Charlotte, 16 months, was heard speaking in public for the first time – saying “pop” at the balloons that filled Government House in Victoria.

The residence was transformed into a children’s paradise, which included a petting zoo and miniature ponies.

The play day was on day six of the Cambridges’ eight-day tour of Canada.

It is the first official trip all four of the family have been on together. 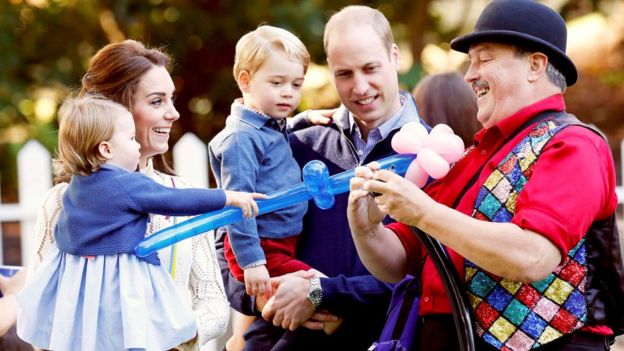 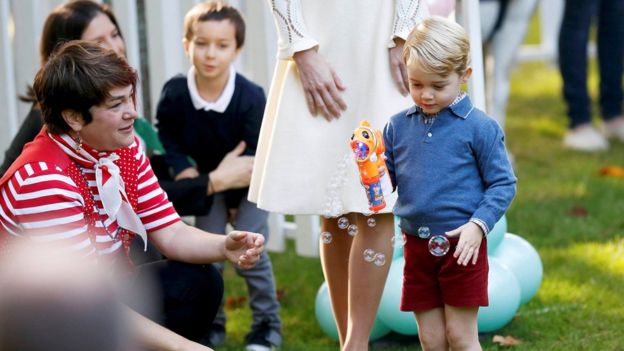 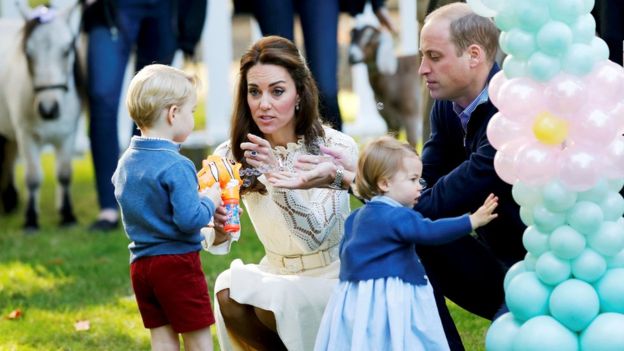 Those who chronicle the lives of the Cambridges now know that balloons are the way to a 16-month-old princess’s heart and Charlotte’s first public utterance was to use the word “boo”.

Considerable column inches are generated from such offerings. The power of the images is considerable.

The children personify the future of the Canadian monarchy in a country that may, one day, chose a different path.

There’s no sign, at the moment, of that being the desire of the majority of Canadians.

George and Charlotte, on display, will not become an everyday occurrence.

William and Kate are determined their children grow up in private and not in public. This party will attract global attention because of its rarity value. 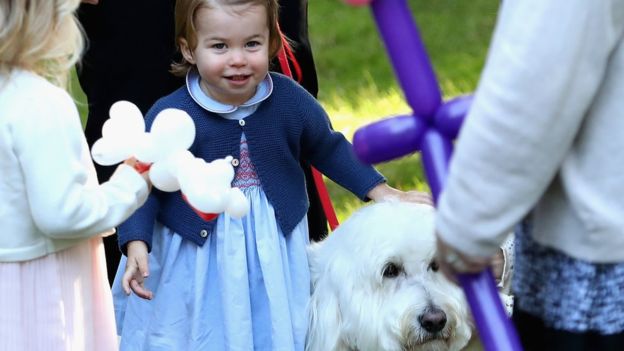 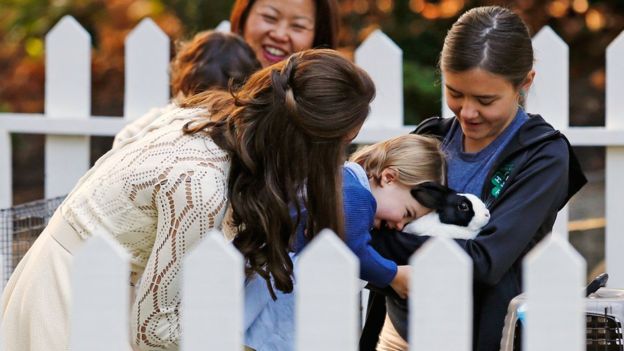 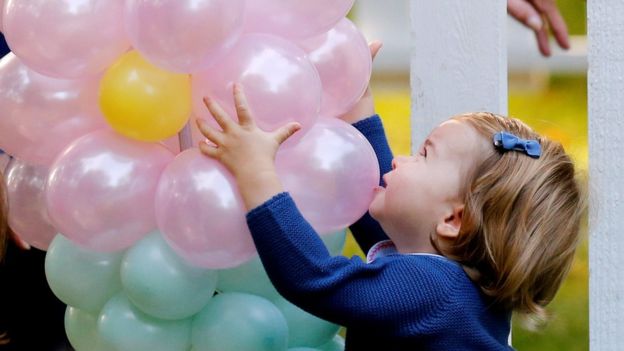 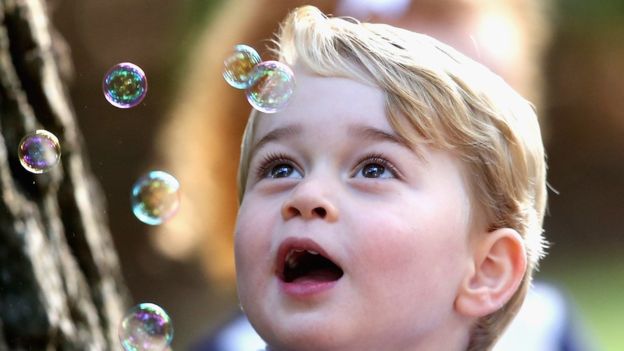 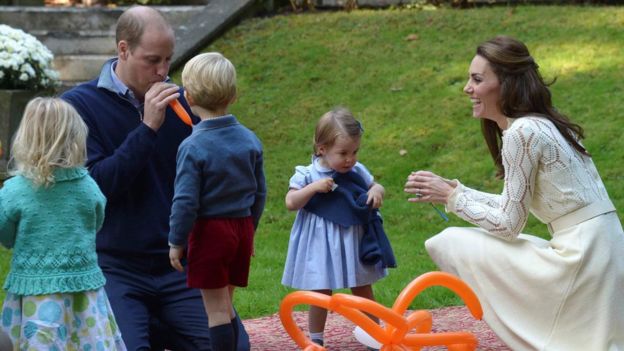 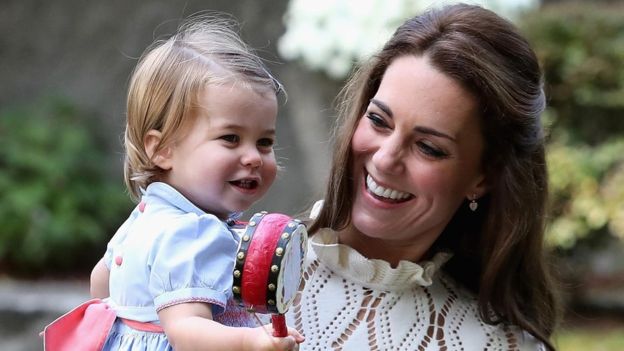 Head over to the BBC to see more sweet photos of the royals’ day out!