Photographer Spots Lion Nursing Young Cub, But When He Takes A Closer Look…That’s When He Realizes it 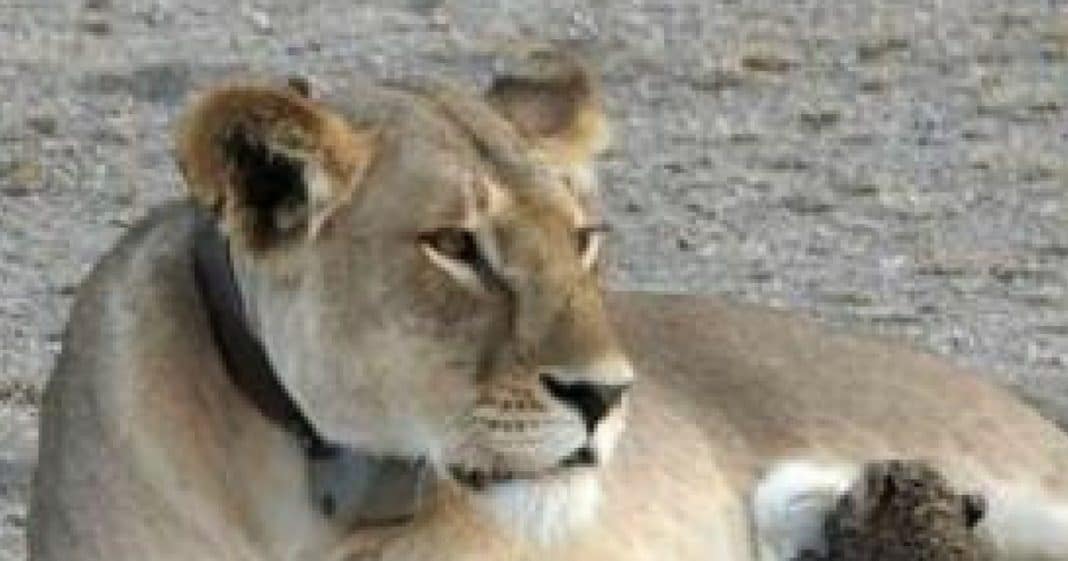 African lions and leopards are not what you’d call friends. In fact, lions have a habit of killing leopards.

So it was quite surprising when a five-year-old lioness was seen nursing a weeks-old leopard cub recently in Tanzania’s Ngorongoro Conservation Area. 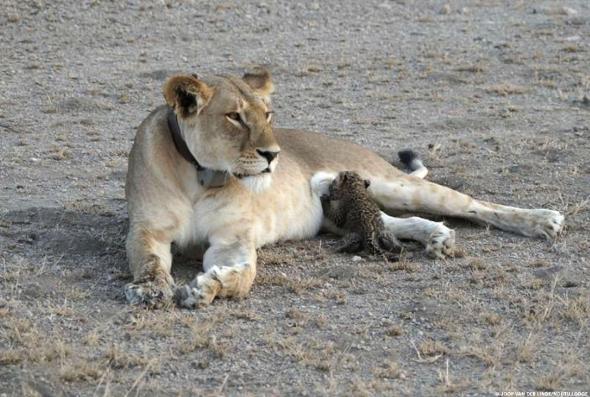 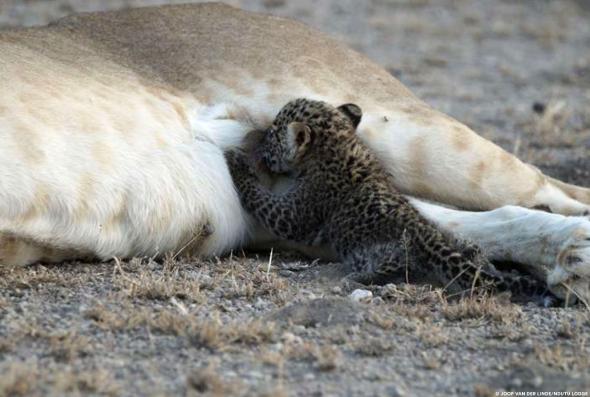 It’s possible the maternal instincts of the lioness kicked in and overrode the usual instinct to kill a leopard cub.
PHOTOGRAPH BY JOOP VAN DER LINDE, NDUTU LODGE

It’s unclear exactly how the lion and the leopard came into contact, or where the leopard’s true mother might be, but for now, Hunter says it seems as though the lioness’s aggressive instincts have taken a back seat to her maternal ones. (See “A Lioness Killing a Leopard Cub Floored These Filmmakers.”)

You see, this female lion, known as Nosikitok, also has a few cubs of her own hidden in the bush. What’s more, the lion cubs are almost the same age as the leopard cub, according to KopeLion, the Tanzanian conservation nonprofit that has been tracking Nosikitok by radio-collar.

While the arrangement is unusual, Hunter says there’s nothing physiologically that should prevent the lion from raising the leopard. Both species produce similar milk and undergo comparable nursing periods. But these are not the only factors to consider.

“This is all speculation, and I’m hoping for the best,” says Hunter, “but I think the challenges to this little fellow surviving are really immense.”

While it’s not impossible, if the leopard cub were to survive, here’s what would have to happen.

Read about the challenges this little leopard still faces on National Geographic.