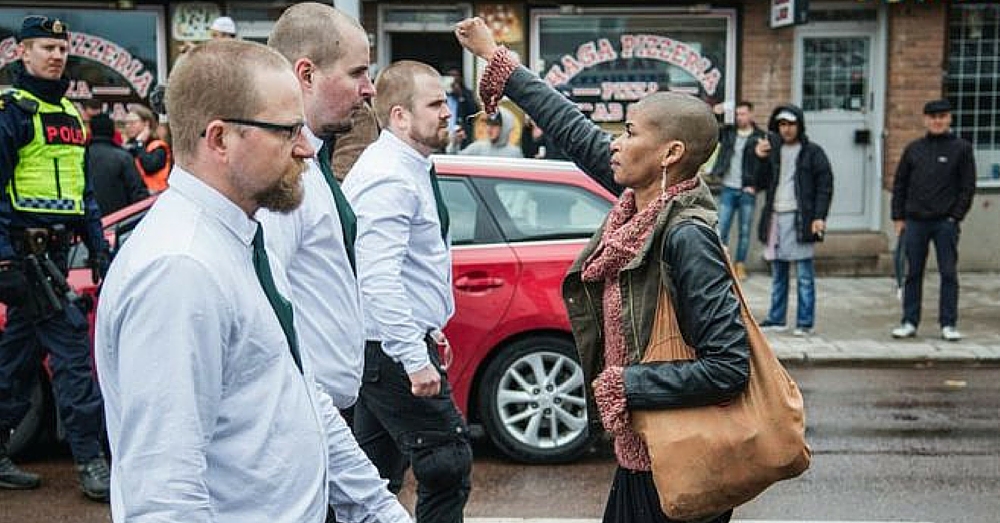 A photograph of a woman with her fist raised defying a uniformed march of neo-Nazis in Sweden has gone viral.

Activist Tess Asplund took part in a counter-demonstration during a Nordic Resistance Movement (NRM) rally in Borlange on Sunday.

She has been widely praised on social media, including by Harry Potter author J K Rowling, who has called her “magnificent”.

Ms Asplund said she was “shocked” by the reaction.

The anti-racism activist told Swedish P4 radio station that her act was an impulse, as she thought the neo-Nazi demonstration should not be being held there.

Some 300 people attended the march. Others joined the counter-demonstration, many wearing clown costumes.

The picture, by photographer David Lagerlof, has been widely shared on social media and by newspapers and websites around the world.