People Are Calling This The Best Short Film Ever. 1 Minute In We Think You’ll Agree 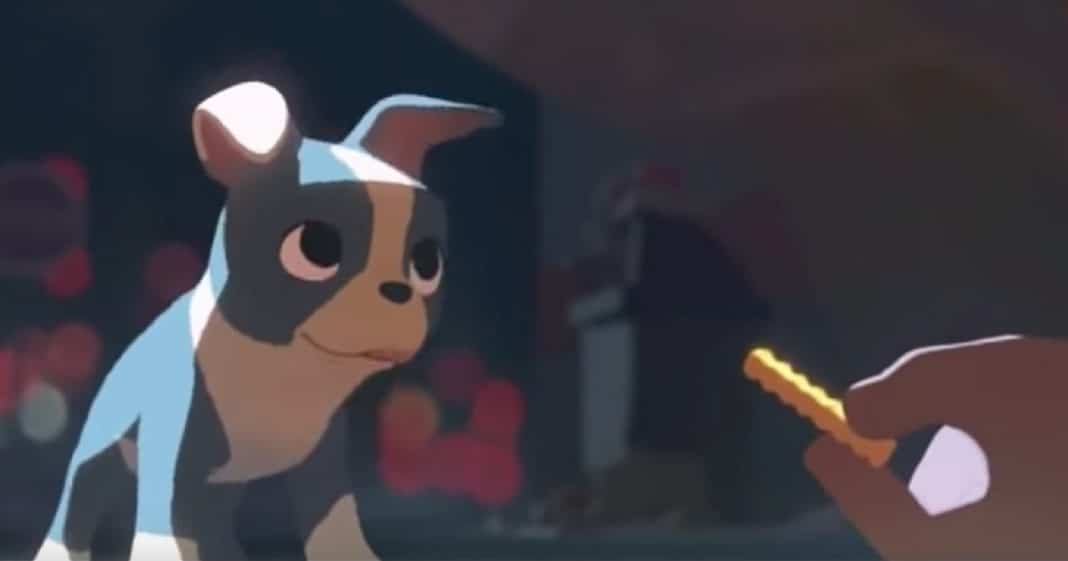 There’s a reason dogs are called man’s best friend. They show us constant love and devotion and quickly become an integral part of our families.

This short film, directed by Patrick Osborne and produced by Walt Disney Animation Studios, captures the heart of a dog and the special presence they add to our lives.

The film, called Feast, follows the story of a stray male Boston Terrier puppy named Winston who is found and rescued by a man named James.

The beginning of the film shows James and Winston living the bachelor life together and James feeding Winston all of his table scraps, which, of course, Winston loves.

As the film progresses, though, James brings someone else home who shakes things up a bit. His new girlfriend is a healthy eater, and Winston is not too fond of the scraps he’s getting now.

Eventually, the couple breaks up, which Winston is happy about at first because it means meatballs are back on the menu. But when he realizes how sad James is, he devises a plan to get the couple back together.

Click below to see the sweet ending that will warm your heart and perhaps even have you reaching for the tissues!

It looks like Winston will be feasting again now that’s he’s got a new partner in crime!

While we would never suggest feeding a real dog all of this food, as that could have a severe impact on their health, we love the message behind this sweet short film about pet rescue and adoption and the special role dogs play in our lives.

Did you love this short film as much as we did? So share this!