People are Flocking to Bird Rescues During the Pandemic 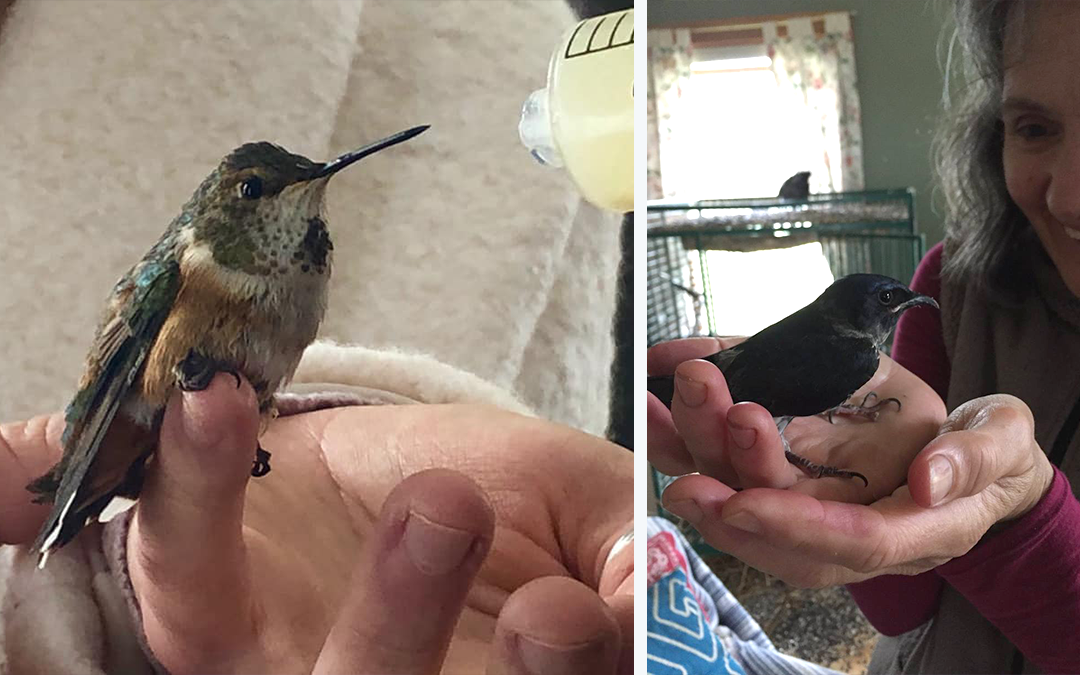 The past year was “an insanely busy year” for bird rescues, according to Julianna Parker. The wildlife rehabilitator runs the nonprofit Otter Creek Wildlife Rescue in Addison, Vermont.

Due to the COVID-19 pandemic, more people are spending time at home and in nature. As a result, they are coming across more animals and birds in need of help.

Over the past year, she rehabilitated 200 birds versus the typical 100 in an average year.

Of those rehabs, she’s saved all kinds of species with colorful names:

On Facebook, the pictures show how caring the group cares for each one, providing cozy blankets and tender cuddles.

“Pretty much every bird we rehab gets right into my heart!” the rescuer wrote.

A Lifetime of Bird Rescues

For over a decade, Parker and her daughter Sophia, 22, have been taking part in bird rescues. Parker has been doing it since she was just 19-years-old, learning how to rehabilitate after obtaining state and federal permits. Her husband, a state game warden, helps her in her endeavors.

Over the years, she’s gained experience with each species, learning about their special diets and needs.

It all started when Parker found a baby starling that fell from the nest. Calling on a friend at the Cornell Lab of Ornithology, she asked what she needed to do. Then she found herself feeding the baby worms every 20 minutes. For the next month, the starling was a constant companion – so much so that people started calling her “that crazy bird lady.”

After that, she was the go-to person if anyone found a bird that needed rescue. From there, she found out her calling was rescuing birds and other animals. After they are healed and strong enough, each one is returned to the wild.

Today, starlings remain among her “most beloved” bird rescues.

“They are smart and hilarious, compassionate with other birds, marvelous flyers in tandem with each other, inquisitive, and capable of a wide range of vocalizations (one long time pal imitates both Sophia and raven calls brilliantly) — truly delightful creatures,” she wrote on Facebook.

In summers past, the rescuers loved teaching kids as young as five how to rescue animals.

“The tenderness, the deep focused attention, the intent to give comfort and care – these are palpable,” the group states on Facebook. “The animals feel it and benefit from it. So do the children. Children have a natural instinct to help animals in need.”

As kids learn how precious each life is, they gain a lifelong interest in protecting wildlife and nature.

Saving a Hummingbird in Winter

Recently, Parker has been rehabilitating a Rufous hummingbird caught in an apartment in the dead of winter. Another nonprofit, the Green Mountain Animal Defenders, issued an urgent call to see if someone could offer a life-saving drive to get the bird to Sophia two hours away. Fortunately, numerous volunteers responded to the call.

With no flowers growing from which to feed, the bird was doomed. Parker isn’t sure why the little guy didn’t fly south but suspects it was an inexperienced young bird that got separated from its family.

Instead of offering flowers, she’s making do with an offering of fruit flies and nectar from a zookeeper organization. Experience tells her to avoid flowers from stores treated with hazardous chemicals.

Fortunately, the bird rescue is well-suited for a hummingbird, with an indoor aviary and wildlife room. If confined to a cage, the hummer could injure itself as its tiny wings flap at high speed.

“He flies like an angel,” she said. “He whizzes around the wildlife room like, well, a hummingbird!”

Sophia has a close bond with the hummingbird, which now lands on her finger to drink from a dropper.

Recommended: Colette the Artist Pig Brings Smiles and Health Care to Her Community

Complicating the rescue efforts, Parker has been fighting leukemia during the pandemic. Due to a compromised immune system, her usual group of volunteers can’t help her with the time-consuming work. Fortunately, Sophia continues to help and has been “a godsend” for the wildlife rescue.

Check out Otter Creek Wildlife Rescue to learn more about the efforts of these wonderful bird rescuers. We’re inspired by the compassion and love they show for each tiny life.

During the pandemic, many of us have a stronger appreciation for nature. Wild places offer a refuge where we can be at peace and feel a deep connection. So, as we care for our wildlife and wild places, we are nurturing ourselves in return.