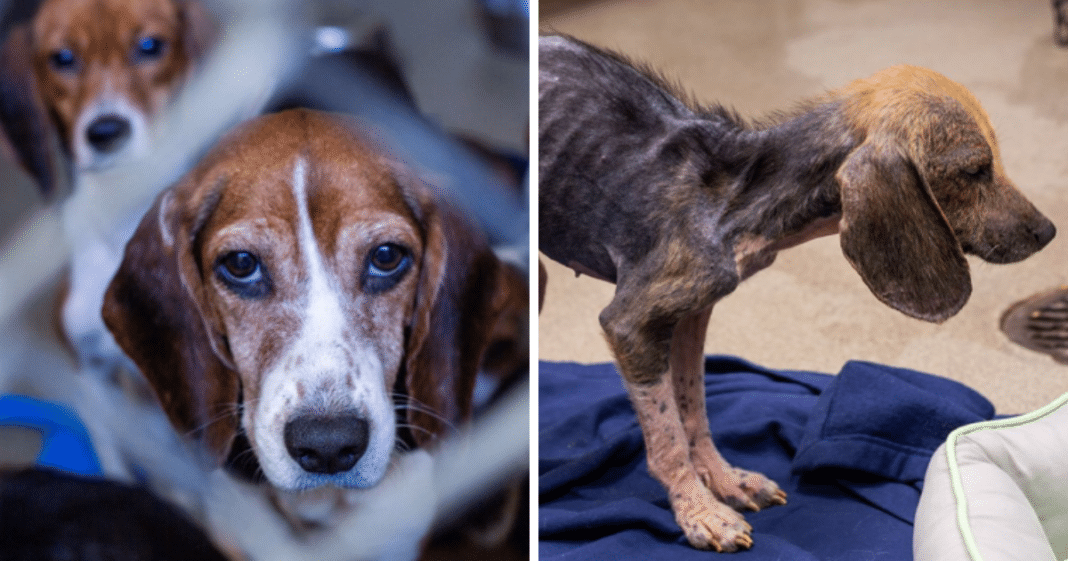 The Lehigh County Humane Society in Allentown, Pennsylvania, has been giving “Beaglemania” updates after rescuing 71 beagles barely surviving in “deplorable conditions” from a home in Upper Saucon Township. The beagles are filling up the non-profit shelter’s kennels since they were saved on October 6.

An ongoing investigation is being conducted to determine what charges may face the man who inherited the beagles when a woman living at the small home died last month. The police received a noise complaint and originally estimated that just 25 dogs were inside the home. Then the number almost tripled when animal welfare workers went inside.

It took six hours to remove all of the beagles. The Humane Society’s police officer, Barbara Morgan, said she had never seen so many dogs crammed into such a small space.

The woman who lived there was breeding and selling the beagles without a license, according to Mary Shafer, executive director of the county Humane Society. She says the woman was also acting as an unlicensed beagle rescue. 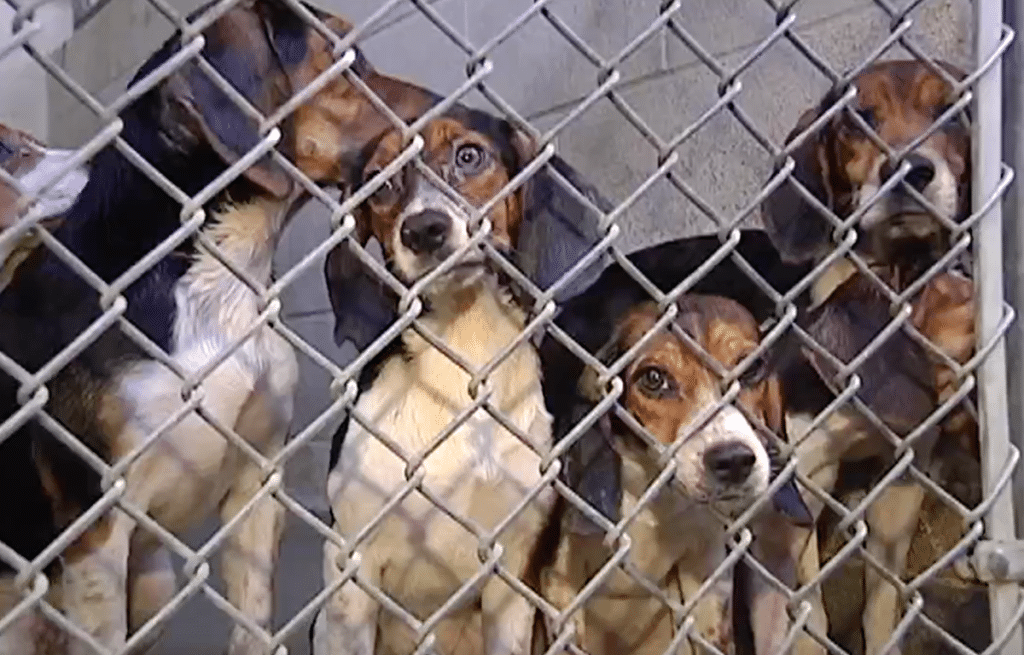 A few of the rescued beagles now filling up the shelter

The shelter is trying their best to care for the beagle population explosion, relying on donations for medical care, cleaning supplies, leashes, collars, and other items for the dogs. The community has generously donated stacks of dog food, but the shelter is contending with high veterinary costs since many of the beagles suffer from serious health issues. 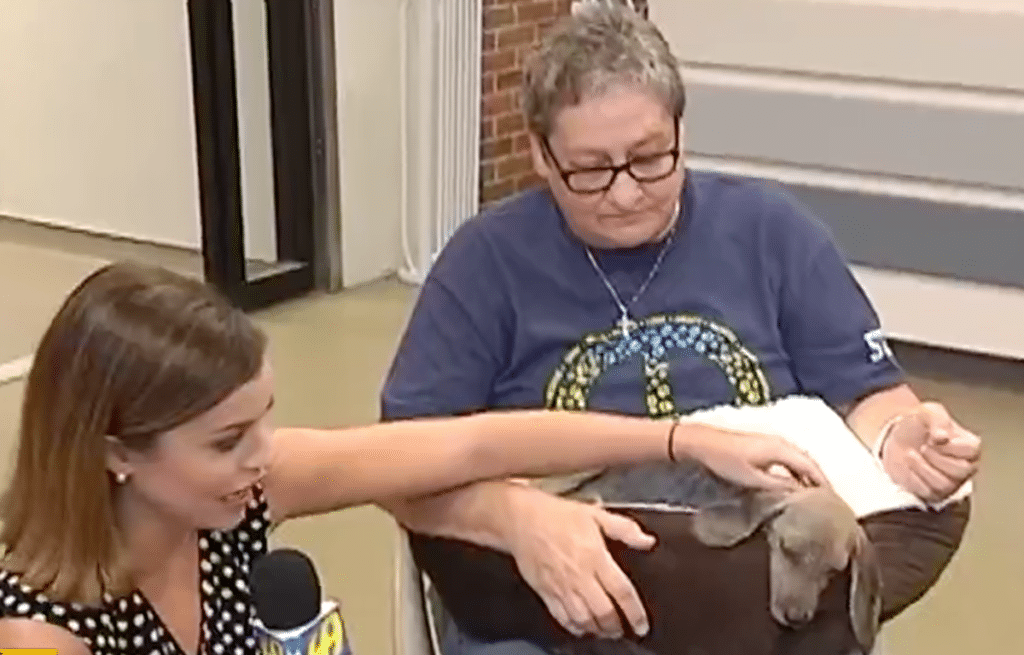 Animal welfare workers saved 71 beagles, some of which were underweight and near death. Sceenshot via WFMZ-TV69 News

Two of the dogs were found dead at the scene, while many others are underweight, have fleas, mange, and vision issues. They found puppies a few weeks old up to senior age dogs that now have to learn how to interact with humans since they have spent their entire lives knowing mostly only the other dogs. 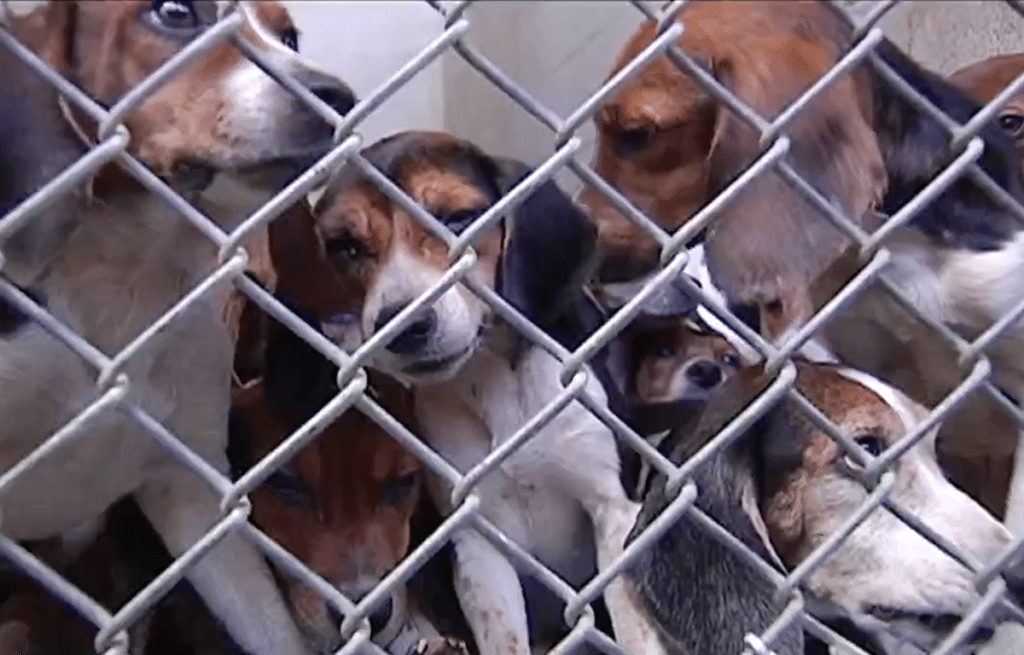 Donations can be made at www.thelehighcountyhumanesociety.org, where there is more information about fostering and adopting the dogs once they have completed their medical evaluations.