Passengers Roll Eyes When 2-Yr-Old Gets On Plane, But What He Does Next Melts Their Hearts 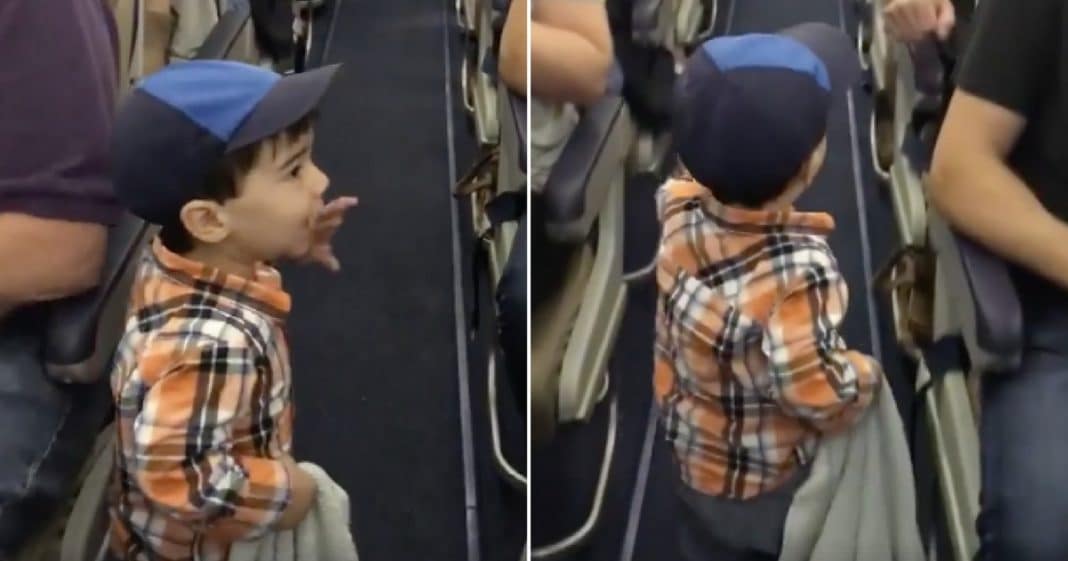 Flying just isn’t as fun as it used to be. Crowded airports, long TSA lines, tight quarters, and rushed connections can all add up to a lot of stress and discomfort. Throw a screaming child in the mix and, for some passengers, the flight can be almost unbearable.

That’s why you can’t blame a person for having reservations when a young child gets on the plane, but this little guy adorably shut any naysayers down with the sweet way he made his way down the aisle.

Alya Jakubowicz posted a video of her 2-year-old son Guy boarding their Southwest flight from Kansas City to Chicago, and in just days he has already managed to capture millions of hearts with the precious way he greeted all of the other passengers.

“My son on the campaign trail, attempting to win the hearts of airline passengers in the hopes of becoming the next Southwest ambassador,” Alya joked in her caption on Instagram. “He is making flying the friendly skies even friendlier with one fist bump at a time!”

While some of the passengers looked bored, disinterested, or even annoyed when Guy first approached, every single one of them had a smile on their face after their brief interaction with the little guy.

Since the video has gone viral, thousands have written in to say how touched they were by Guy’s simple, yet heartwarming gesture.

“He just made everyone’s day!” said Megan Lee. “Who could possibly have a bad day after getting a fist bump from an adorable 2 yr old!!”

“Guaranteed that pretty much everyone who got a fist-bump enjoyed their flight just that littlle bit more,” Andrea Loken agreed. “Way to go, little guy!!”

One person even shared that watching Guy brighten everyone’s day brought back memories of her own son, who also had a lot of love to share.

“This brings back memories of my son who was the same age as this lil’ sweetie and when we’d go in to McDonald’s he’d have to first go hug everyone sitting eating before we ordered…every time. LOL I sure miss that. He’s 19 next week,” Karen Wolfe wrote, adding, “He’s still a loving kid – if I can still call him that at nearly 19!”

We hope Guy will continue to show this kind of love as he grows older. Something tells us he will!

Did this sweet video brighten up your day? So share this!